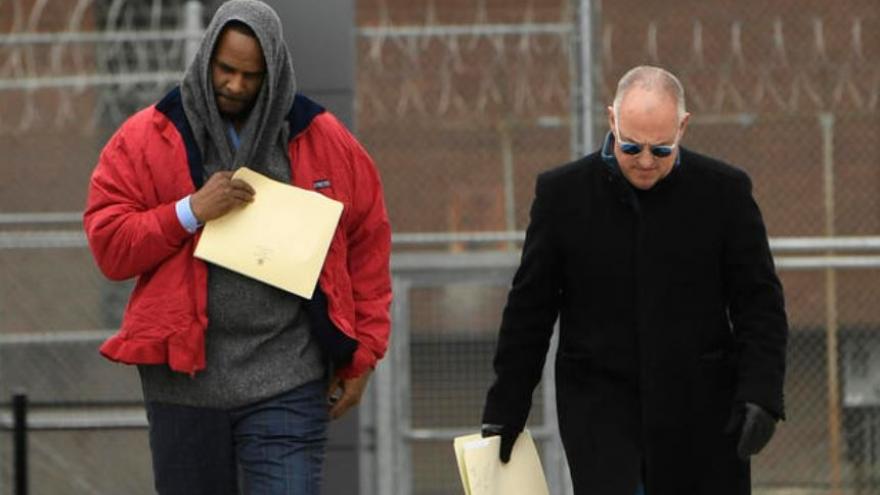 (CBSNEWS) -- R. Kelly was released from a Chicago jail on Saturday after someone paid $161,000 in back child support for him, officials said. Cook County sheriff's spokeswoman Sophia Ansari said she did not know who made the payment.

It came three days after a judge ordered Kelly jailed until he paid the total amount he owed by that date. Kelly briefly spoke to reporters after his release. "I promise, we will straighten this out," he said. "That is all I can say right now."

"Anything you would like to say to your fans?" one reporter asked. "I love my fans," he said.

In his explosive interview with "CBS This Morning" co-host Gayle King, he said he only had $350,000 left in his bank account.

"So many people have been stealing my money. People was connected to my account. I went into — I went by myself for the first time to a Bank of America. Didn't know what I was doing. Didn't know what the hell was going on," he said.

Kelly was charged last month with 10 counts of aggravated sexual abuse pertaining to four women, including three who were minors when the alleged abuse occurred. He has denied wrongdoing and pleaded not guilty to the charges.

Kelly spent a weekend in jail after his arrest last month and wasn't freed until a 47-year-old suburban Chicago business owner posted his $100,000 bail.

Kelly has faced intense scrutiny for more than a decade, which was reignited in January after the six-part Lifetime docuseries "Surviving R. Kelly." It featured interviews with seven accusers and former members of his inner circle. They all said Kelly preys on vulnerable women and young girls.

In his interview with King, the singer denied the allegations and called his accusers liars.