Quiet weekend with plenty of clouds

Besides the 1-2 hours of sunshine some of us saw Sunday afternoon, we have been stuck under the overcast for 10 straight days in Milwaukee. In fact, it's been nearly a month since we've had a mostly sunny day. 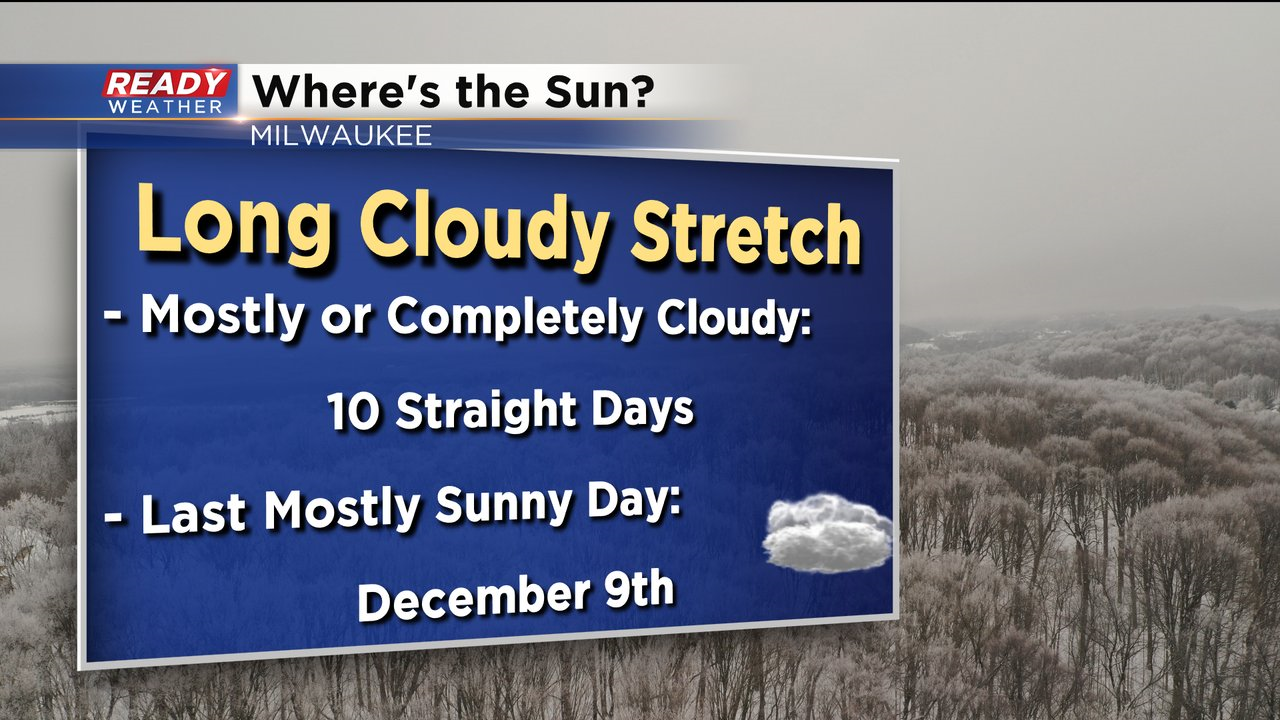 We've had a few flurries and drizzle from time to time this week under the cloud cover, but a lake effect snow band came onshore this morning and dropped nearly an inch of snow in parts of Racine and Kenosha counties. We'll be quiet this afternoon, but later tonight into early Saturday morning we'll be watching as a few lake effect flurries will try to brush the lakeshore. 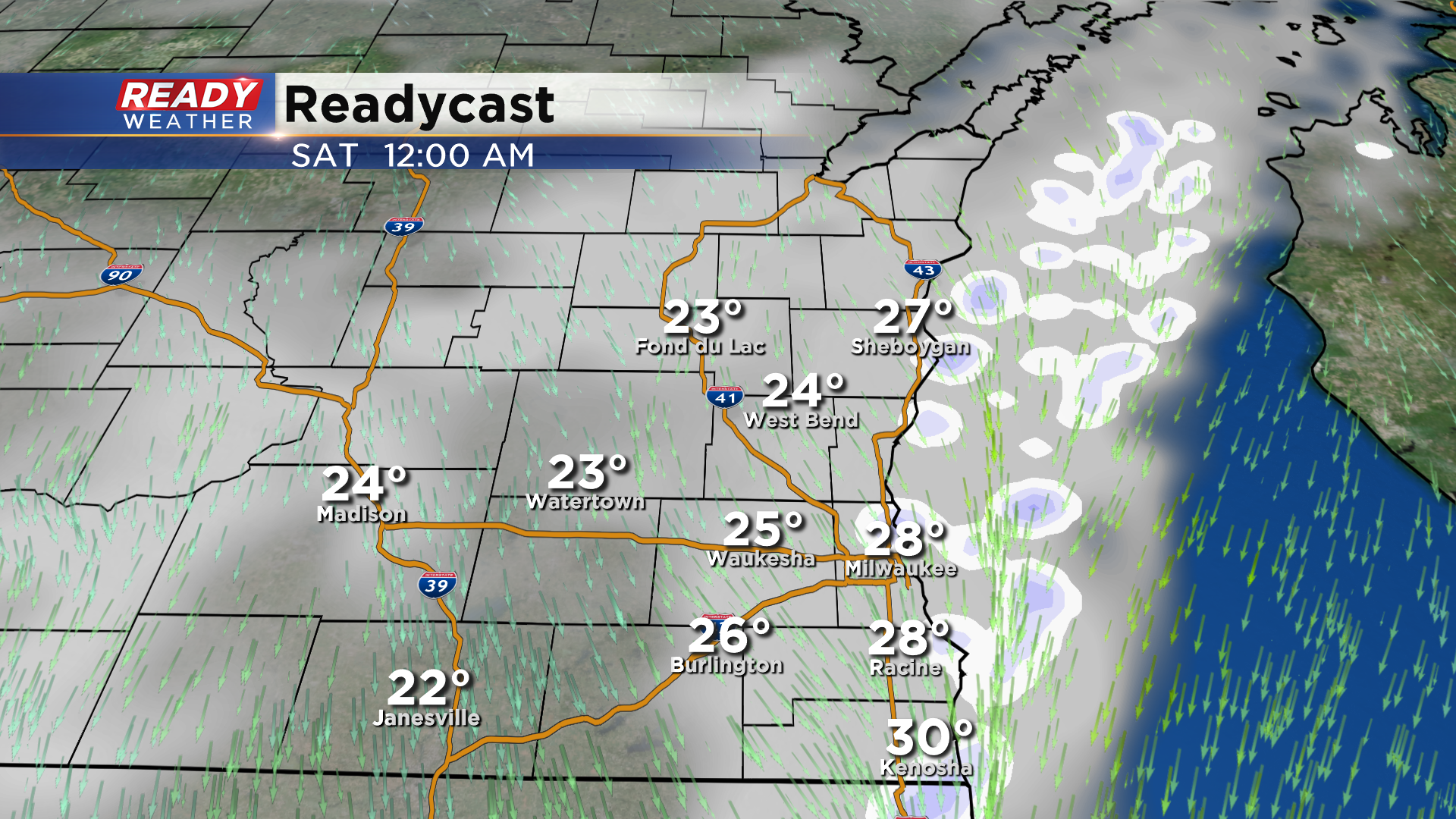 Conditions won't be as favorable as they were early this morning, but folks right along the lakeshore could pick up a dusting before winds shift mid to late morning on Saturday and bring an end to the lake effect threat. 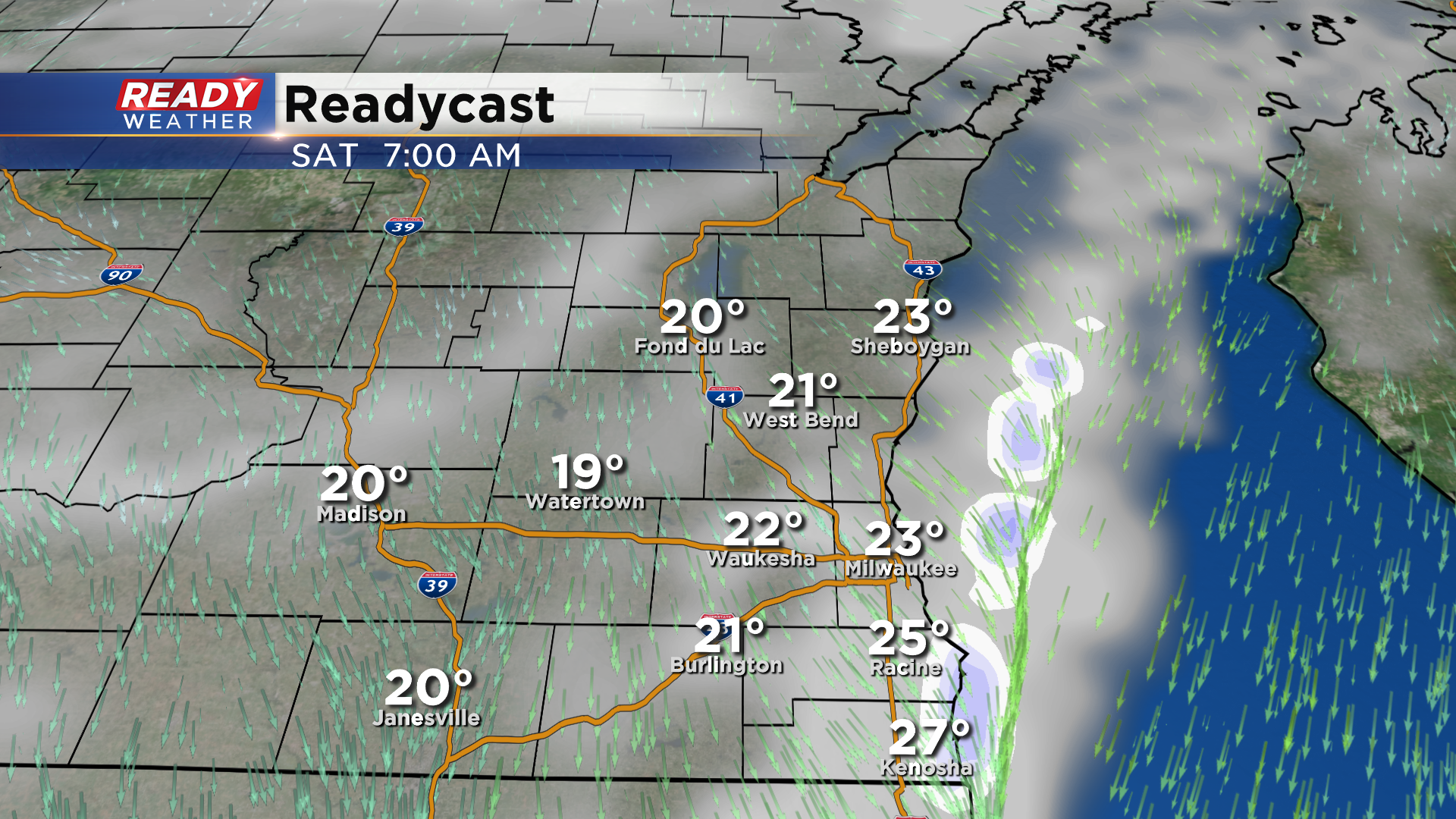 The overcast sky will continue throughout Saturday, but an upper level disturbance will move through the state on Sunday, which could allow for a few breaks in the cloud cover. Better chance for some sun to mix with the clouds will come early next week. 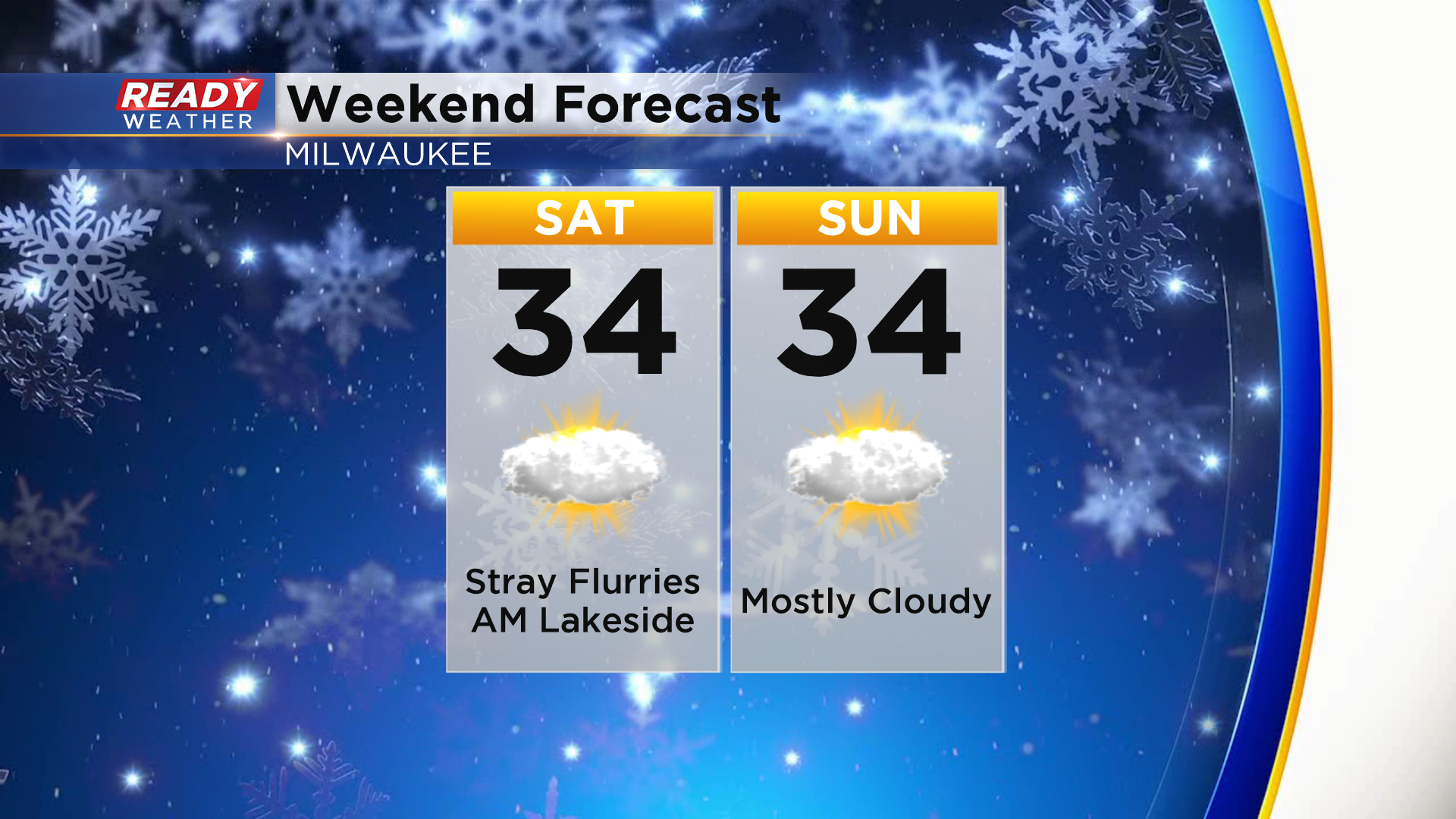