Late Evening Update: Snow continues across parts of the area 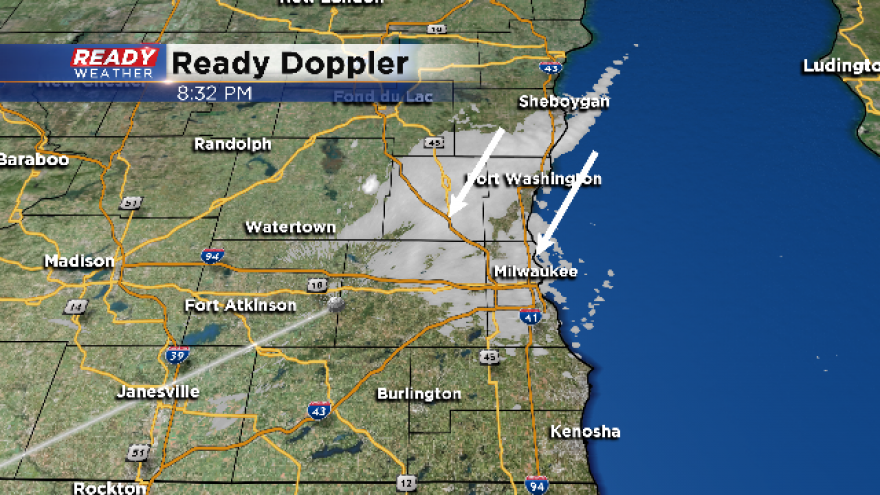 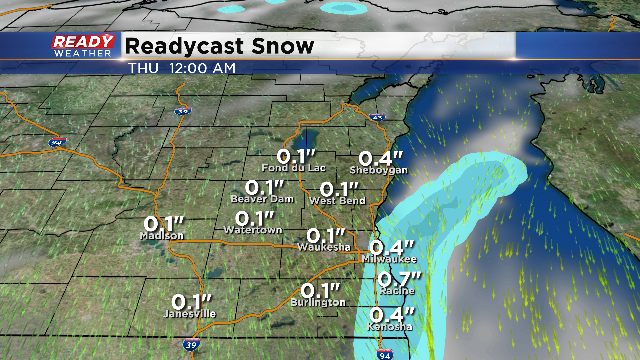 A lake effect snow band has now developed on a northeast wind.  This band will be confined to mostly the counties along the lake through Midnight.  Even though the band will persist, it will only produce another half inch of snow.

Side roads have become very slick across the area, so use caution with your late evening travels. 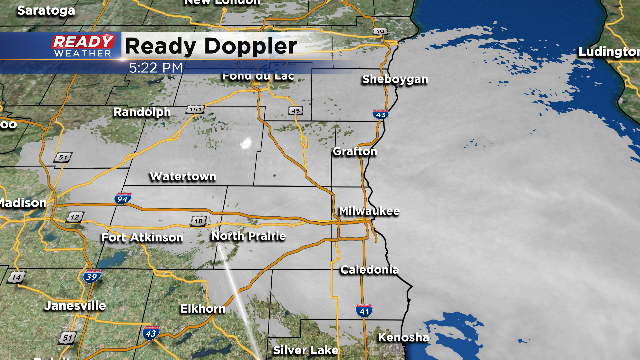 The last of the measurable snow will arrive through 10 pm.  The heavy snow band will continue to move south with lower visibility and another inch of snow possible.  Roads will remain slick this evening, so please use caution with travel.

There's a chance that some lake effect snow develops along the lakefront between 9 pm and 2 am.  Some additional light accumulation will be possible; however, the greatest chance for measurable snow will occur now. 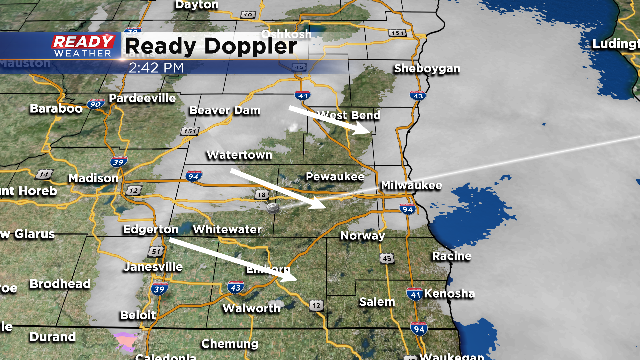 Snow is in progress across portions of the area, especially our counties along the lake.  As the low tracks southeast, the back edge of the snow will arrive later this afternoon and evening.

This band could reduce visibility and create another inch of snow.  In addition to the back edge, the winds will turn northeast with another chance for lake effect snow later this evening.

Most of the snow will finish up after 10 pm; however, some areas along the lake could experience some lake effect through Midnight. 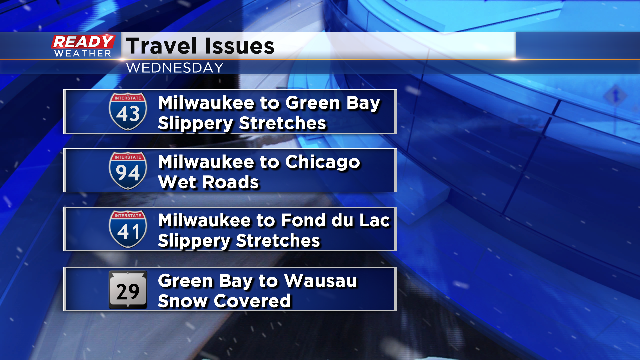 Bottom line we expect an additional 1" to 2" of snow before the snow comes to an end.  Roads could become slick this afternoon and evening, so please use caution.  Here are some roads that could have some issues.

The main band of snow that moves through this afternoon continues to shift north so the National Weather Service has cancelled the winter weather advisory for all counties except Sheboygan. 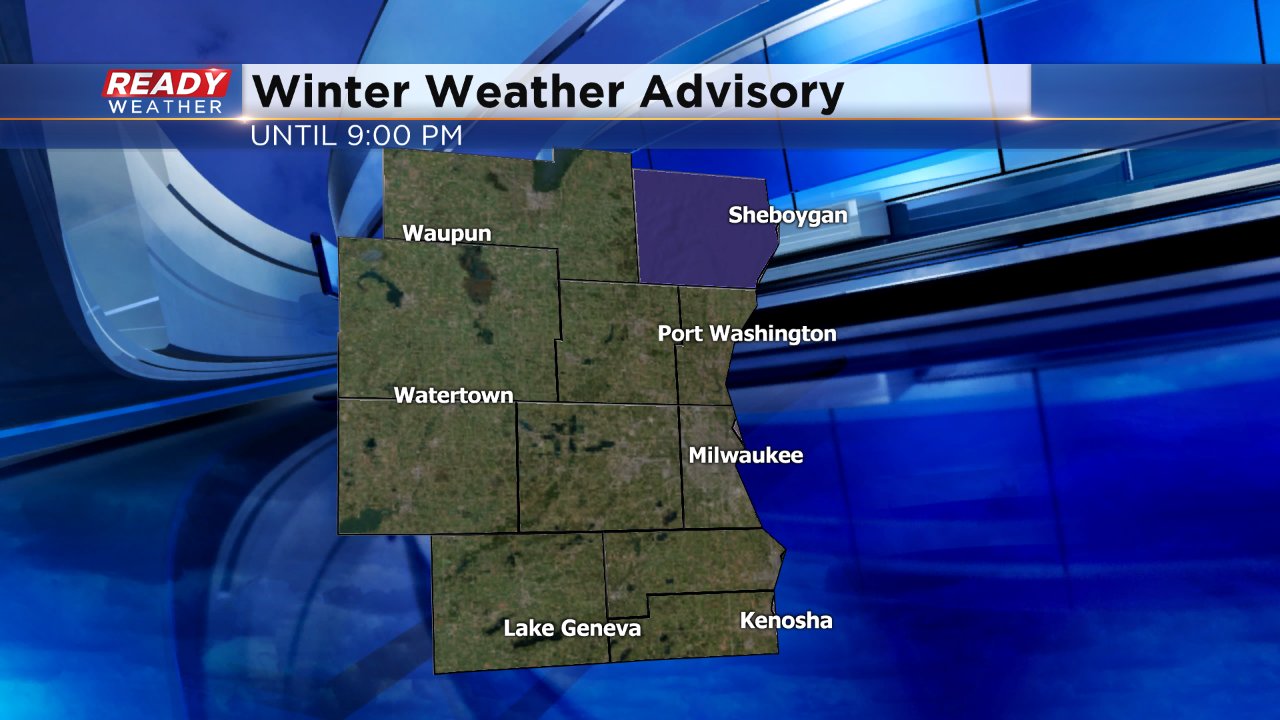 Parts of Sheboygan County still have the possibility to pick up 1-3" of snow, but elsewhere totals will remain anywhere from a trace to 2". 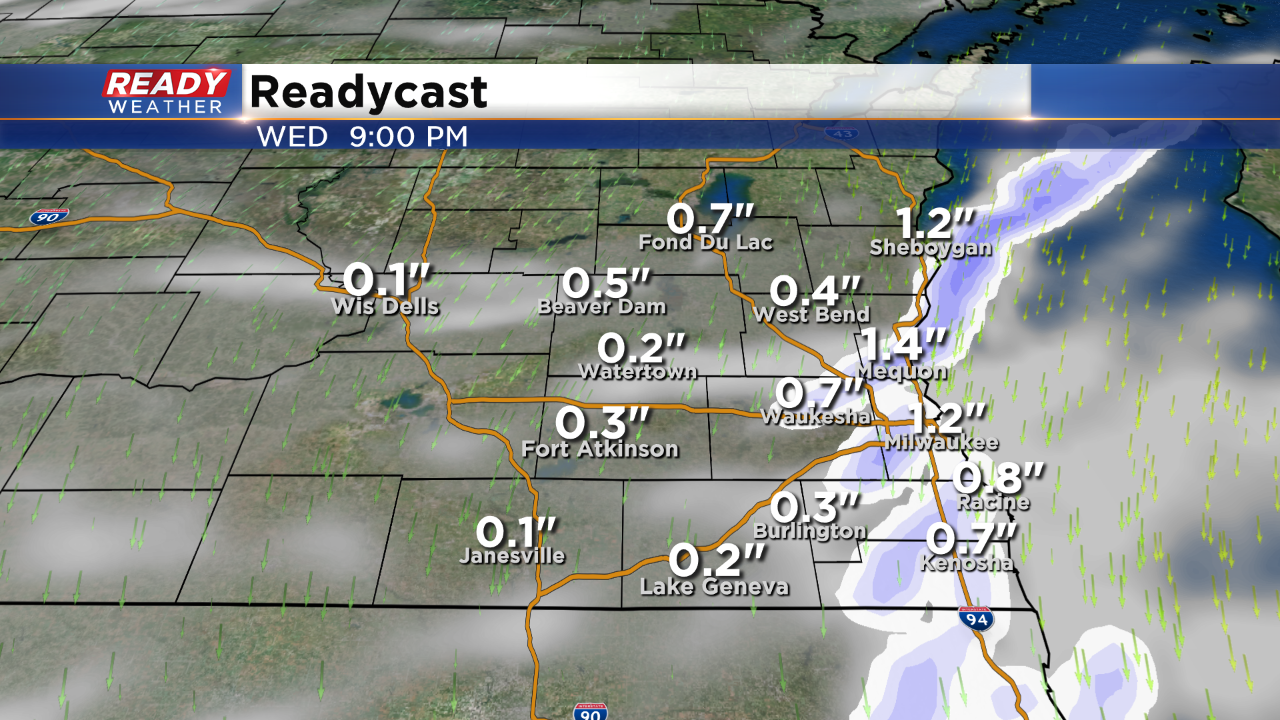 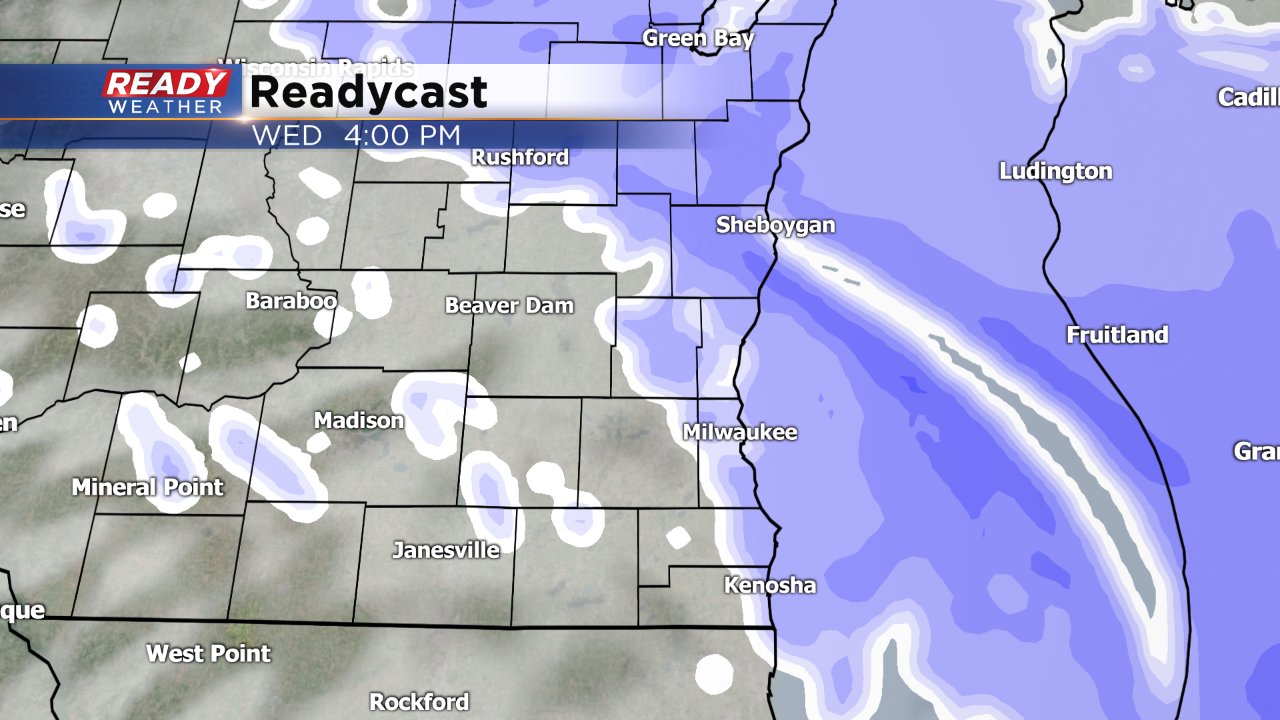 The evening commute could still be a little tricky with snow falling in spots and the possibility of lake effect snow. Take a look at the latest Readycast snow totals.

Another Alberta clipper will send snow into the area today with snowfall starting this morning. The heaviest snow will take place in our northern areas. A Winter Weather Advisory has been posted for most of southeastern Wisconsin except Walworth, Racine, and Kenosha.

This is a very complex and challenging forecasts that all meteorologists in this market are pulling their hair out! The way things are laid out, 4”-6” of snow could fall in our northern tier counties, while 1”-2” seems like around the Milwaukee metro with some higher amounts north and northwest. 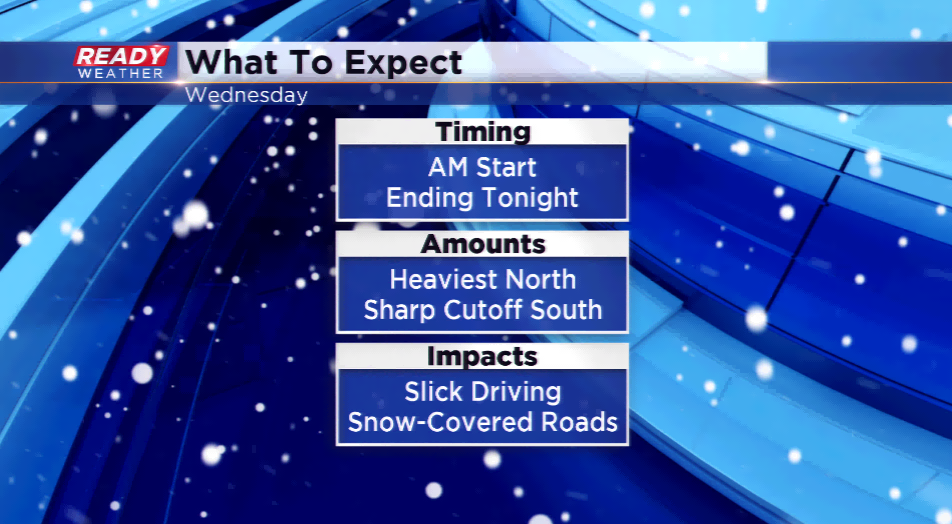 The main band will press in this morning with lingering lake enhanced snowfall possible this afternoon. Those are the locations that could see the heaviest. Give yourself extra time to get to work and from with hazardous driving conditions. Stay up-to-update on this changing forecast by downloading the CBS 58 Ready Weather App that is free on Apple and Android.