PwC: 'We failed the Academy' in Best Picture Mess Up 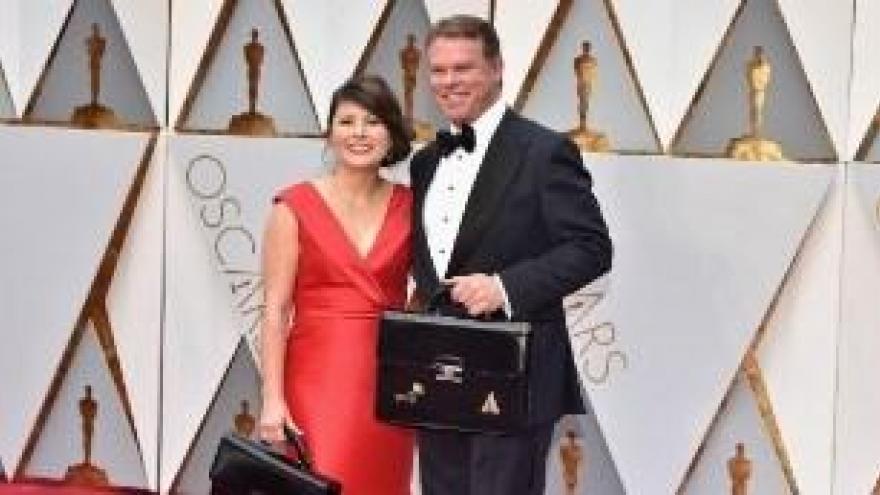 Los Angeles (CNN)PricewaterhouseCoopers has taken "full responsibility" for the mistakes and "breaches of established protocols" that led to "La La Land" mistakenly being named best picture at the Oscars on Sunday night in one of the most infamous gaffes in the show's history.

In a statement released Monday evening, the firm confirmed that PwC managing partner Brian Cullinan "mistakenly handed the back-up envelope for Actress in a Leading Role instead of the envelope for Best Picture to presenters Warren Beatty and Faye Dunaway."

"Once the error occurred, protocols for correcting it were not followed through quickly enough by Mr. Cullinan or his partner," the statement said, referring to PwC's Martha Ruiz.

PwC's statement added: "For the past 83 years, the Academy has entrusted PwC with the integrity of the awards process during the ceremony, and last night we failed the Academy."

The Academy also broke its silence on Monday evening.

In a statement, it apologized "to the entire cast and crew of 'La La Land' and 'Moonlight' whose experience was profoundly altered by [the] error."

"We salute the tremendous grace they displayed under the circumstances," the statement said. "To all involved?-- ?including our presenters Warren Beatty and Faye Dunaway, the filmmakers, and our fans watching worldwide? -- we apologize."

The Academy added: "We have spent last night and today investigating the circumstances, and will determine what actions are appropriate going forward. We are unwaveringly committed to upholding the integrity of the Oscars and the Academy of Motion Picture Arts and Sciences."

The statements come after revelations that Cullinan was tweeting shortly before the mistake was made.

At 9:05 p.m. on Sunday, Cullinan sent a now-deleted tweet from his personal account that showed fresh-off-the-stage winner Emma Stone smiling with her new Oscar in hand.

The tweet is viewable in a cached page on Google.

The social media post came just minutes before Dunaway and Beatty were inadvertently given the envelope containing the already announced best actress results.

Cullinan has not responded to CNN's request for comment as of Monday evening.

PwC quickly apologized on Sunday night and said they were "investigating how this could have happened."

In the history of the Oscars, only one similar event has taken place.

Back in 1964, Sammy Davis Jr. was handed the wrong envelope when presenting the best musical score (adaptation or treatment) category and accidentally announced the winner for original musical score.