Putting The Pedal to The Metal for Milwaukee Arts 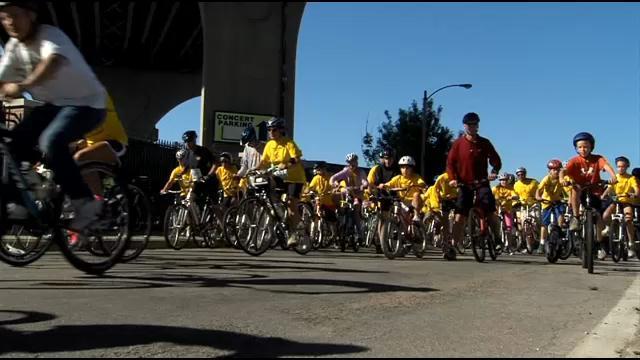 Some say the United Performing Arts Fund, or UPAF, is the backbone to Milwaukee's art scene. Of course next Sunday, May 31st, is the huge bike ride fundraiser for the organization. CBS58 had the chance to speak to one of the non-profit's campaign co-chairs.

Mark Sabljak loves to brag about the art scene in his fair city. Also, this publisher for the Milwaukee Business Journal spends some of his time trying to raise money for UPAF.

UPAF benefits 15 member groups, including the ballet and symphony orchestra, by providing essential operating funds to these organizations. UPAF itself receives no help from the government. It's soley reliant on individuals, companies, and foundations for all money raised.

The goal this campaign season is $11.86 million dollars. It's a bit more than 2014. Art education for students is high on the list. The Milwaukee Youth Symphony Orchestra, or MYSO, is a recipient.

One of UPAF's missions is promoting itself, letting people know its true value. Sabljak contends as long as there is art in Milwaukee, there will also by UPAF.

UPAF has raised more than a quarter of a billion dollars since it started in 1967. There's still time to register for the \"Ride for The Arts.\" The event takes place a week from this Sunday. There will be a team of folks participating from CBS58. We hope to see you there.