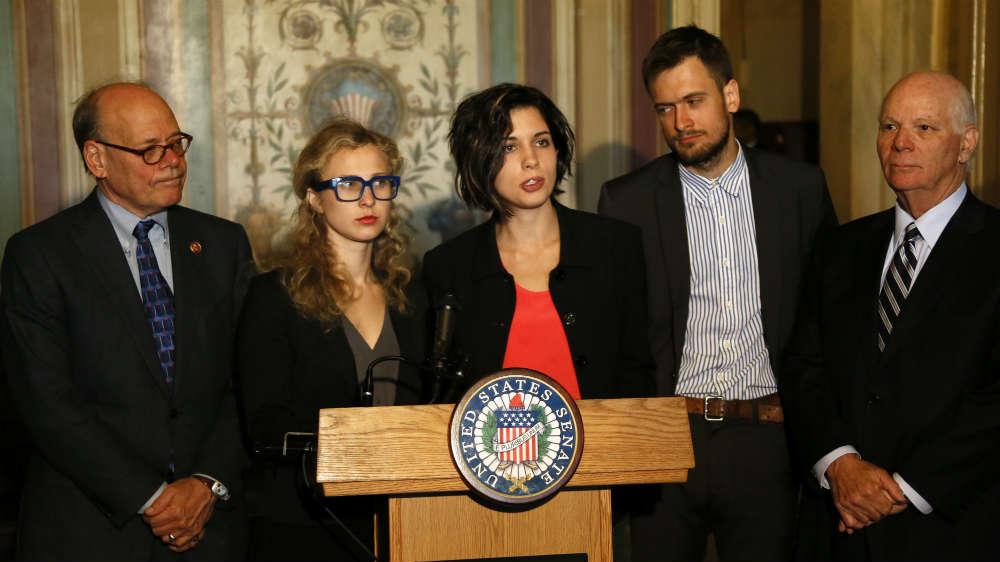 \"This song is for Eric and for all those from Russia to America and around the globe who suffer from state terror -- killed, choked, perished because of war and state-sponsored violence of all kinds -- for political prisoners and those on the streets fighting for change,\" the band said Wednesday. \"We stand in solidarity.\"

Garner, an unarmed black man, died in New York in July after a white police officer put him in a chokehold. A grand jury in December decided not to indict the officer, Daniel Pantaleo.

The band recorded the track in New York in December, amid the protests following the grand jury decision not to indict Pantaleo.

They released two different videos for the song Wednesday.

One is a compilation of footage filmed at the site of Garner's death on Staten Island. It shows memorials and demonstrations after the grand jury decision and features members of Garner's family.

\"It was a cold and militarized winter, a time of grief and outrage,\" the band said.

The other video shows Pussy Riot's two highest-profile members, Maria Alyokhina and Nadezhda Tolokonnikova, gradually being buried in a grave.

They're wearing blue Russian riot police uniforms, which the band said was a reference to \"the violent clashes of police and the protesters fighting for change in Russia.\"

As clumps of soil drop onto the women's bodies and faces, the song's main refrain repeats over and over, \"It's getting dark in New York City.\"

The camera then rises up from the filled-in grave as a voice reads a transcript of the final sentences Garner said to the police officers who approached him.

That video also includes a reference to the Ukrainian conflict, showing a pack of \"Russian Spring\" cigarettes in its opening moments.

\"'Russian Spring' is a term used by those who are in love with Russia's aggressive militant actions in Ukraine, and the cigarettes are a real thing,\" the band said.