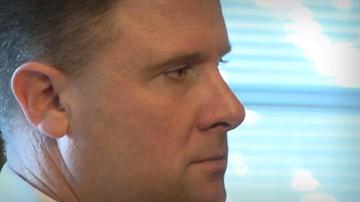 MILWAUKEE -Some local officials are trying to help a transit supervisor get his job back. William Bierman was on the job last October when he noticed a confrontation between and a man and a woman on the street near 2nd and National Avenue. When the fight escalated, Bierman tried to call police but his transit radio was broken. He then decided to get involved to save the woman from harm. Instead of thanking him for his bravery, his bosses at the Milwaukee County Transit System first suspended Bierman then fired him. M.C.T.S. officials say Bierman compromised his safety and exposed his employer to potential liability. Alderman Bob Donovan awarded Bierman with the Golden Gloves award for fighting for a better Milwaukee on Wednesday. County Executive Chris Abele has apparently viewed video tape of the incident and doesn't believe it supports the termination. We understand that Abele has asked M.C.T.S. officials to reinstate Bierman. M.C.T.S. had no comment.