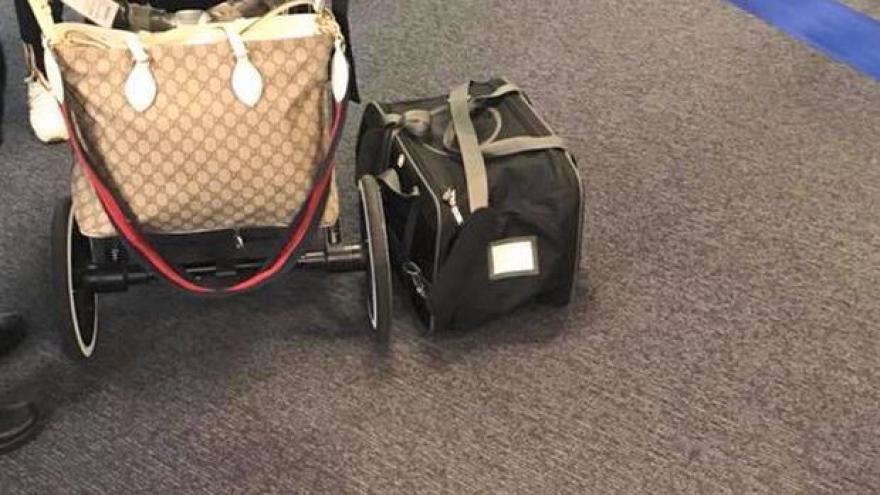 ARLINGTON, Va. -- Outrage has been building on social media over a picture of a family's French bulldog puppy, dead in its carrier, after a United Airlines flight attendant forced them to put the bag holding the dog in an overhead bin.

The dog belonged to a mother traveling with two young children from Houston to New York's LaGuardia Airport Monday night. Before takeoff, the bag apparently extended into the aisle. Online posts from witnesses said the passenger explained there was a dog in the bag, but the flight attendant insisted it go in the overhead.

That flight attendant told the airline she did not realize the pet was inside.

United says this is a tragic accident that should never have occurred, adding "pets should never be placed in the overhead bin. We assume full responsibility for this tragedy and express our deepest condolences to the family and are committed to supporting them."

This month, United and Delta limited what animals are allowed in the cabin following incidents like a flier trying to bring on an emotional support peacock on board. But a small dog in a carrier that fits under the seat is typically allowed.

The airline says it's 'thoroughly investigating' to prevent a situation like this from happening again. Animal deaths on planes are rare, but typically occur when a pet is being shipped as cargo, not in the passenger cabin. Meanwhile, the dog's owner has not commented.