Puppies? It must be Super Bowl week 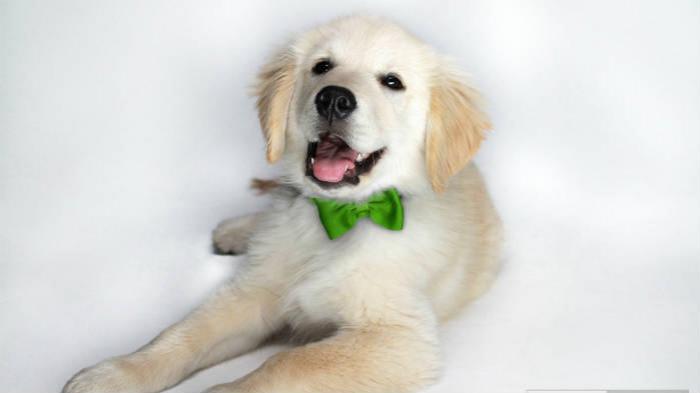 (CNN) -- Forget about the Super Bowl, the blizzard and the woes of the world.

This time of year, everything's better with puppies.

Seems like you can't throw a stick without running into a shaggy (or short-haired) dog story -- and advertisers, in particular, know that puppies demand attention.

Take GoDaddy.com. In recent years, the website registration and hosting company has earned the ire of many with its cheeky Super Bowl ads featuring voluptuous women and suggestive copy. Not that it's stopped them from doing the same thing again the next year.

But an ad about a puppy that's put up for sale? That's going too far.

A Change.org petition garnered more than 40,000 signatures before word came that the ad wouldn't air during the big game.

Budweiser, of course, would never provoke the anger of puppy lovers. The beer company has become a master of pulling America's heartstrings with its Super Bowl commercials, which have included, in recent years, some friendly canines.

This year, of course, is no different. Get out your tissues.

\"Budweiser unveils the commercial that will make you cry on Super Bowl Sunday,\" headlined USA Today. Take that, GoDaddy!

(And yes, that's a version of the Proclaimers' \"I'm Gonna Be (500 Miles)\" as the soundtrack. No doubt even the brothers Reid are weeping.)

Finally, Uber, the ride-sharing app that has picked up quite a bit of bad press in recent months, has come up with a surefire way of earning public approval. If you guessed that it involves puppies, you're right.

The company announced Wednesday that it's teaming up with Animal Planet, which broadcasts the annual Puppy Bowl, to deliver puppies to offices in several U.S. cities.

It's not free -- the price is $30 for 15 minutes of doggone fun -- but all proceeds go to participating local animal organizations.

All together now: Awwwww.

What's that? You're not a dog person? Well, there's always the second-annual Kitten Bowl, to be shown Sunday on the Hallmark Channel.

And cats can be heartwarming, too, as shown by a widely shared story out of Tampa, Florida.

As originally reported by Tampa's WTVT, Bart the cat was hit by a car and pronounced dead. The cat's grief-stricken owner, Ellis Hutson, had the cat buried.

Five days later, Bart showed up at a neighbor's door. His jaw was broken, and he was dirty and bloody -- but he was alive.

\"It was unbelievable,\" Hutson said. \"The cat was smelly; the cat was dirty. The cat had a big hole in the side of his head.\"

A veterinarian at the Humane Society of Tampa Bay performed surgery, and Bart, though he'll probably lose an eye, is recovering nicely.

\"I truly think Bart has nine lives and has eight lives left, because it is miraculous what he's done,\" Humane Society of Tampa Bay Executive Director Sherry Silk told the TV station.

So to heck with that football game and us crazy humans. We'll say it again: Awwwwwww.