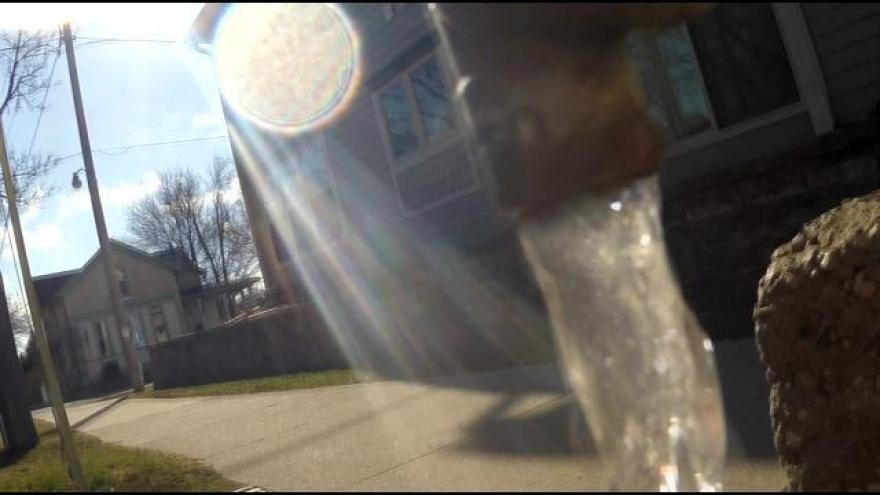 BAYVIEW-- It's a popular well in Bayview where many go to fill up each day.  Families bring their water bottles and jugs to the community well, including some from out of the area, like Anthony Johnson.

"It's the best source of water you can find as far as I'm concerned," said Johnson, who drove in from River West.

The Pryor Avenue Iron Well has been a fixture in Bayview since 1882.

"I do see a lot of people going to the well everyday, especially with their kids, and stopping on walks, things like that," said Jacob Rathkamp, a Bayview resident.

After some recent tests, officials are concerned the water from the well, may not be as safe to drink.

"There's no imminent danger, but we wanted to educate the public and let them know, there are some concerns," said Ald. Tony Zielinski, who represents Bayview.

Health officials issued a notice to residents informing them the water's strontium levels are higher than what's recommended by the Environmental Protection Agency (EPA).

"If you have infants I would definitely recommend not feeding this water to infants," said Ald. Zielinski.

Children who ingest too much strontium could develop a condition known as strontium rickets-- this can lead to bone deformities.

"I don't drink it, nothing like that, but I use it for almost anything other than that really," said Paul Menendez, who uses the well regularly.

Despite concern, health officials say adults should be okay and for some that's a relief.

"It's still better than tap water that has fluoride in it," said Johnson.

It's also important to note that strontium is a naturally occurring element, that's very common in soil and bedrock.  Zielinski says right now the city is exploring ways to maintain that water supply.