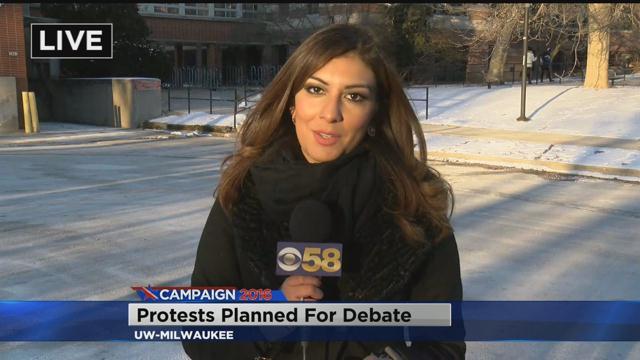 “The fight for fifteen" group is planning a march from Lake Park to UW-Milwaukee at five o'clock.

There is also a student organized protest planned for later this evening.

Earlier in the day the fight for fifteen protested at McDonald's on capitol driver to push their message for higher wages for fast food workers.

A small group held signs and chanted "strike" outside the restaurant around the noon hour.

One protester says if the candidates don't commit to raising the minimum wage.

They won't have their votes.

Milwaukee Police tell us its role will "be external" monitoring the areas around the debate venue.

The internal presence will be UW-Milwaukee police with possibly some other agencies.