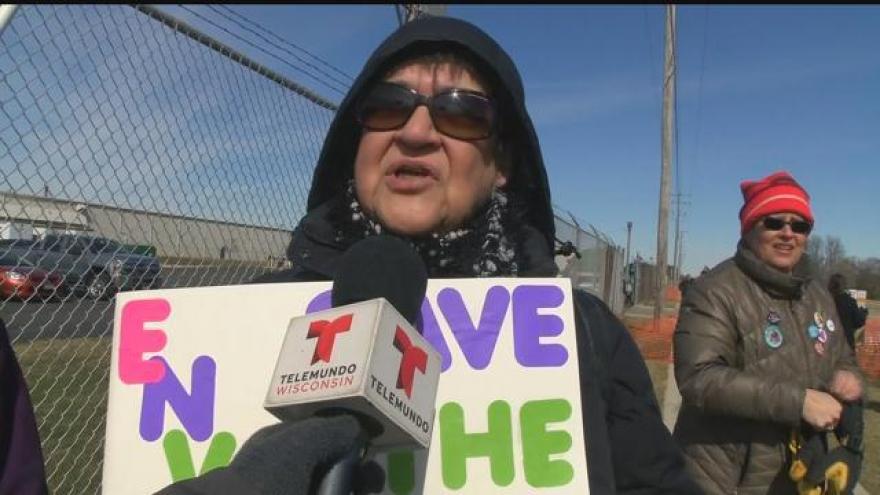 Police designated a protest area across the street from Blain's Supply Warehouse Friday as Vice President Mike Pence visited inside.

What had been a crowd in the dozens earlier in the morning, dwindled to four people by noon.

Several of them told CBS 58 News that they wanted the Vice President to know they don't approve of the Trump administration.

"I'm here because I'm worried about the future of the country," Linda Smith told CBS 58 News. "I'm a mom and a grandma and I care for people. Everything that's happened in the last month has gone against the things I feel are very important."