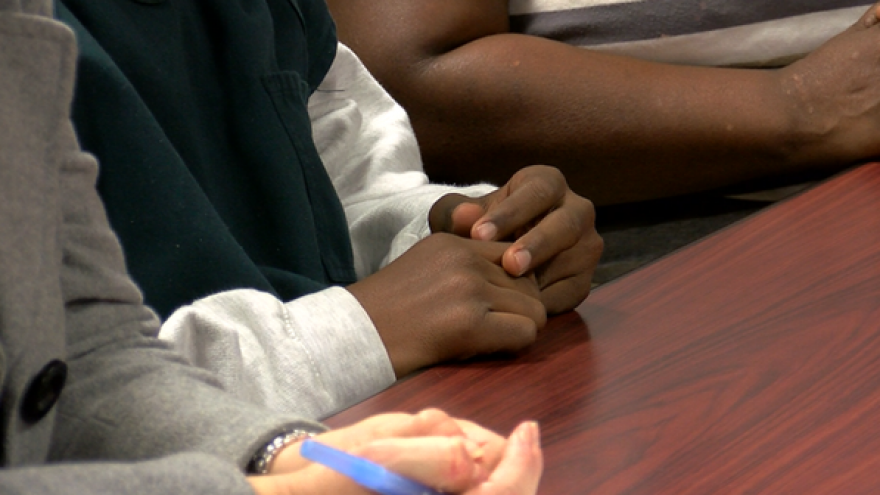 Four Ohio teens who are accused of tossing a sandbag from an overpass that struck and killed a man appeared in court on Tuesday. Charged with murder as juveniles, the teens remain in detention.

"I saw tears today from each of the juveniles and I don't always see that at a detention," said Lori Olender, the deputy chief prosecutor of the juvenile division. "I can say that I can't get into their head to say... I do know that one through his attorney stated how upset he was and how sorry he was for the victim."

Last week, Marquise Byrd, 22, was riding with his friend on Interstate 75 in Toledo when a sandbag launched from an overpass came crashing through the passenger side windshield, severely wounding Byrd, CBS News' Jericka Duncan reports. Byrd died over the weekend.

Three of the teens charged are 14 years old and the fourth is 13. Police arrested the four juveniles after seeing them leave the area near the overpass.

Byrd's family issued a statement on Wednesday saying that "while this season is typically a time of family celebration and togetherness, ours has been a season of profound loss and grieving."

According to the statement from the family, Byrd had a two-year-old son and he planned to soon propose to his girlfriend.

"Why were the children accused of this horrific act not supervised by a parent or guardian at 10pm on a weeknight?" The statement asked. "Why were construction materials left unsecured so these children could get their hands on this instrumentality of Marquise Byrd's death? Why at the ages of 13 and 14 do you have such a lack of empathy and conscience that would allow you to do such a deplorable act?"

"It's always good when we see supportive families. We don't always see that here in juvenile court. So that's always a good thing, especially considering the nature that this offense has turned into," Olander said.

The lawyer for one of the teens asked for him to be released from detention, but that request was denied, WTOL reports.

The case is similar to one in October. Five teens near Flint, Michigan are facing second-degree murder charges after allegedly throwing a 6 pound rock off an overpass that killed Kenneth White, 32. They've been charged as adults but pleaded not guilty.