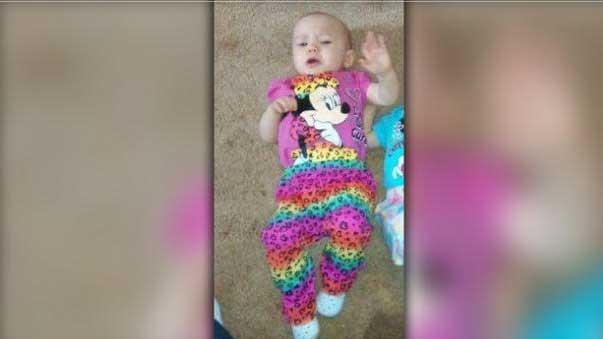 SPARTANBURG, S.C. (CBSNEWS) -- A South Carolina mother accused of killing her 17-month-old daughter with salt did it to get her husband's attention, a prosecutor alleged Wednesday.

Charges against Kimberly Martines, 23, of Fingerville, have been upgraded to homicide by child abuse. She was previously charged with felony child abuse.

Solicitor Barry Barnette told local media outlets that Martines fed the toddler salt to try to win her husband's affection. The two are separated. He is reportedly the baby's father.

"She basically did that to try and get her husband's attention - to get him back into her life," the prosecutor said.

Barnette said the woman "fed her child a teaspoon of salt, then had her follow through with a drink after that," reports CBS affiliate WNCN.

The sheriff's office says doctors told deputies the salt caused the toddler to have seizures and a high fever.

According to arrest warrants, a pediatrician was concerned in November because Peyton was not gaining weight. But Martines ignored the doctor's referrals to a specialist and BabyNet, a state program that helps babies with developmental delays.

Deputies say a twin sister of the toddler and second sibling are in protective custody.

It wasn't known if Martines has a lawyer. She was reportedly denied bond.