Proposed sex offender ordinance up for debate in Milwaukee 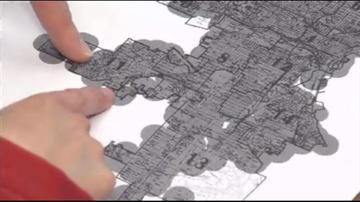 \"This plan is not a very balanced plan to say the least,\" Witkowski told CBS 58 investigative reporter Sarah Barwacz.

While Alderman Witkowski says it's important to regulate where sex offender live and hang out, under Zielinski's proposal nearly half of the city's available housing units for convicted sex offender's would be in Witkowski's 13th Aldermanic District.

A CBS 58 News Bottom Line Investigation in May exposed the lack of restriction on where offenders stay.

When Sarah questioned Witkowski about his district having fewer schools, the council member said that doesn't mean there aren't children around.

\"I think you have to look at what's the perception from neighbors here,\" Witkowski explained. \"Are you saying there's less children just because the school isn't within walking distance or two thousand feet?  I can guarantee you I got a call from a person indicating that they've got a sexual predator living next door who watches his daughter get off the school bus.\"

The Common Council’s Steering and Rules Committee meets Thursday, June 12th in room 301-B at City Hall at 1:30 p.m.