Proposed laptop-ban expansion could have big impact for travelers 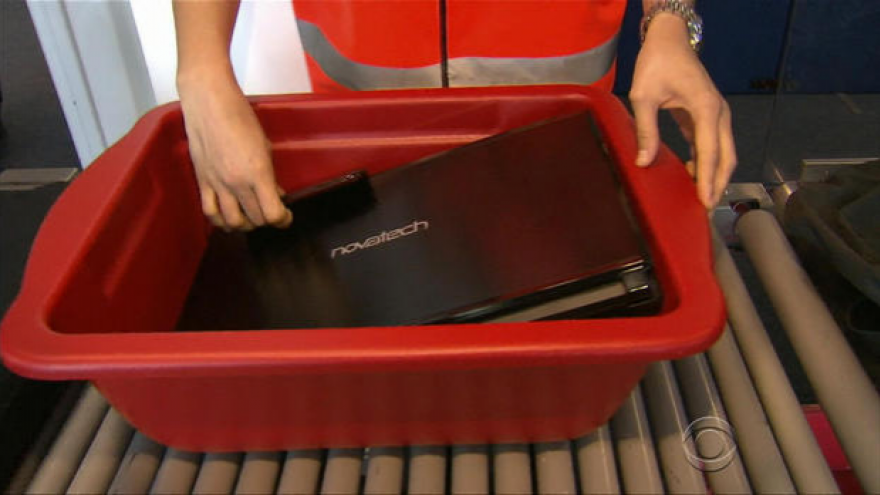 LOS ANGELES (CBS)-- Homeland Security officials on Thursday briefed airline representatives on a proposal to expand the ban on laptops to include more foreign flights coming to the U.S. CBS News was first to report on the plan.

The proposed expanded ban is based on growing concern about an explosive getting past airport scanners.

The ban, already in place at 10 airports in the Middle East and Africa, prohibits electronics larger than a cellphone in the passenger cabin. If expanded, it could potentially impact all of the 60 European airports with direct flights to the U.S.

"The bottom line is to keep terrorists with explosives off planes," said John Pistole, the president of Anderson University and a former TSA administrator.

"Just from London-Heathrow Airport, there's about 110 flights a day that fly to the U.S. -- it presents a challenge of how do you do that in a way that is efficient and effective," Pistole said.

An airline insider says it will be a logistical mess likely to require secondary screenings of passengers and longer wait times.

"The question is how good is intelligence," Pistole said. "I don't have the specifics on this one, other than to say based on my experience -- 31 years -- you know, with the top-secret security clearance, that it must be pretty good in order to justify these measures."

Top European Union officials are demanding urgent meetings with the U.S. to discuss the looming ban. Here in the U.S., deliberations are ongoing, but a decision could come any day.