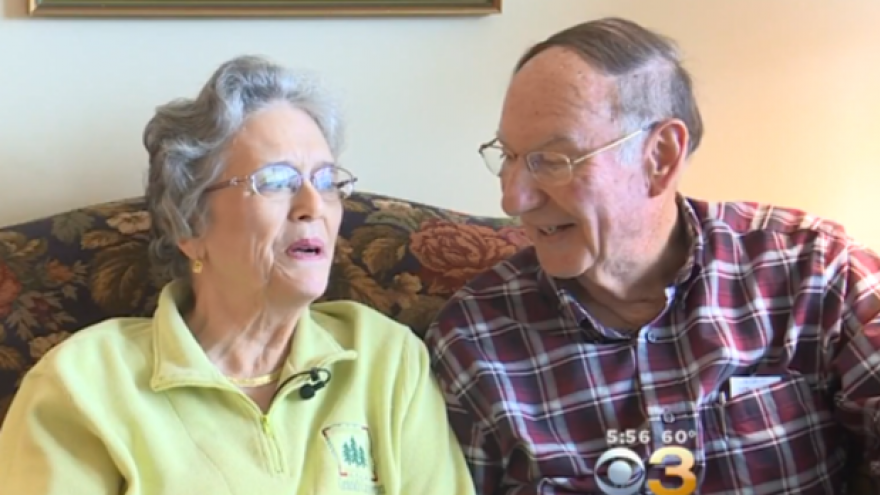 (CBS NEWS) PHILADELPHIA -- A story about prom dates getting married isn’t too unusual. But for a couple in South Bend, Indiana, the wedding didn’t come until more than six decades after they went to a dance together, CBS Philly reports.

Joyce Kevorkian and Jim Bowman went to prom together in 1953. They say they were only having fun and didn’t think about it much.

They went their separate ways and married different people.

Fifty years later, both had lost their spouses and Bowman decided to write Kevorkian a letter.

“I remember you said on the phone ‘will you marry me?’” Kevorkian recalled. “And I said ‘that’s a good idea.’”

“Getting together was meant to be,” Bowman said. “They say a person never forgets their first real love and it was like there was a spark that was still smoldering in each of our hearts.”

The two married in a small ceremony with some friends and family.

They just returned from their honeymoon.