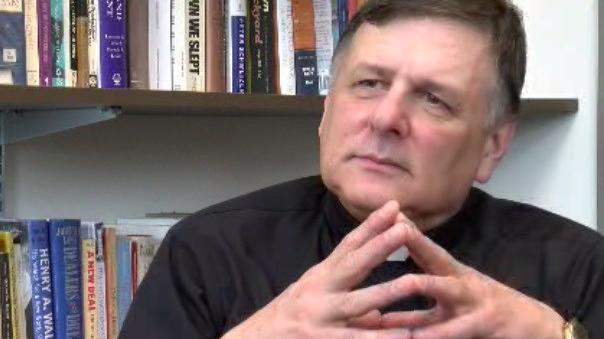 This weekend events around the country will mark the 15th anniversary of the 9/11 terrorist attacks.
Nearly three-thousand Americans were killed on September 11, 2001 when 4 hijacked airliners crashed into the World Trade Center in New York.. the Pentagon in Washington, DC and a field in Shankesville, Pennsylvania.
The terrorists were trained by Osama Bin Laden's Al-Qaeda terrorist network.
So many young students who weren't alive at the time will read about it, sometimes for the first time, in a history book.
Father Steven Avella, a professor of History at Marquette University in Milwaukee said he's seen a change in conversation over the last couple of years from "Where were you on September 11th," to "Where were your parents or grandparents?"
Avella said textbooks typically give a quick narrative of the events, carnage, and decision to go to war, and then moves on quickly.
That's why he only uses the textbook as a base to incorporate other media.
"An event like this is something that a teacher has to stop, and you have to use visuals. You can't rely entirely on the textbook. You have to use specials from PBS, CNN and others of course with permission. and show people what happened," Avella said.
Avella said by having the extra element of media, students are more engaged, and can better relate.