Principal Speaks Out After Arrest Made in Mother and Daughter Homicides 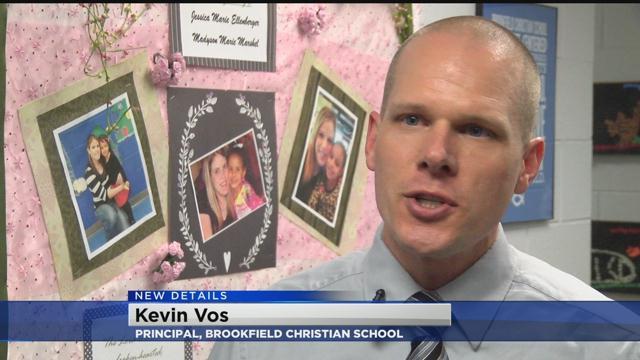 A 31-year-old suspect in a Milwaukee double-homicide case has been arrested in Arkansas, a spokesperson for the Milwaukee Police Department said Thursday.

The suspect - who is still in Arkansas - has not yet been charged. Authorities are not releasing his name until that happens. Relatives of the victims said they have idea what this person's connection to their family members might be.

CBS 58 News has learned the man's identity. A track of court records shows he's been incarcerated in Wisconsin.

How the trail leads to Arkansas remains unclear.

CBS 58 News has confirmed that the man is being held in Texarkana at the Miller County Jail.

Dispatch in Miller County says his hold sheet shows he's being held by Wisconsin Parole and "other agencies."

A source there says this is the man wanted in the Milwaukee case and that U.S. Marshals were on site.

Another source based in Milwaukee says at least two MPD Homicide Detectives were still in Arkansas as of late Thursday night.

Inside the doorway of Brookfield Christian Academy teachers have put up a bulletin board with pictures of 4-year-old Madyson Marshel and her mom Jessica Ellenberger.

Principal Kevin Vos said the family asked if they could divert memorial donations to the school because of how positive it was in the life of the 4-year-old.

"She was full of joy and had a lot of energy. She was very friendly," Vos said.

"It's a horrible tragedy and when I first got news that it was Mady and Jessica that had passed away...it's just shock. It takes your breath away," Vos said.

On March 19 Milwaukee firefighters discovered their bodies in a burning home on North 68th Street. Although autopsy reports are not yet public some relatives said they have been told stab wound are the potential cause of death.

This week's arrest in Arkansas has confused Jessica's mother - Annette Ellenberger - because the family has no known connection to the state.

At the school - which is faith based - teachers have lead discussions with students about what happened and a lot of the understanding is coming from those talks, Vos said.

"And that's really what our 3K students and the rest of our students have really latched onto. And, you know, we had a little 3K student come up on Monday and say 'I'm going to miss playing with Mady but she's in heaven'. And that's a great great source of security and hope for us," Vos said.

The Milwaukee County District Attorney's offices is reviewing the case. It is unclear when the suspect will be charged but the suspect is still in Arkansas at this point.

To donate money to the "Jessica Ellenberger-Madyson Marshel Memorial Fund" contact the school at 262-782-4722.