MOSINEE, Wis. (CBS 58) -- President Donald Trump continued his campaign's media blitz of Wisconsin, and appeared in the state for the third time this month.

Pres. Trump addressed the base of his support for nearly two hours at the Central Wisconsin Airport in Mosinee Thursday night, Sept, 17, where the campaign estimated as many as 15,000 would come to watch him speak.

Thousands waited for hours, and some waited as long as two days to watch Pres. Trump speak -- in a state he claims to know, and care more about than Joe Biden.

.@realDonaldTrump exits AF1 to chants of “four more years” at his event in Mosinee pic.twitter.com/IZyLungW2F

Trump talked about one of his strongest areas with voters: the economy, and said he's better for Wisconsin farmers -- not Joe Biden.

"Biden would absolutely eradicate your state’s economy. I know this state very well," Pres. Trump said. "It’s one of the reasons I made a great deal with Canada, and Mexico, but Canada. Because they were taking advantage of you so badly on your dairy product.”

Pres. Trump played to his base, talking about protecting the second Amendment, and Big Ten football coming back. He also continued pushing his message of law and order in the wake of Kenosha riots.

The Republican media blitz of Wisconsin is not over yet. The Republican National Committee chairwoman will be in the Milwaukee area Friday, Sept. 18, and Vice President Mike Pence will visit the state next week.

MOSINEE, Wis. (CBS 58) -- People lined up bright and early to see President Donald Trump in Mosinee on Thursday, Sept. 17. The President is making the Wisconsin stop as part of his "Great American Comeback" tour.

More than 1,000 people were let into the Central Wisconsin Airport where Pres. Trump will speak. It's his second stop in the last two years.

Pres. Trump campaigned for both former Wisconsin Gov. Scott Walker and Leah Vukmir in the Wisconsin Senate race back in 2018.

It's one of the most pro-Trump regions in the entire state, and Pres. Trump is speaking to his base during crunch time in the presidential election cycle. He's currently trailing Joe Biden in the polls.

The campaign expects several thousand to be at the event. Some camped out since Tuesday night to see Pres. Trump speak. 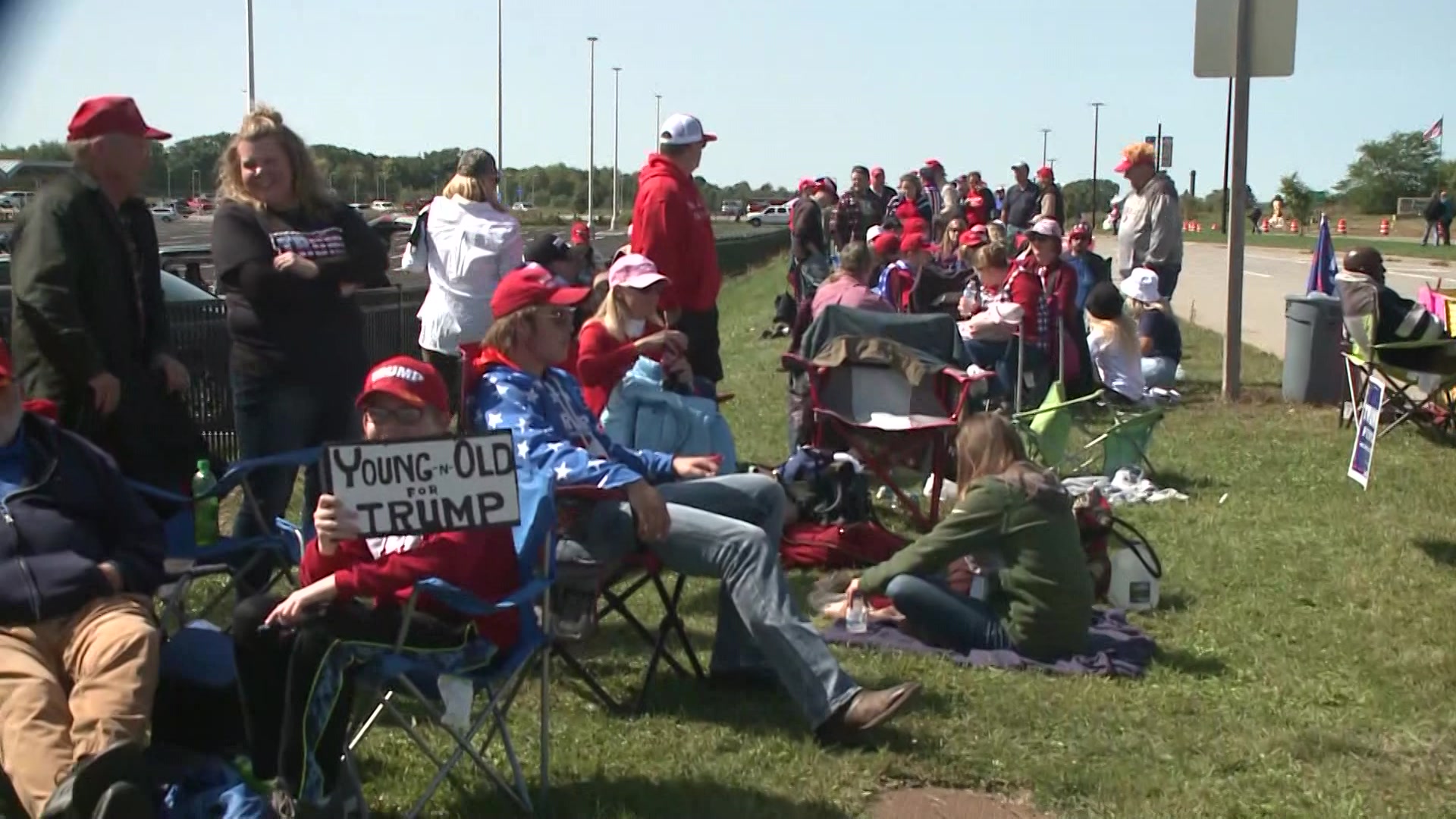 “I’ve been here two days, and it’s incredible. And we have the greatest president of all time, and we can’t wait to see him," said Michelle Smith, Pres. Trump supporter from Chicago.

"We were here since yesterday at 10 a.m.," said another Trump supporter, Chaz Fuller of Marshfield. "Spent the night in our chairs, and it was a little bit of a cold night, but we made it through. It was pretty cool.”

The President is scheduled to host a "Great American Comeback" event at 8 p.m. The event was moved up a day after originally being scheduled for Friday, Sept. 18.

The @realDonaldTrump crowd is out in force here in Mosinee four hours before doors open. Those in front of the line say they’ve been camped out for two days pic.twitter.com/UKF0hWnU0b

Stay with CBS 58 on-air and online for the latest on his visit.