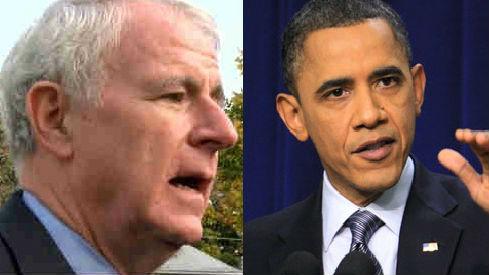 In a news release Wednesday morning, the President endorsed Barrett saying, "Tom Barrett has been an outstanding mayor for the city of Milwaukee, and his hard work has put his city on a path toward a stronger future. Tom has fought to strengthen neighborhoods by bringing people together to solve tough problems. He's been a leader in the battle to get illegal guns off the street. I am proud to endorse him and offer my unqualified support for his re-election.”

Barrett responded by saying, “I’m honored to have the support of my friend, President Barack Obama.  He led this country through some of the most difficult economic times in our history. Milwaukee has faced challenges too and we've fought back. We are making real progress, and I’m committed to building on that progress in the next four years.”

In 2007, Barrett was one of the first mayors to endorse President Obama's first campaign for the presidency.

Barrett is being challenged by Alderman Bob Donovan in the April 5th  Milwaukee mayoral election.