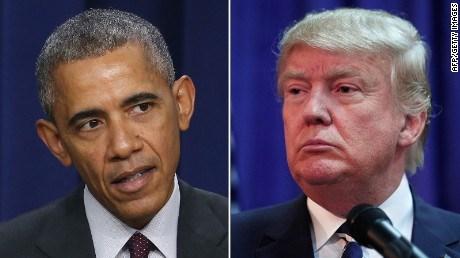 (AP) President Barack Obama is congratulating Donald Trump on his victory in becoming the president-elect.

Trump campaign manager Kellyanne Conway says Obama called Trump early Wednesday while he was speaking to his supporters in New York, and so Trump called him back after he left the stage.

She said the two had what she described as a "very nice talk." She said they would meet possibly on Thursday.

White House press secretary Josh Earnest had told reporters traveling aboard Air Force One last week that the president was leaving his schedule open on Wednesday and Thursday for a possible meeting with the president-elect.

On Tuesday night, Trump said that he had received a call from his opponent, Hillary Clinton. In his remarks to supporters, he praised her for a hard-fought campaign and said Americans owe her a major debt of gratitude for her long service to the country.