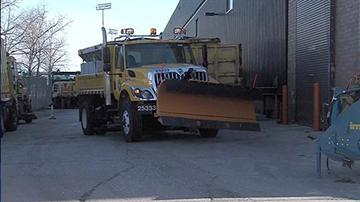 WAUWATOSA - With heavy snow in the forecast for Southeast Wisconsin people have been preparing for the storm. Not only are road crews getting salt trucks and plows ready, but people are also preparing to deal with the snow around their homes. At Puhl's True Value ice scrapers, shovels and snow blowers have been in high demand. Although, it was rock salt that was the hottest seller. Puhl's sold out of large bags of rock salt even after three trips to the warehouse to re-stock. Many customers left with large bottles of ice melt instead. A manager said Saturday was the busiest day he had ever seen at Puhl's. Randy Eagon says this was the store's Black Friday except they didn't have to open in the middle of the night.