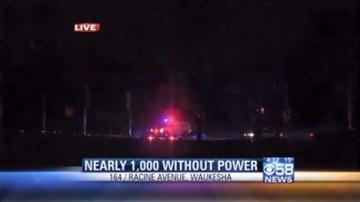 The first outage was reported in Waukesha after at least one wire fell near Highway 164 and Broadway.

Alerts of the outage came in just after 1 a.m. Friday and at least 1,500 customers were without power at one point, according to a WE Energies spokesperson.

There's no word on what caused the outage and crews restored power to those impacted just before 5:30 a.m.

The second outage was reported in Glendale just minutes after the Waukesha outage was cleared.

About 770 customers were affected, due to an underground cable fault.