The snow is officially done across southeast Wisconsin with most snow totals in our southern half of counties between 1-4". The clouds quickly clear out overnight which allows temperatures to drop around 30° for most spots. Falling temps combined with the slushy, wet snow means that slippery spots are likely on the roads. Use caution if out driving. Any snow that fell Saturday melts Sunday with some good morning sunshine. 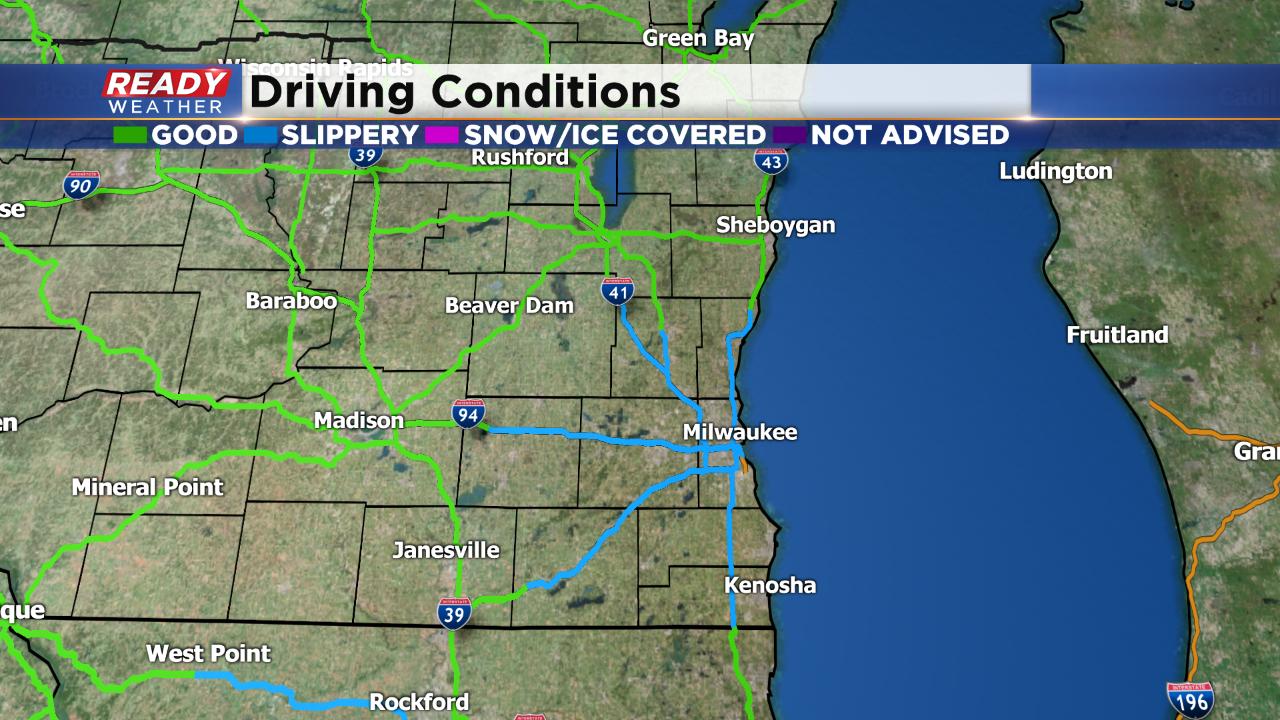 The heaviest of the snow is done. Our far southeast communities including all of Walworth, Racine and Kenosha Counties and southern Milwaukee County still have a little snow left the next hour before it's all done. 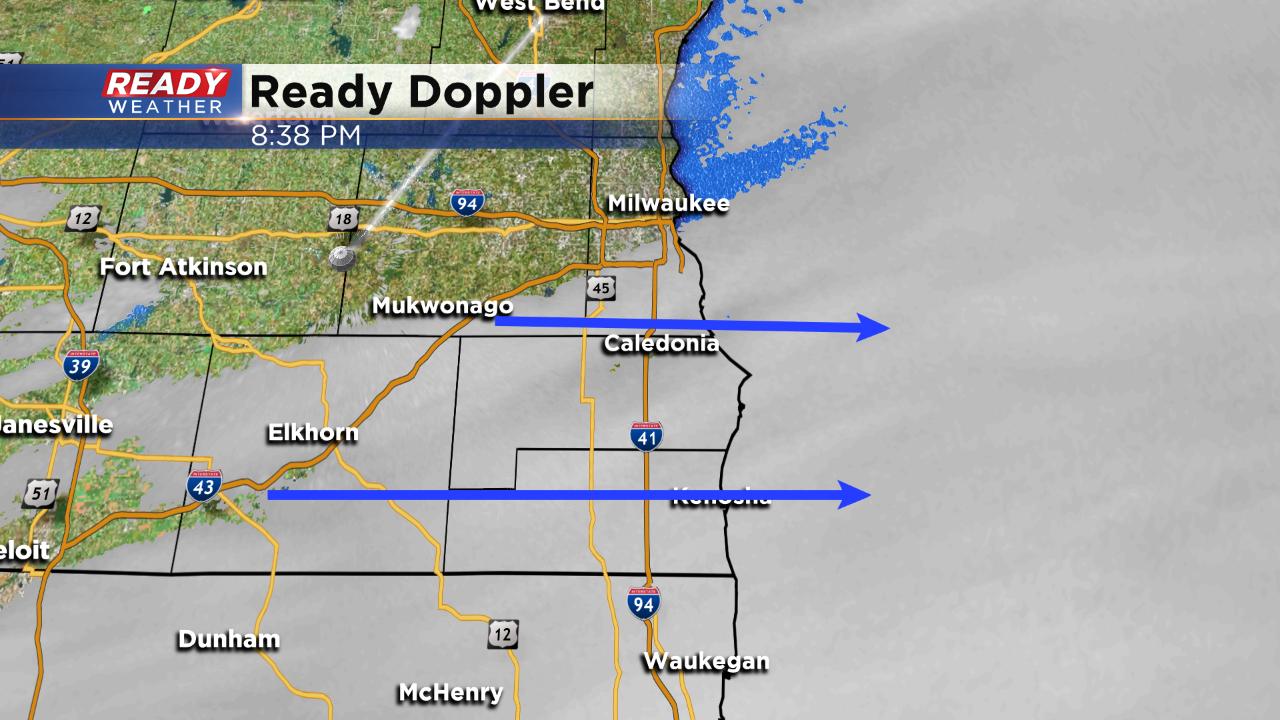 Snow reports are starting to come in with most spots in the southern half of the viewing area picking up 1-3". Kenosha is the highest with 4". 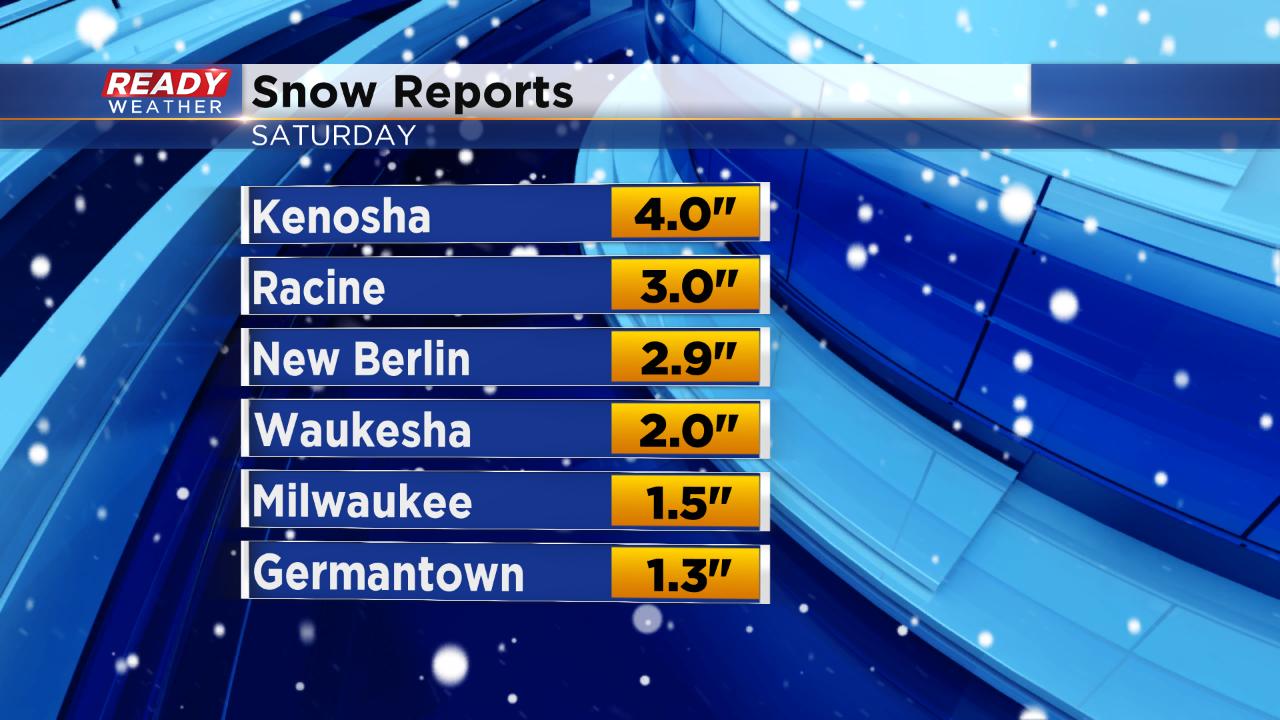 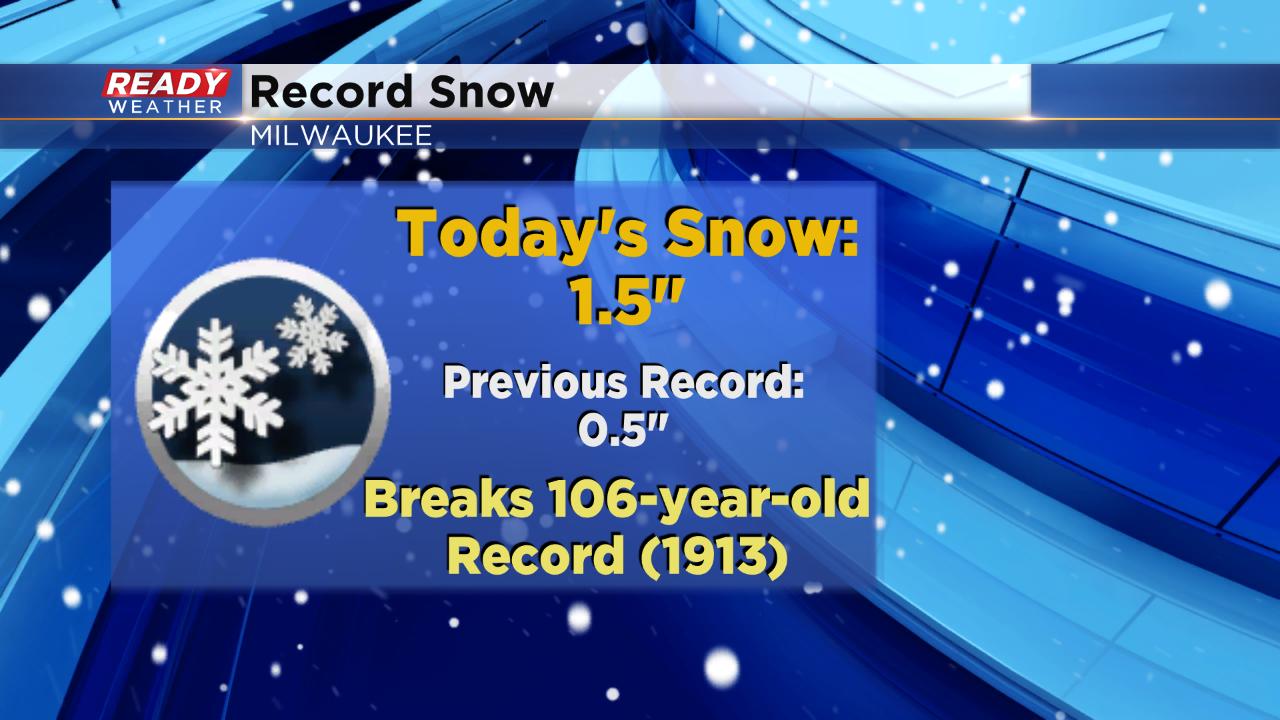 Despite a delayed start due to dry air moving in, heavy snow has arrived with force across much of southeast Wisconsin. Two heavy snow bands are currently pushing through. The first is in Jefferson, Waukesha, Milwaukee and southern parts of Washington and Ozaukee Counties and the second is in our southern tier of counties. Both bands are bringing reduced visibility and fast snowfall rates. 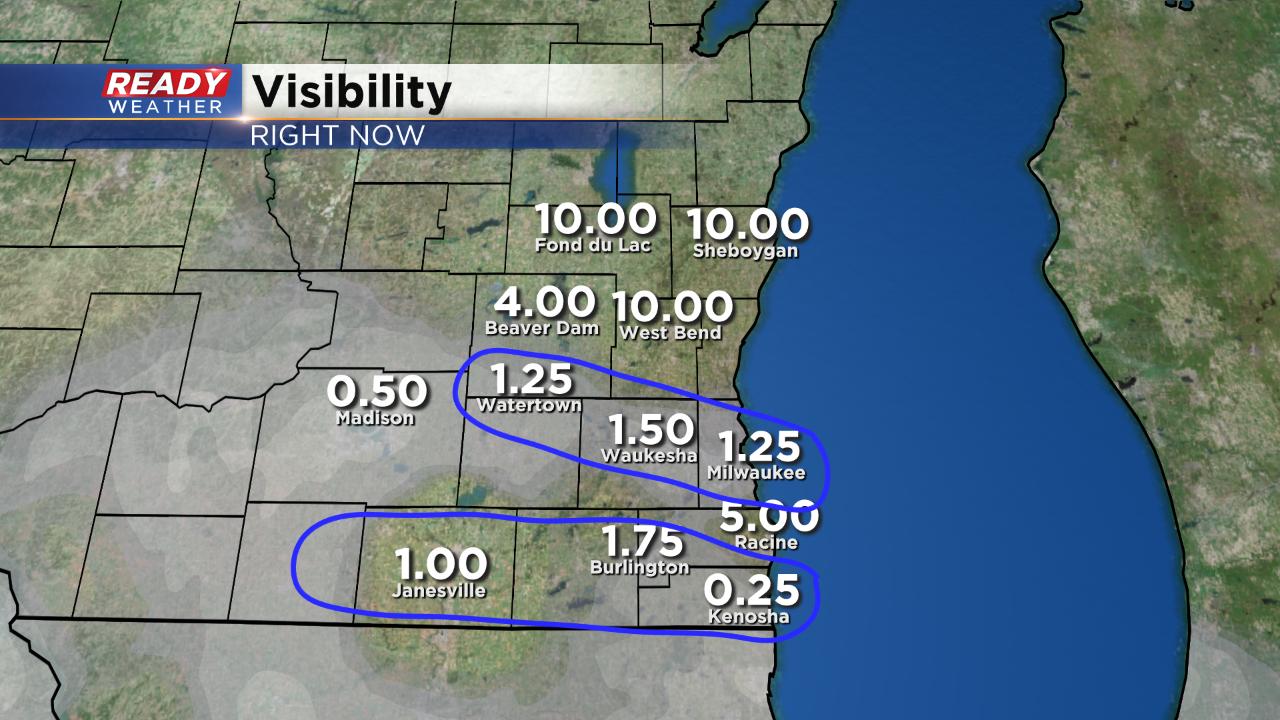 Heavy snow is expected to continue for the next couple of hours and will taper off in western spots around 8 p.m. and for everyone by 10 p.m. The winter weather advisory remains in effect until 10 p.m.

More adjustments are being made to the warnings and advisories for today. The winter storm warning has been cancelled completely for southeast Wisconsin and replaced by a winter weather advisory for Jefferson, Waukesha, Milwaukee, Walworth, Racine and Kenosha Counties until 10 p.m. Dodge, Washington and Ozaukee Counties have been removed from any advisory. 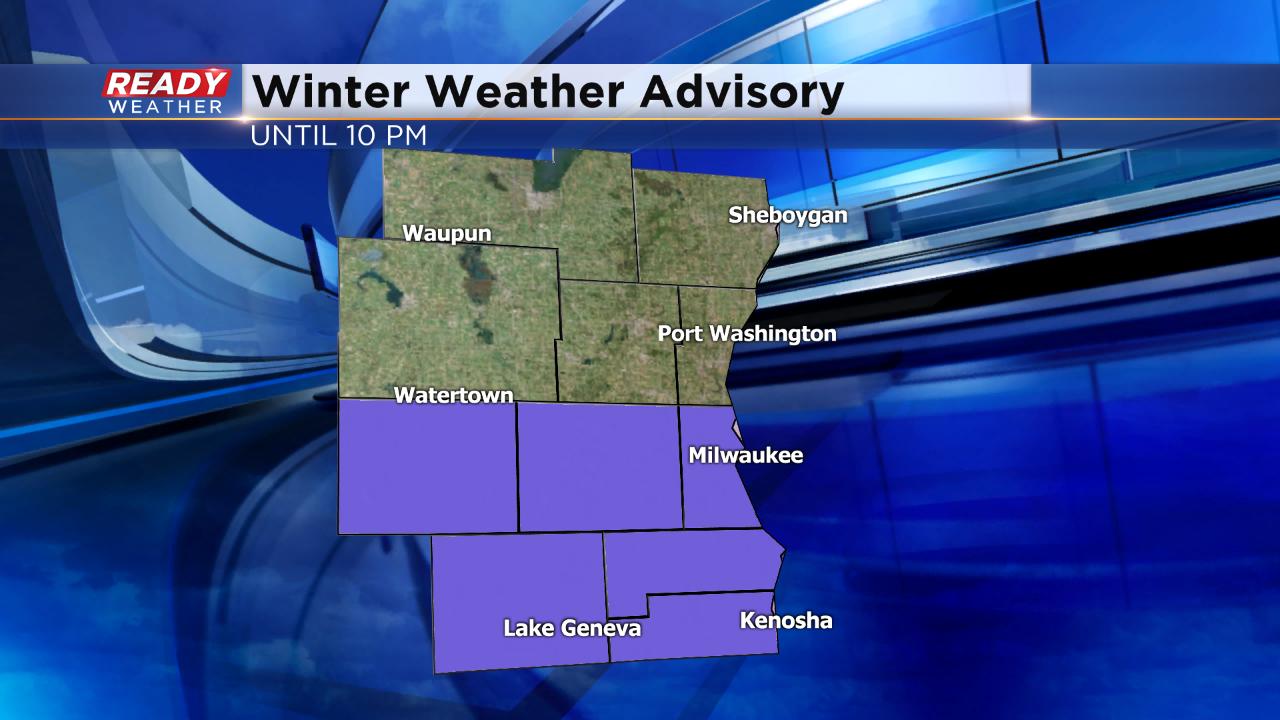 Two main reasons for the change. First, overall the track of the storm shifted a little to the south so while most of southeast Wisconsin will only get a few inches, parts of northern Illinois could get over 6". Second, some dry air has moved in from the northeast which is cutting into snow totals. Fond du Lac and Sheboygan Counties shouldn't see more than a few flakes. Areas north of I-94 could get an inch or two with spots closer to the border getting 2-4". Most of the accumulating snow is on grass. Roads should remain just wet. 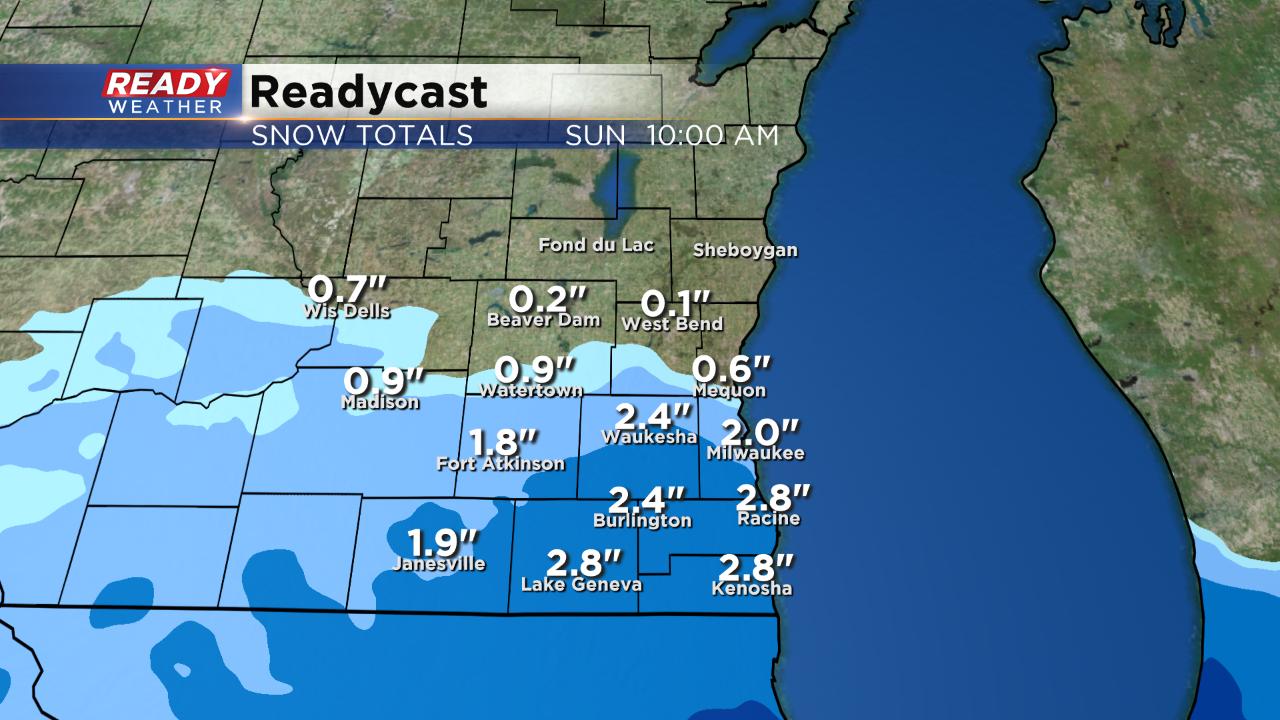 Here's the latest from Ready Doppler: 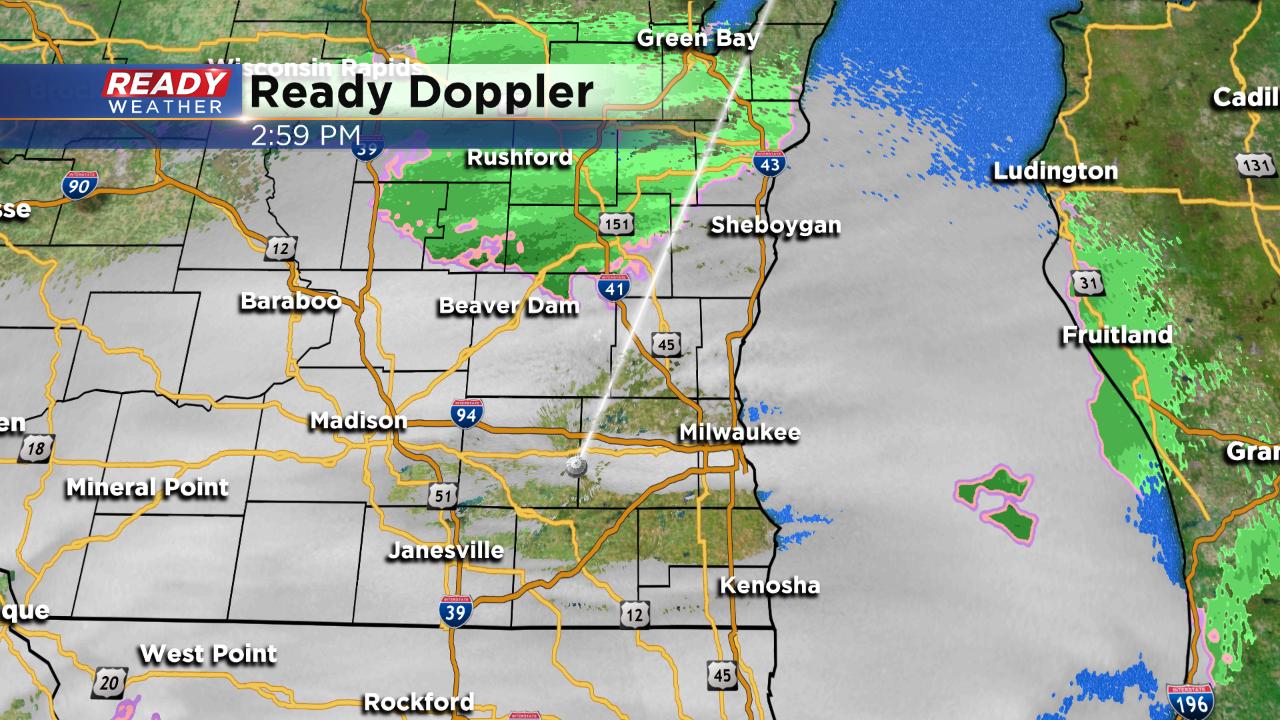 Steady snow is still falling for our southern tier of counties where measureable snow has been reported. Snow is slowly starting to fill in elsewhere and moving east. A few inches of snow, mainly on grass, is expected. Roads for the most part should just stay wet or a little slushy. 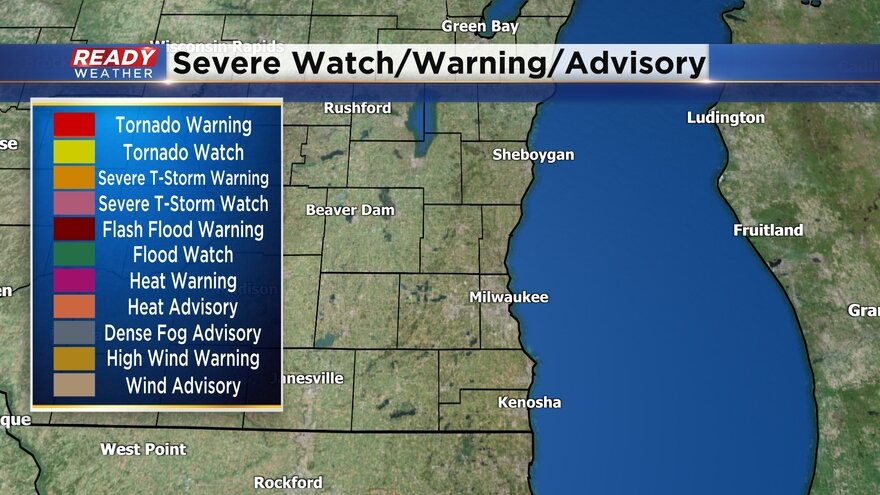 The rain has switched over to snow pretty quickly with most spots not even seeing much rain locally. Radar is showing that snow has started falling in Walworth and Kenosha Counties and even parts of Milwaukee County. Some drier air is moving in from the northeast which may decrease snow totals there, but overall a swatch of 3-6" snow is still expected south of I-94, especially close to the Illinois border.

Here's the most current radar image that will update with time: 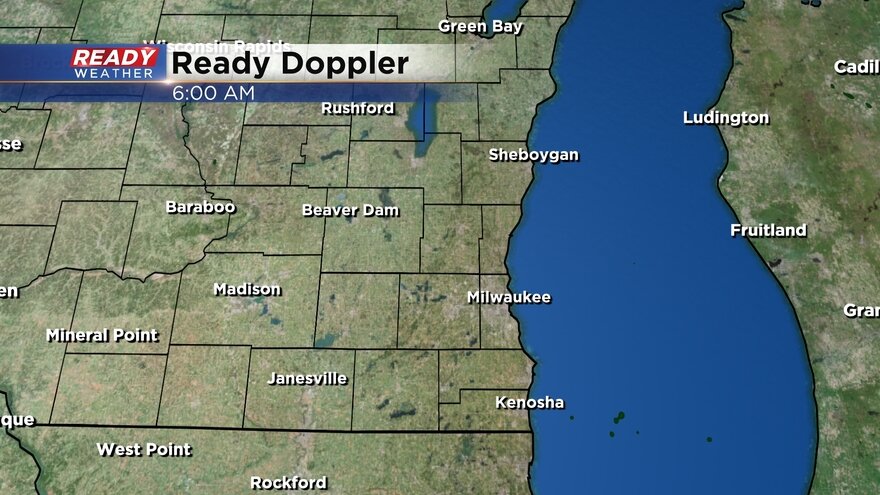 There have been no changes to the winter weather advisory and winter storm warning. Weather models continue to slight trend the heaviest snow just to our south. It looks like northern Illinois has the best chance to see snow totals above 6".

Light rain is currently falling in areas west of Madison and is expected to move east throughout the rest of the morning switching over to snow as it goes. Accumulating snow is expected to start by early afternoon for most and linger through most of the evening. 3-7" of snow is still possible along and south of I-94 where a winter storm warning is in effect.

Just like our last two April snow storms, the majority of the accumulating snow will happen on grassy surfaces and cars, but roads could get pretty slushy especially for areas in the winter storm warning where snowfall rates could reach 2" per hour at times Saturday afternoon. Road conditions will improve quickly overnight and by Sunday morning roads should be in good shape.

Snow is still on track to arrive by late morning or early afternoon Saturday and last through just before midnight for most spots. Here's where the snow currently is: 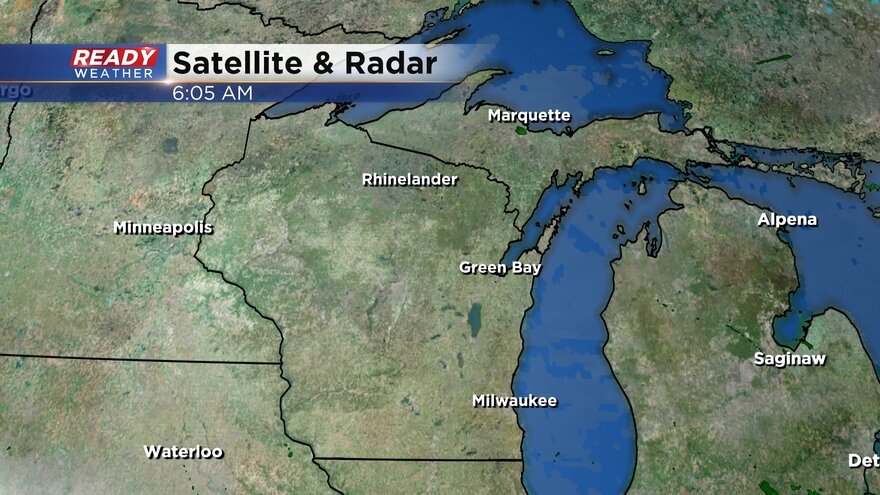 No major changes with the snowfall forecast from Friday night. The area of heaviest snow will likely be just south of the Wisconsin/Illinois border into northern Illinois, but some of our southern spots near the border could still get over 6".

The winter weather advisory for Dodge, Washington, and Ozaukee Counties and the winter storm warning for areas along and south of I-94 remain in effect starting at 10 a.m. Saturday. 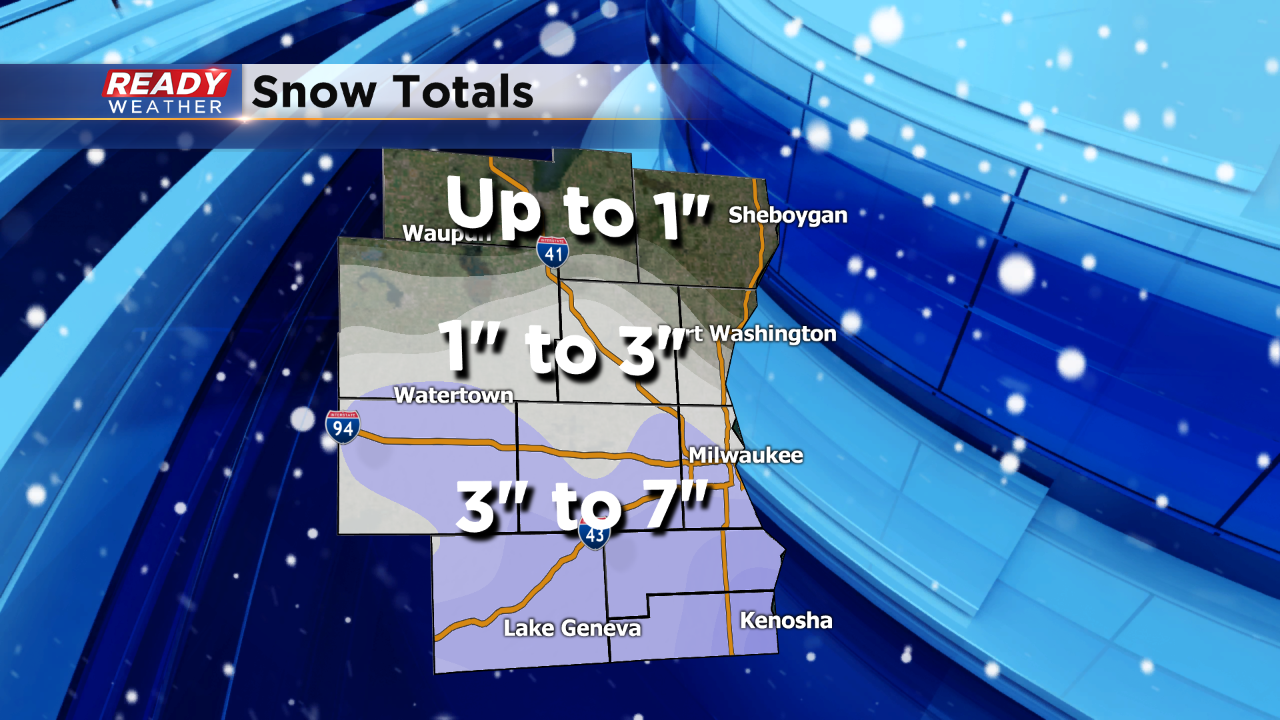 The latest computer model runs are now showing a slight jog to the south with our storm system for Saturday.  This is making the snowfall forecast rather tricky.  I have pushed the highest totals close to the border of IL and WI.

Places like Fond du Lac and Sheboygan county might stay relatively dry with just a chance for accumulation.  We still feel the best accumulation will occur along and south of I-94.

Roads will become slushy and slick during the late afternoon and evening.  We do expect a lot of melting to occur.

Yes, it can happen! Late season snowstorms are rare, but this weekend will prove otherwise with heavy wet snow expected for your Saturday. As of now, the National Weather Service has upgraded the area in pink to a Winter Storm Warning. North of the pink shaded area in purple is a Winter Weather Advisory, where lower snow totals are anticipated.  Our largest cities will feel the biggest impacts with snow, a wintry mix, wind and maybe some thunder... just for good measure. 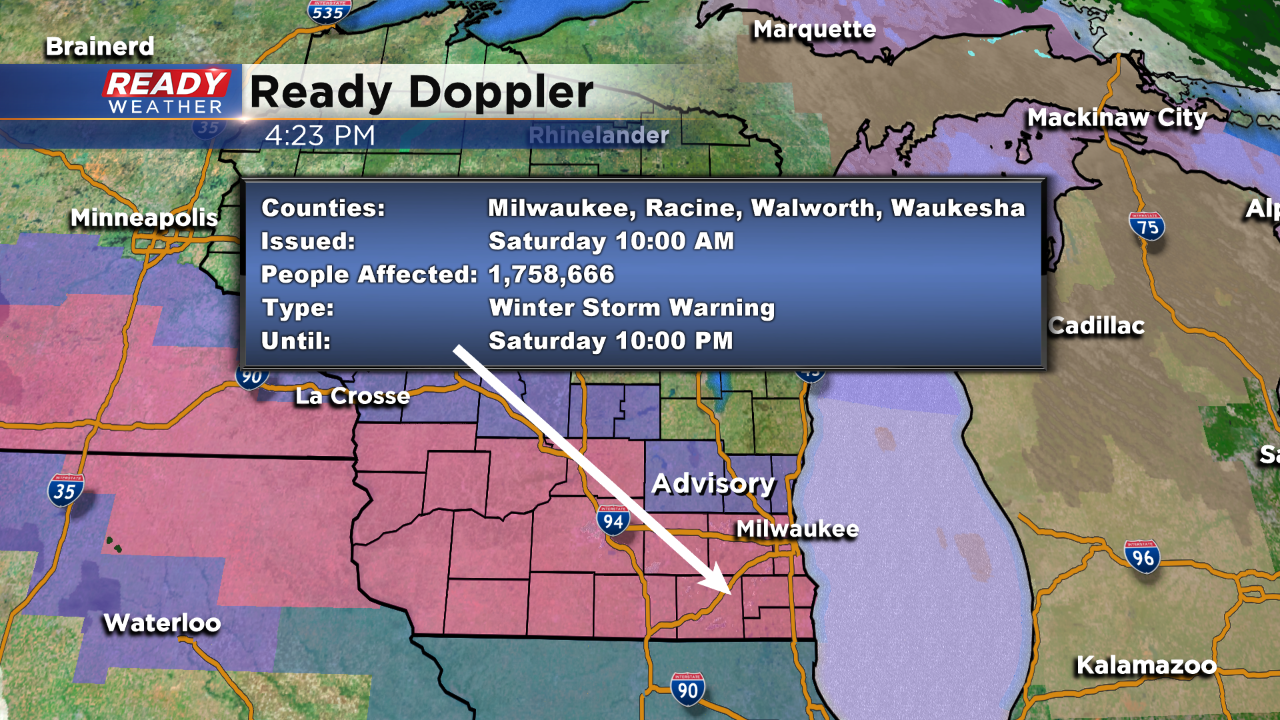 The time for these alerts is Saturday 10am-10pm. 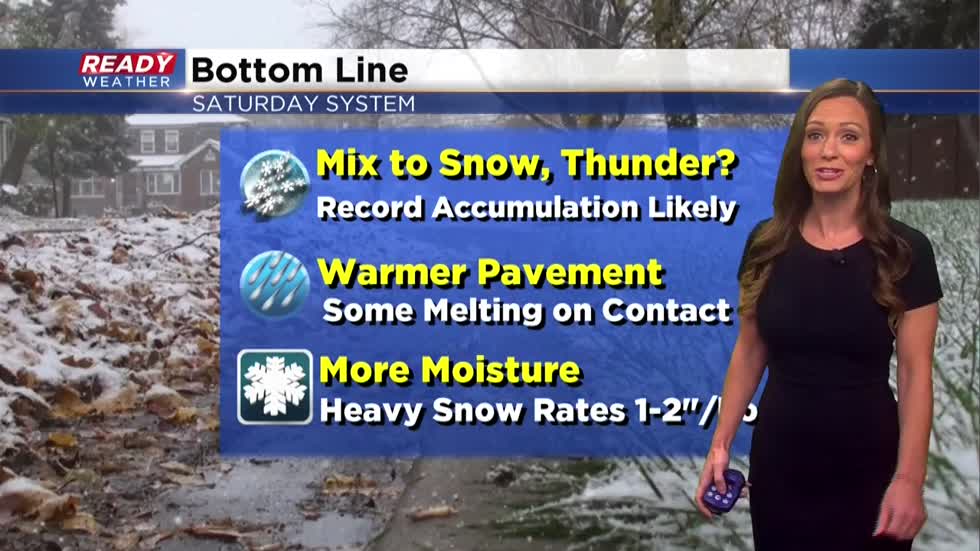 Currently, the storm is still in the development stage over the Rockies, but will rapidly intensify as it makes a beeline our way. 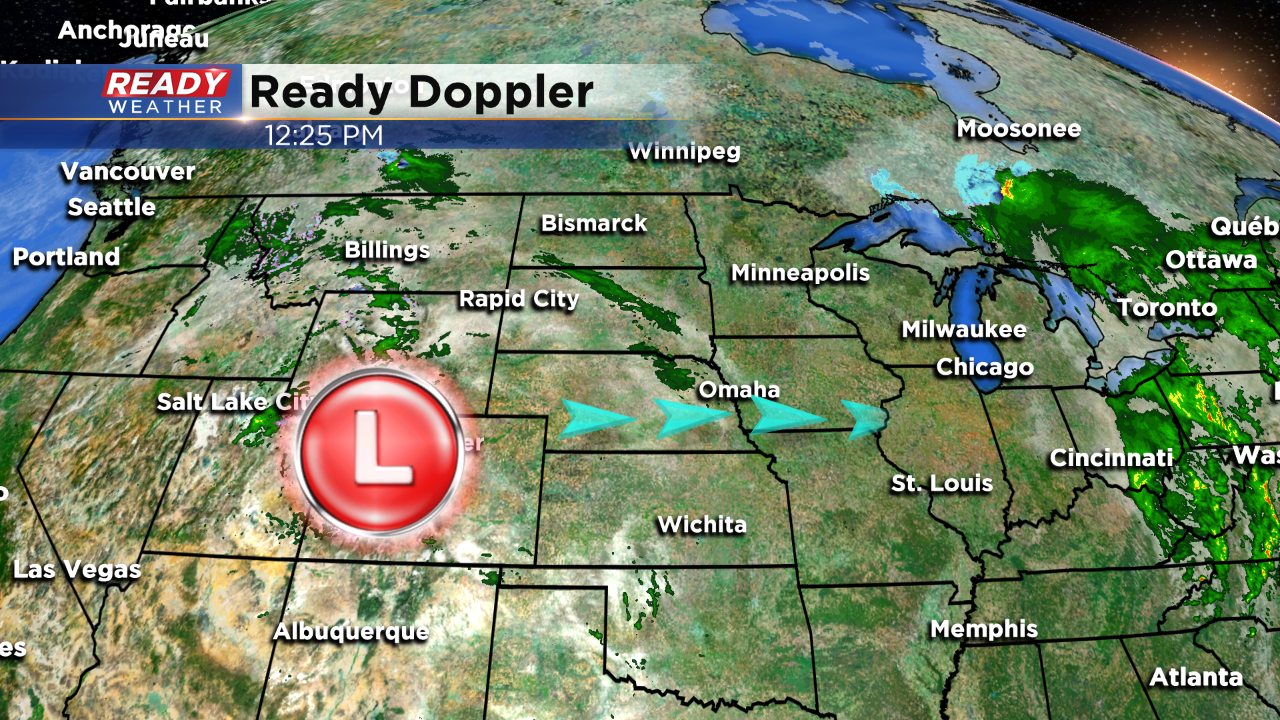 We'll be on the north side of the low, the cold side. That's going to deliver heavy, wet and record breaking snowfall on what has already been a snowy month. 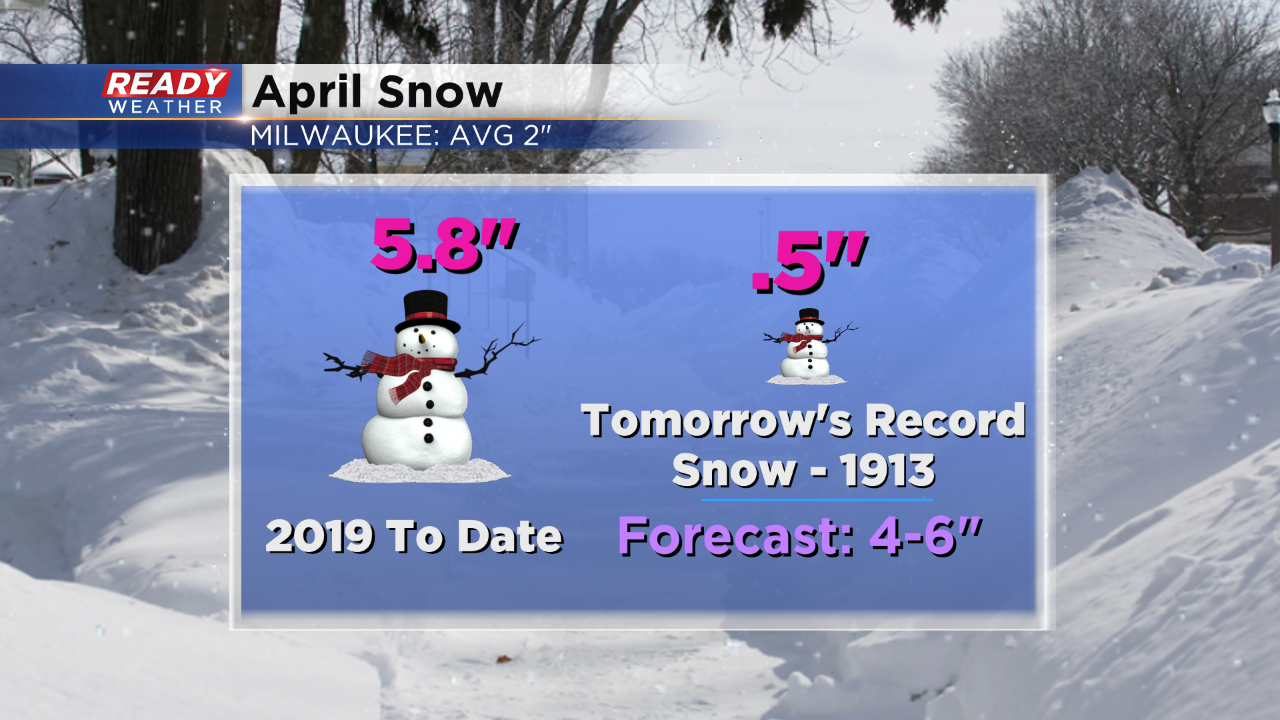 Temperatures will likely hit the low 40s early in the day: 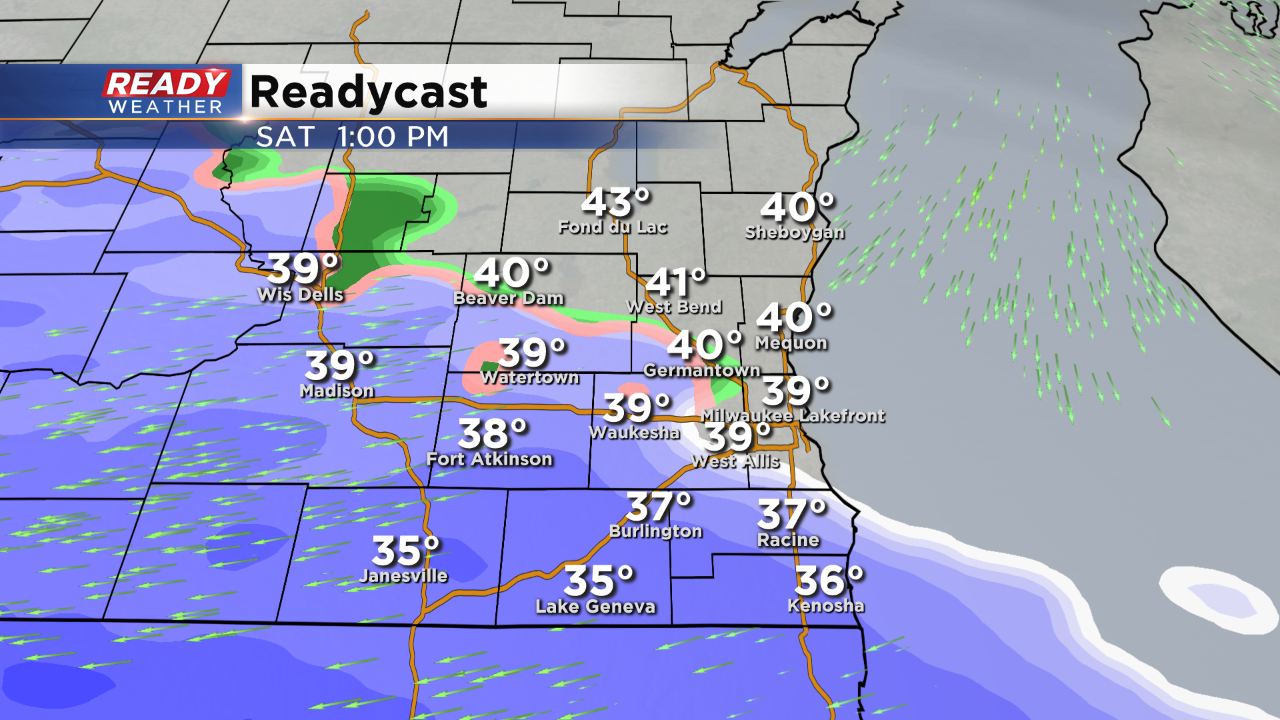 The arrival time for snow in Milwaukee appears to be right on time to when the Watch gets underway, at 1pm. Through the rest of the afternoon a heavy wet snow can be expected. Snow rates at 1-2" per hour will help overcome any melting on the warmer surfaces this time of year. It's possible we hear thunder as the storm bears down on southern Wisconsin during the afternoon. 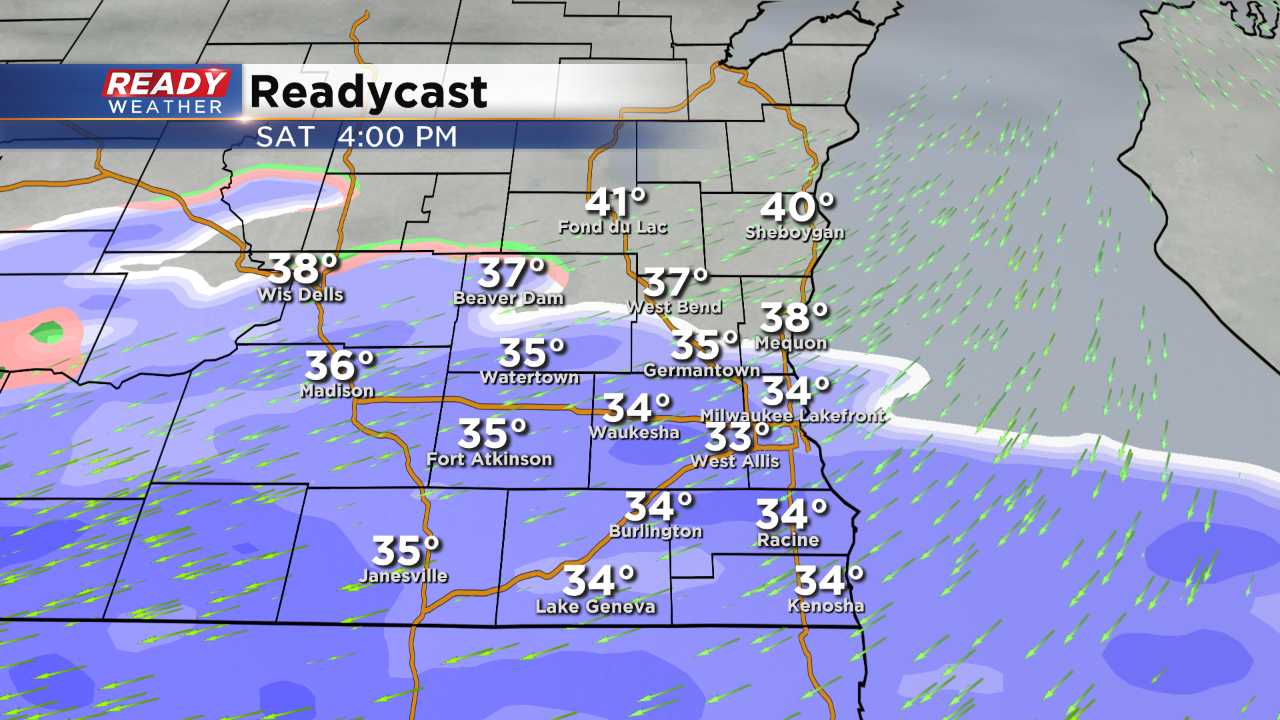 Any early onset mix quickly transitions to snow with temps cooling back to the middle 30s. While snow may wind down around sunset, the watch officially goes until 1am Sunday. In the end, here's what you can expect for snow totals in your area: 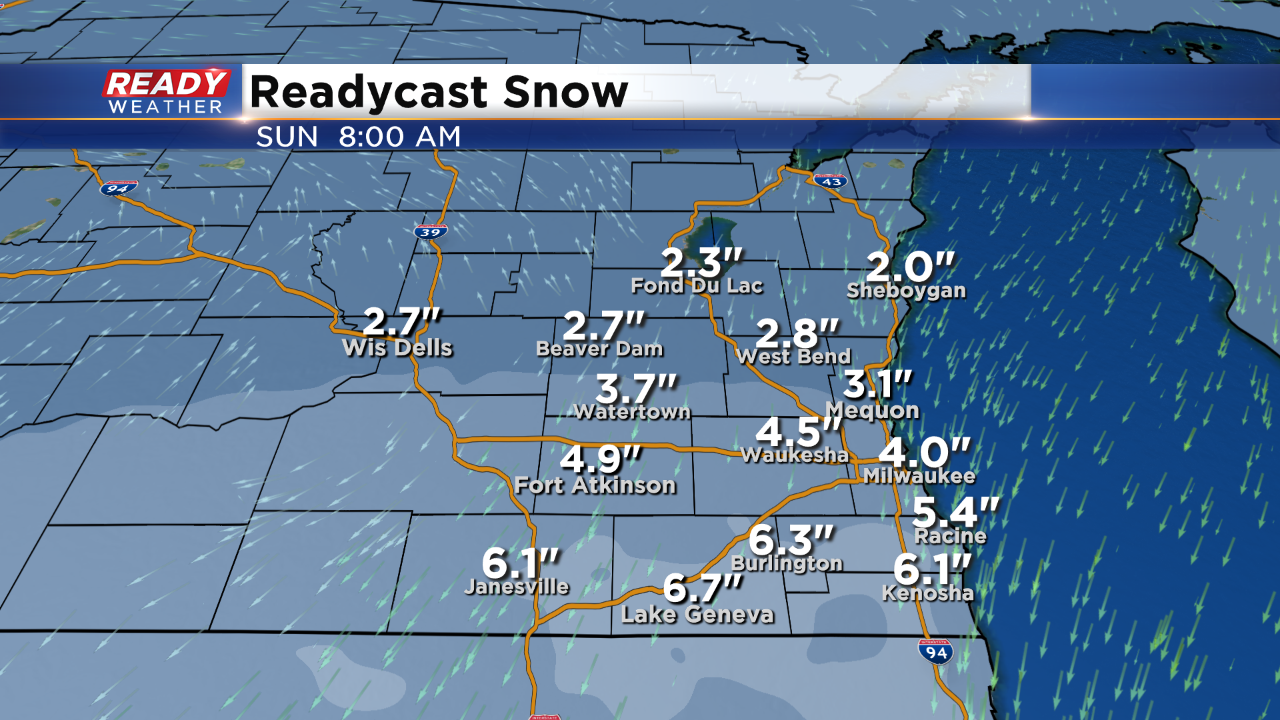 By daybreak Sunday we look for a clear sky. That strong sun along with temperatures in the 40s should help melt the snow quickly. If you do venture out to shovel, take it easy as this will be a difficult snow to shovel with high moisture and compaction, it will be a classic back breaking shovel chore.