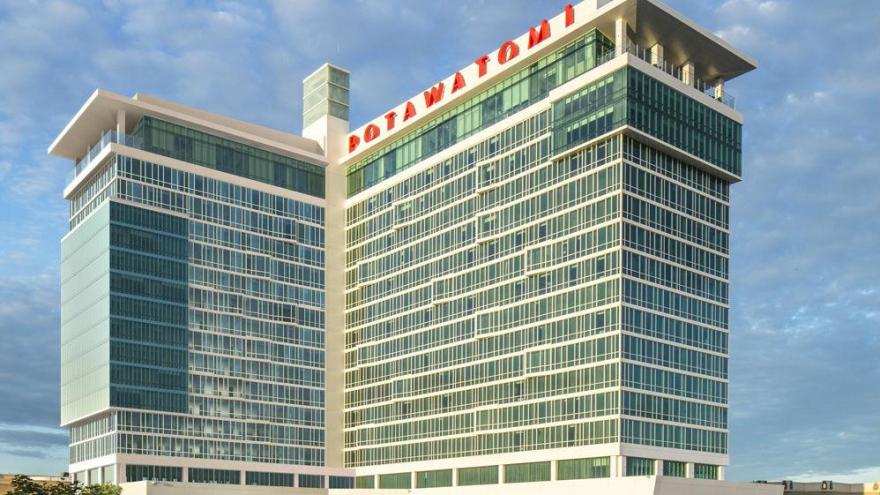 Potawatomi Hotel & Casino, owned and operated by the Forest County Potawatomi Community, announced Tuesday its intentions to expand the hotel at its Milwaukee property with the construction of a second tower. Construction will begin later this year pending application approval by the city of Milwaukee. The project represents another $80 million investment in the community.

The second tower will house 119 rooms and suites, bringing the hotel’s total number to 500. The 180,000-square-foot addition will also feature a spa and additional meeting space. It is expected to open in the spring of 2019.

“The Forest County Potawatomi have committed to investing in Milwaukee. This next addition is one more example of that commitment,” said Potawatomi Hotel & Casino Chief Operating Officer Rodney Ferguson. “Aside from accommodating our guests, the project will create hundreds of jobs on the construction site and dozens of permanent positions within the hotel.”

It is anticipated that 50 permanent hotel jobs will be created as part of the project. The property currently employs nearly 2,700, making it one of the top-25 employers in the Milwaukee area.

The project will also spur additional revenue for the city and county of Milwaukee, VISIT Milwaukee and the state of Wisconsin from property, sales, exposition and personal income taxes. The property has submitted more than $100 million in revenue sharing payments to the city of Milwaukee and Milwaukee County over the past decade.

Since opening in 2014, the property’s hotel has been overwhelmingly popular with casino guests. The addition will provide an even mix of both standard rooms and suites.

“By adding nearly 60 suites to the property with this expansion, we’re prioritizing our casino guests and their experience when visiting,” said Ferguson. “The rooms, along with the spa, will bolster the property’s reputation as an attractive destination for visitors in the region and beyond.”

Potawatomi Hotel & Casino opened in 1991 as a bingo hall. After several expansions, the property is now the most visited entertainment destination in Wisconsin with more than 6 million visits annually. It features 2,500 slot machines, nearly 100 table games, a 1,300-seat bingo hall, seven restaurants and a 500-seat theater.