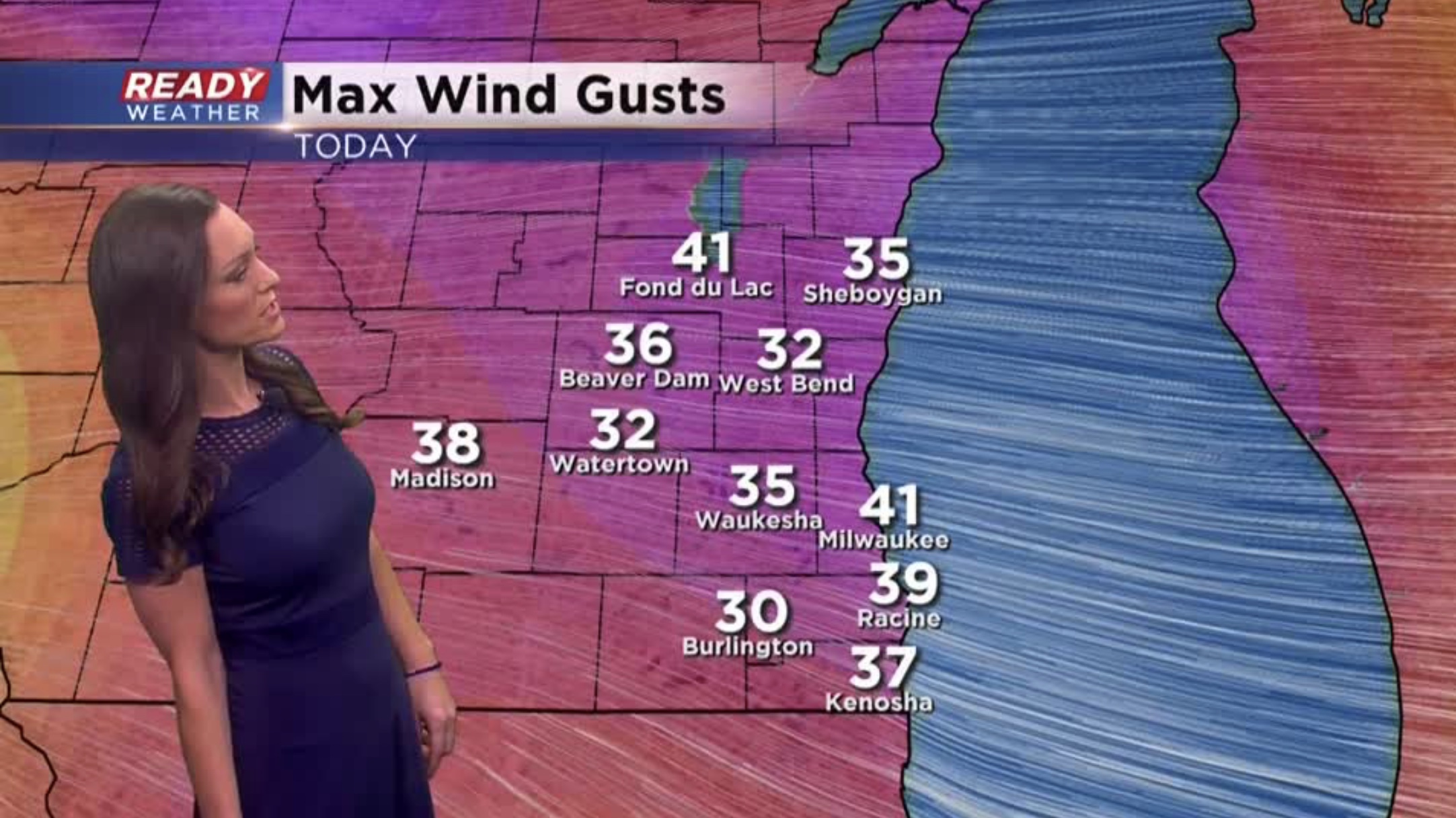 The wind will gradually come down during the rest of the night. Meanwhile, rain totals will keep going up. Here’s what we received tonight so far: 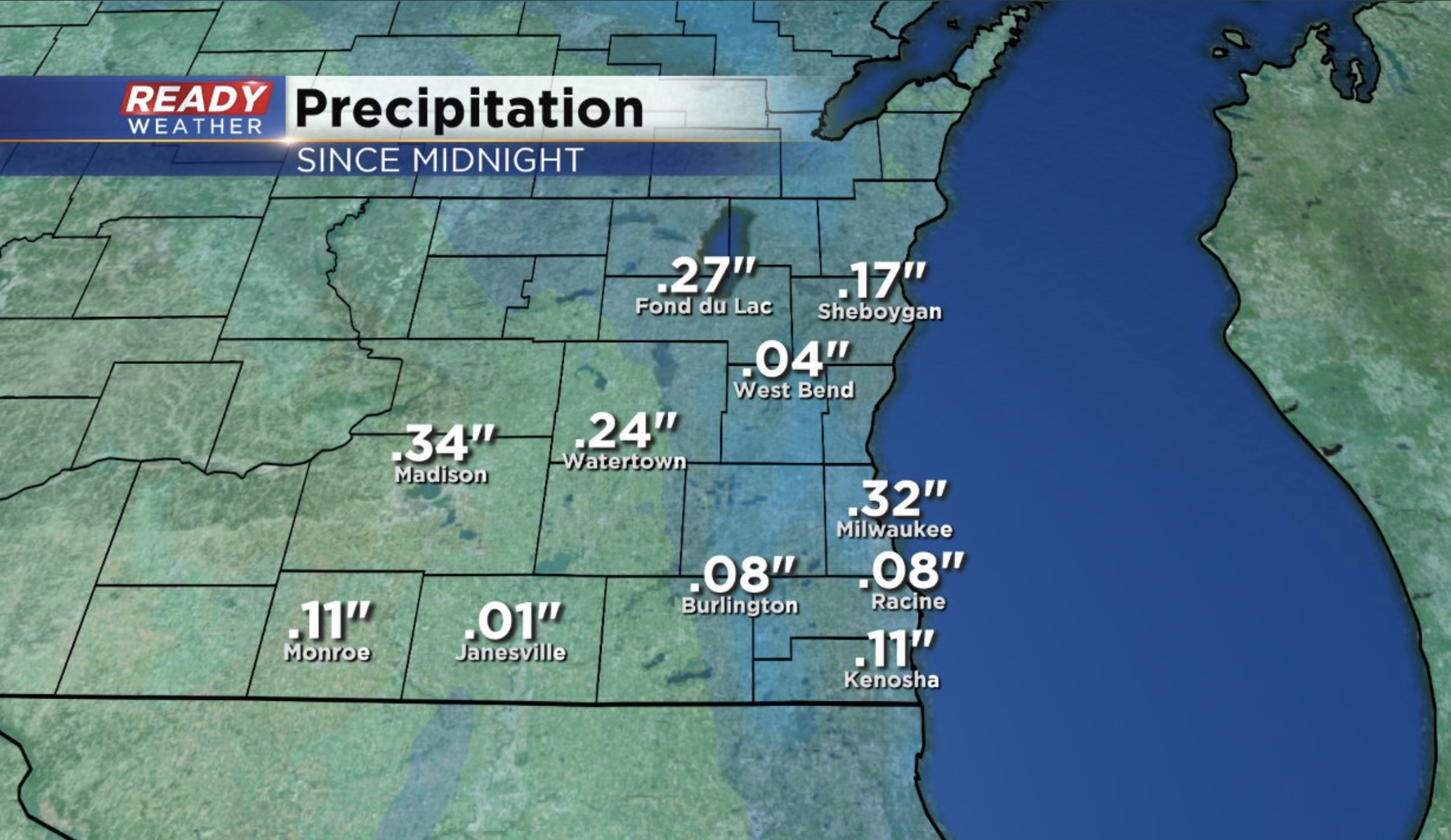 An additional quarter to half inch is possible through Sunday morning. Then as temps cool we’ll end out this storm with scattered snow showers, especially north. Here’s how much snow you can expect in your area: 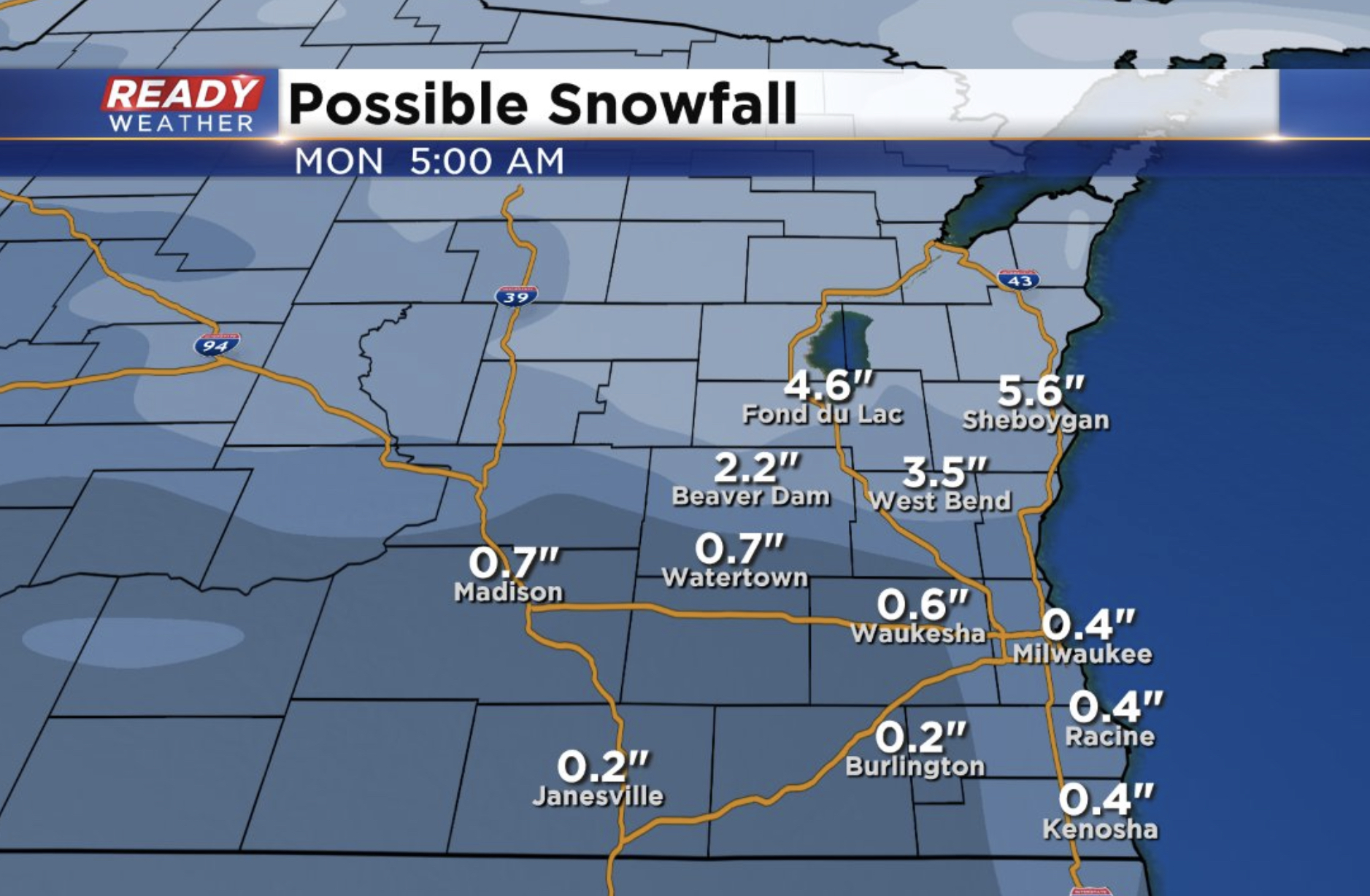 Keep in mind downpours have created ponding on the roadways and reduced visibility especially. Use caution if you need to travel overnight.

3pm Weather Update: Spotty light rain, drizzle and wind has been the story so far today. 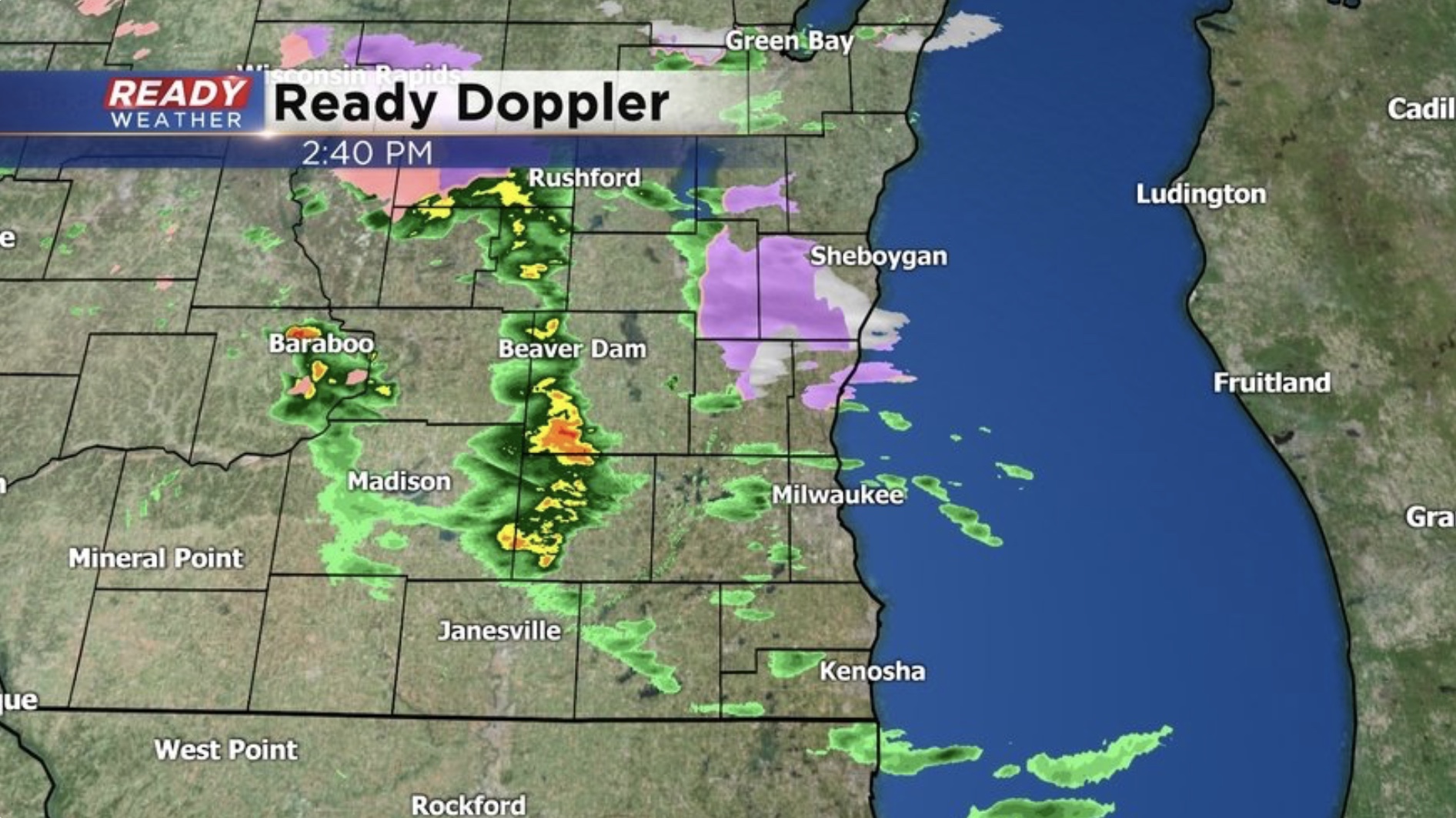 We’ve had thunder and lightning with this batch of rain pushing into Dodge and Jefferson counties. Meanwhile, a light wintry mix is affecting eastern Fond du Lac, Sheboygan, Washington and Ozaukee counties. That’s where continued mixed precipitation may fall. A newly issued Winter Weather Advisory has been posted in Fond du Lac and Sheboygan. 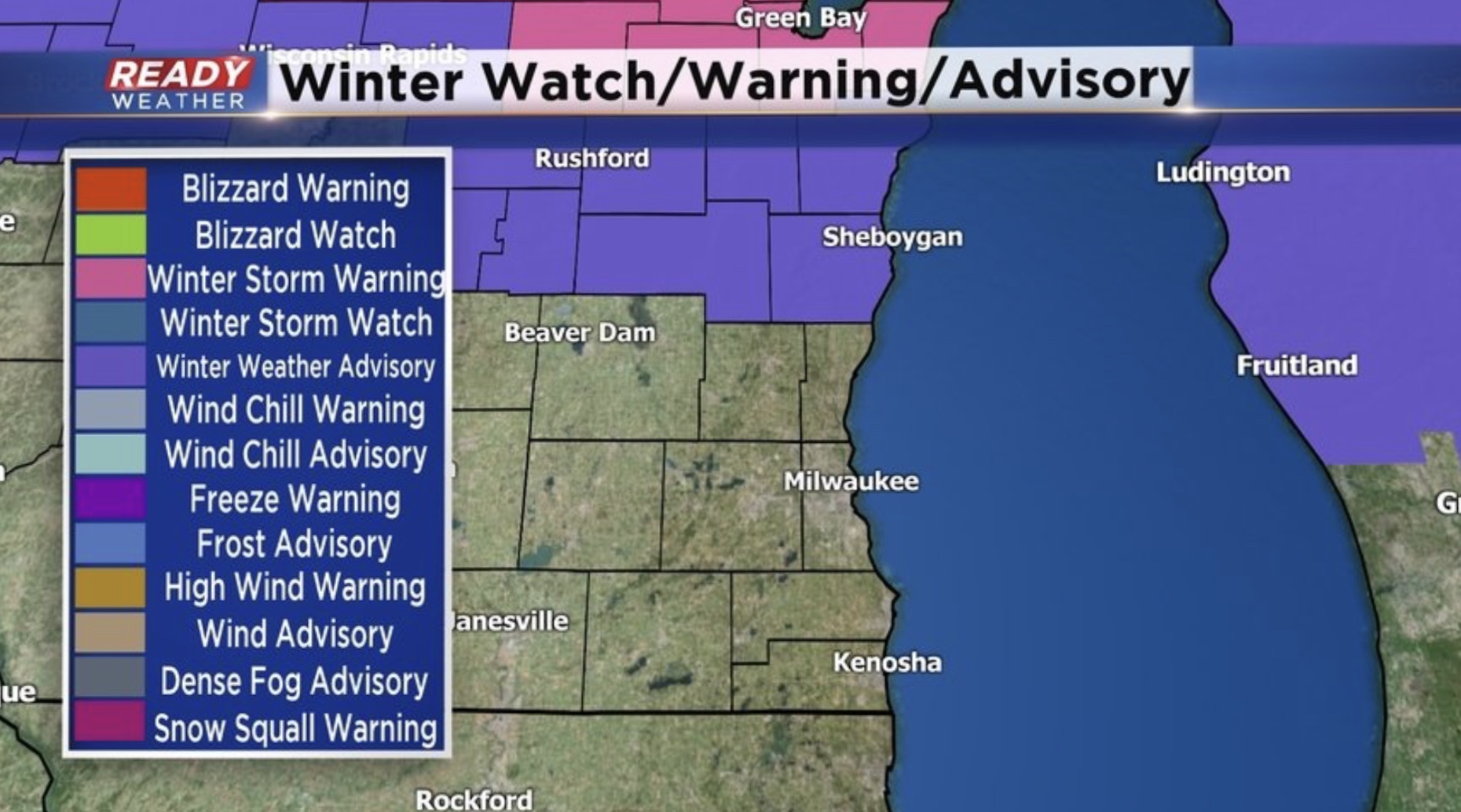 Late tonight wet weather should transition to snow in our two northern counties. Snowfall amounts look to be in the 2-5” range. 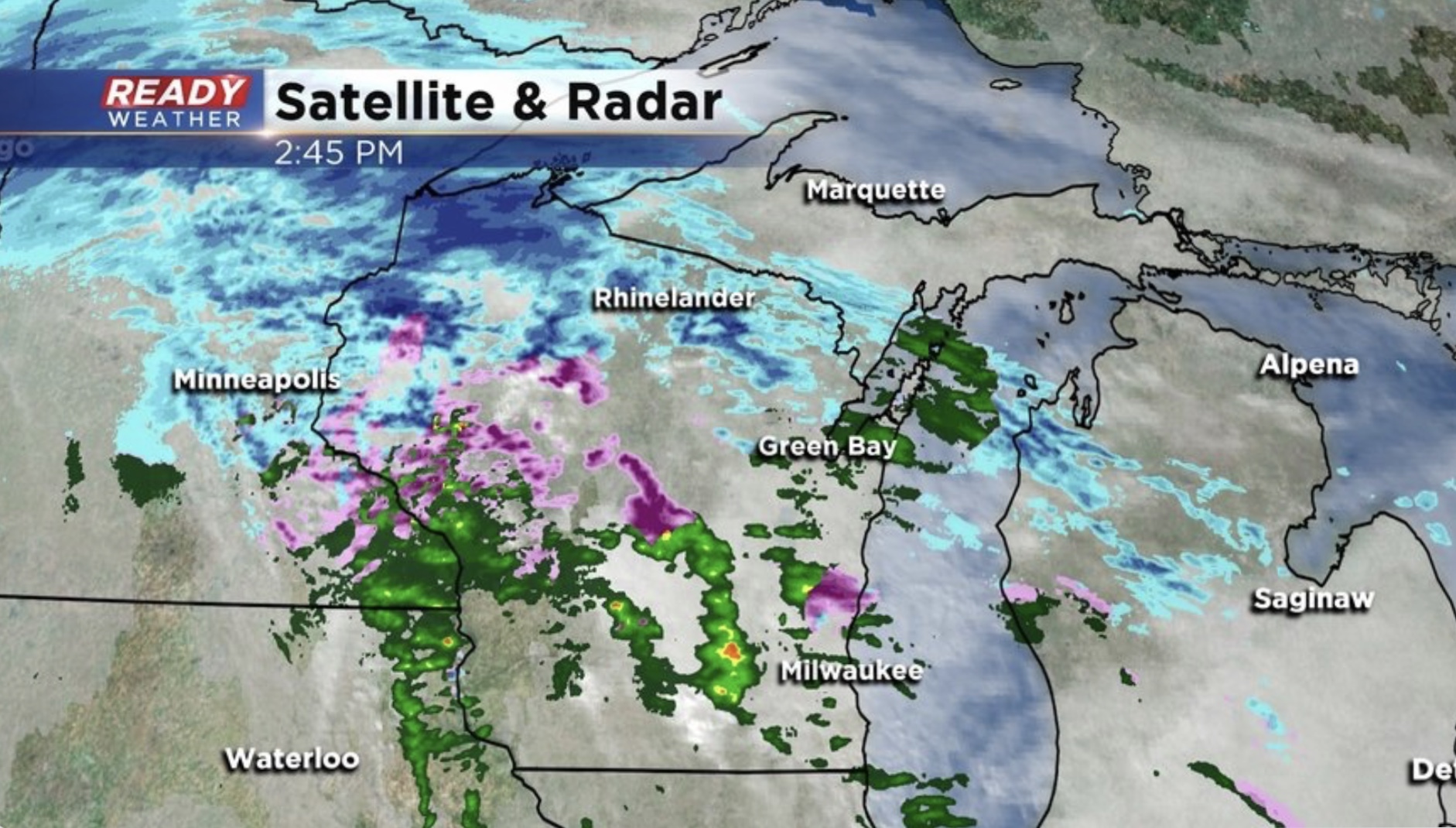 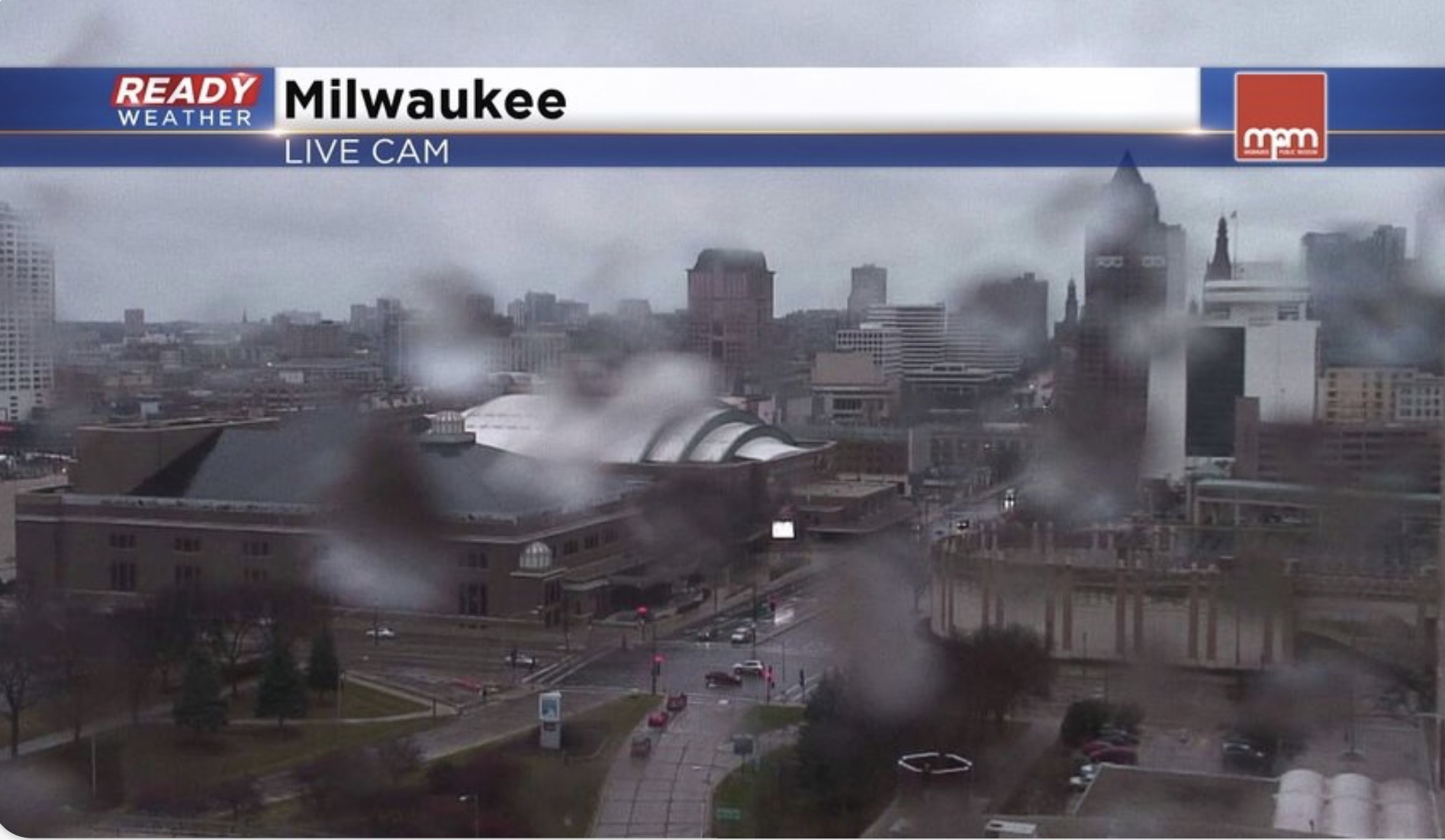 Not to mention the wind is providing feels-like temps in the 20s. 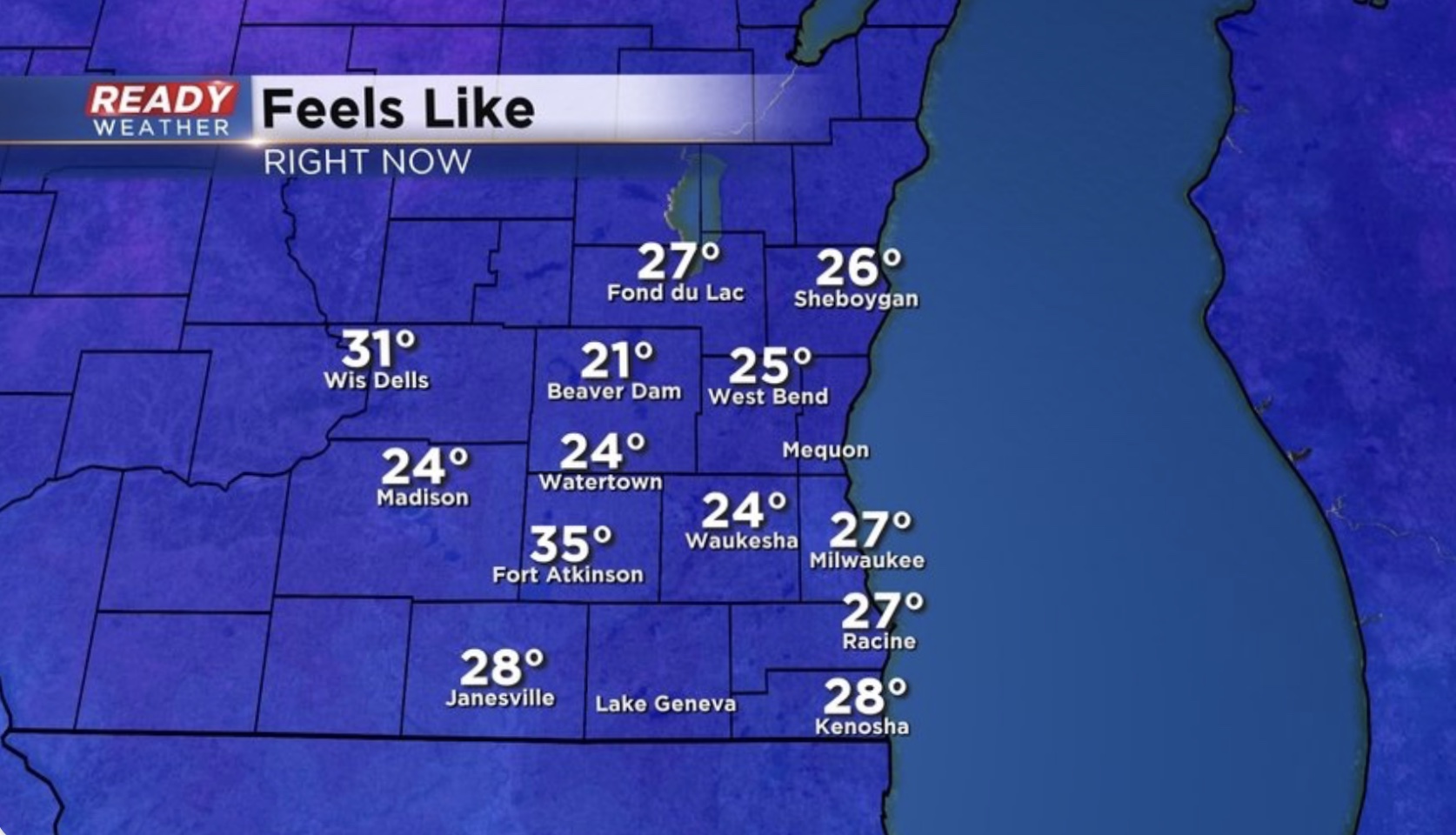 Bundle up as you go out and about on this Small Business Saturday. I’ll have the latest forecast coming up tonight at 5pm on WMLW. 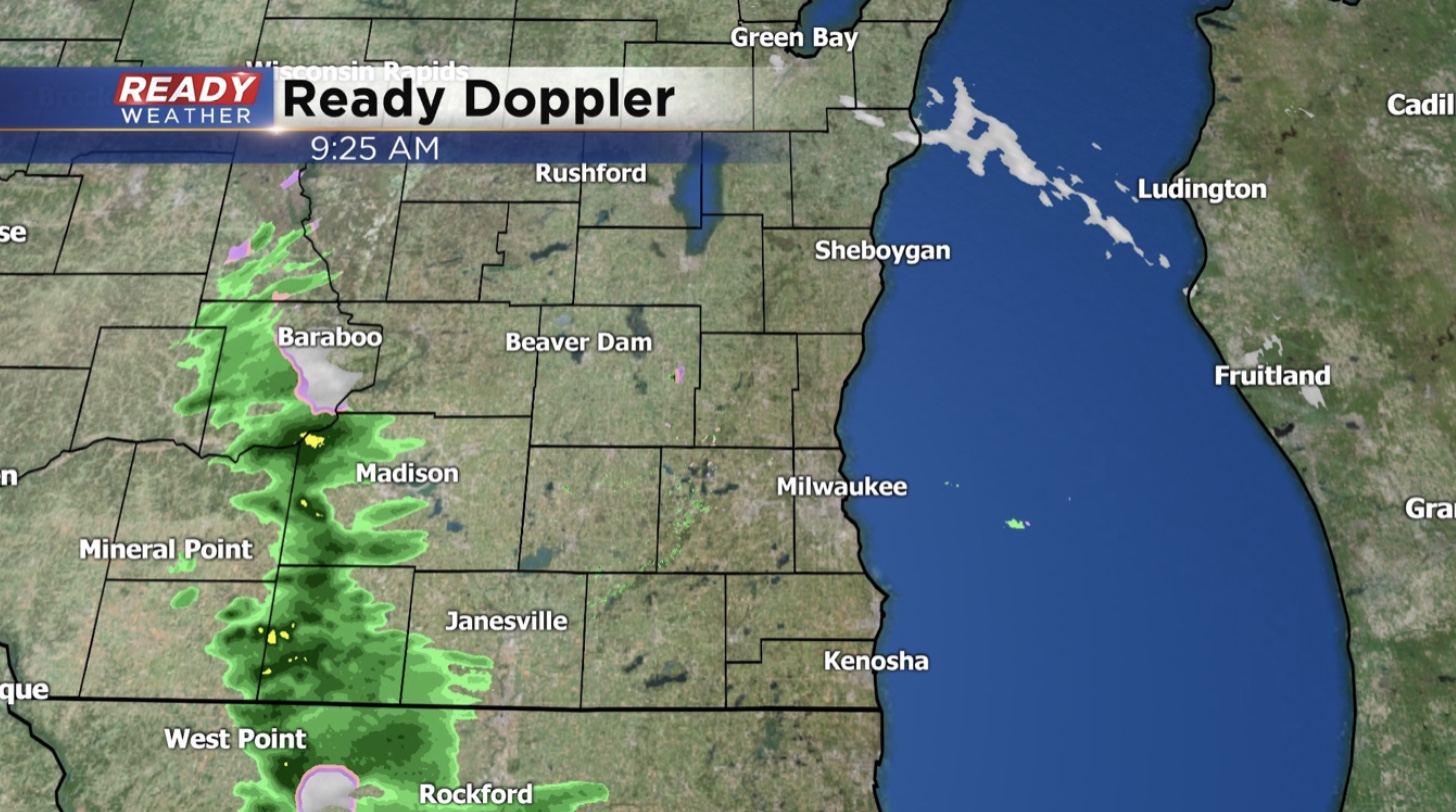 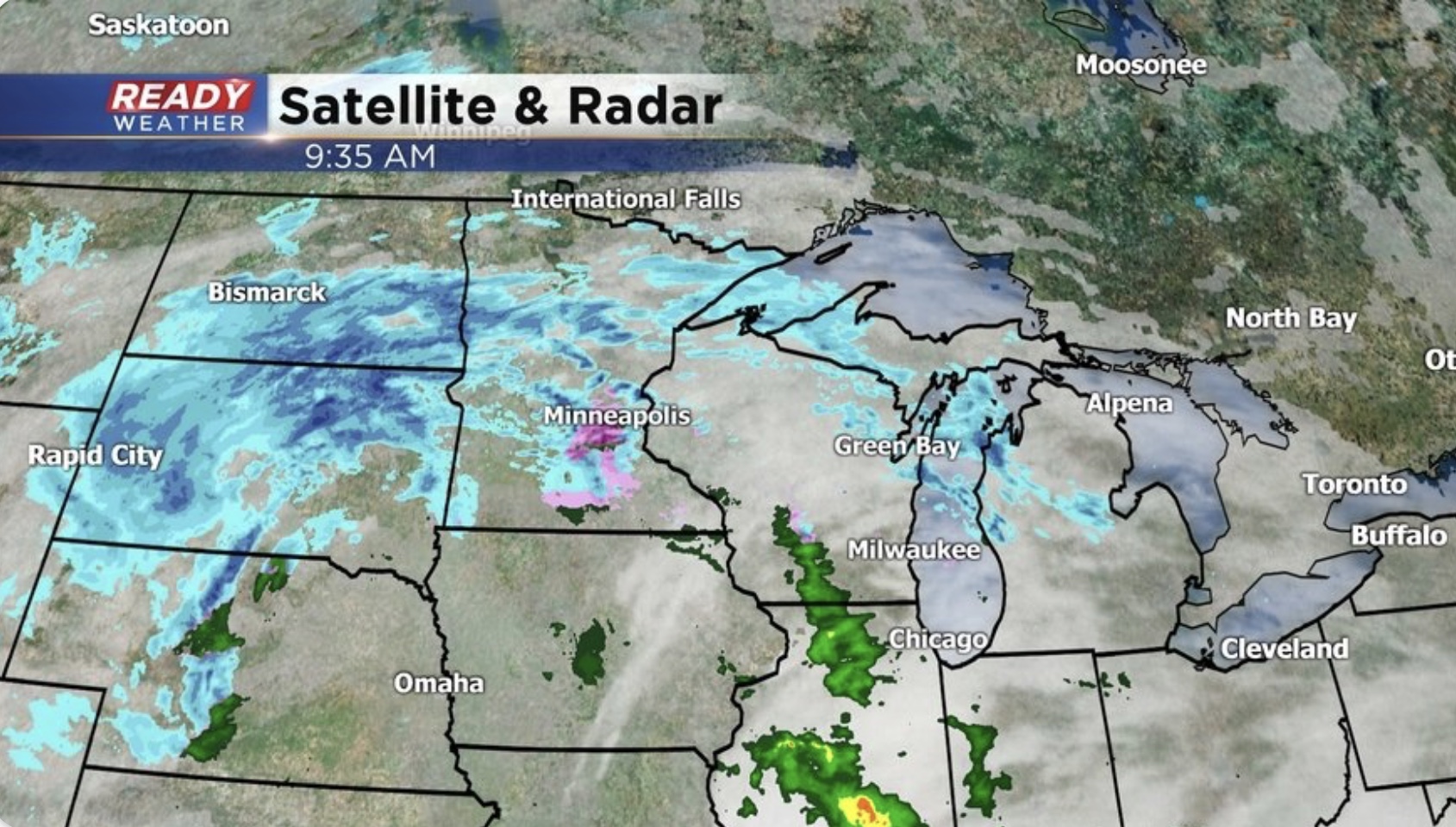 Any precipitation remains light and spotty this morning with rain expected to fill in later today. The wind, however, has already picked up. 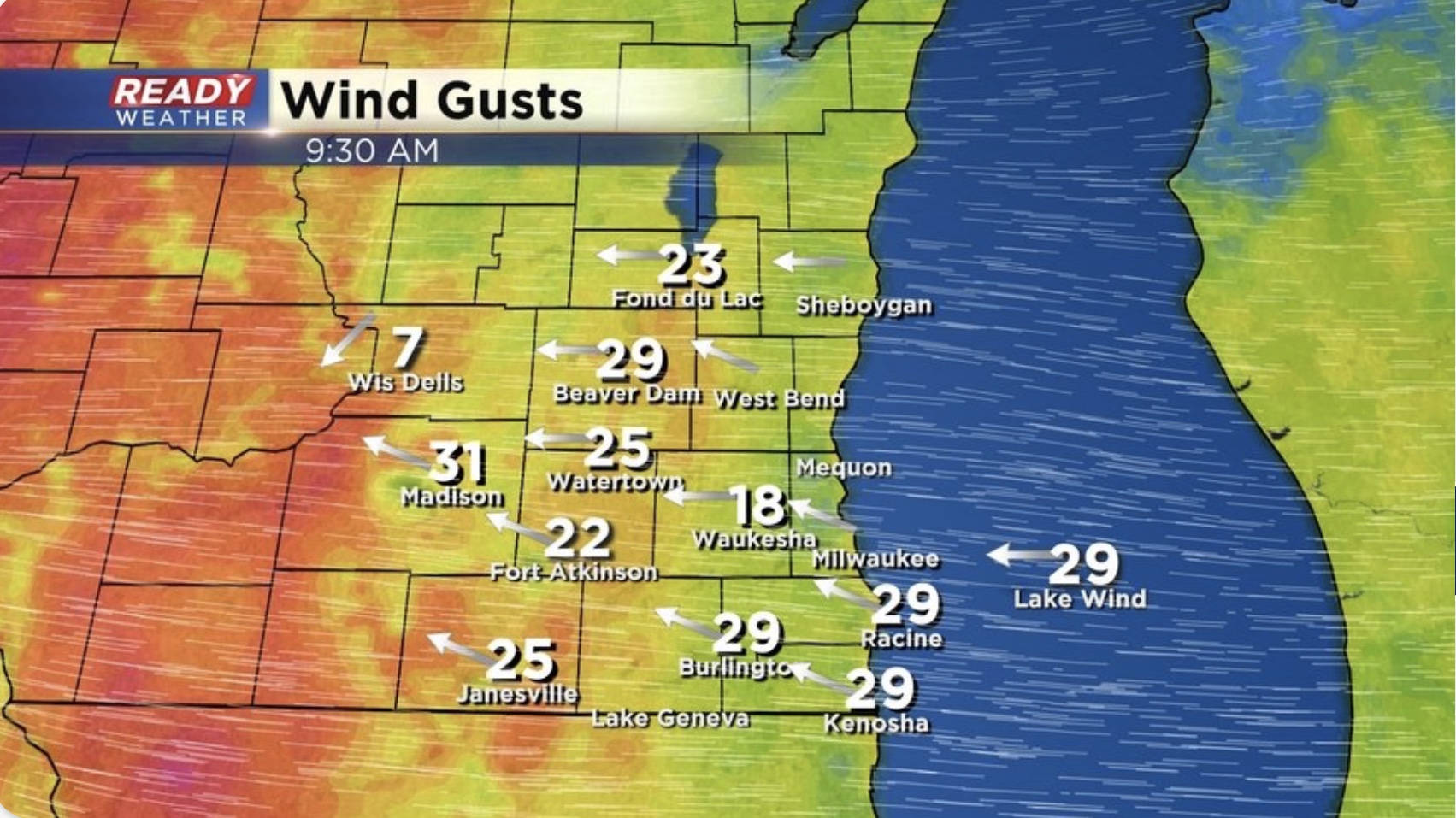 Another major storm impacts the state over the weekend. This system has a similar track to the last event that moved in although slightly south. That slightly southerly track will allow some colder air to move in which means we could see a little bit more snow than the last storm. 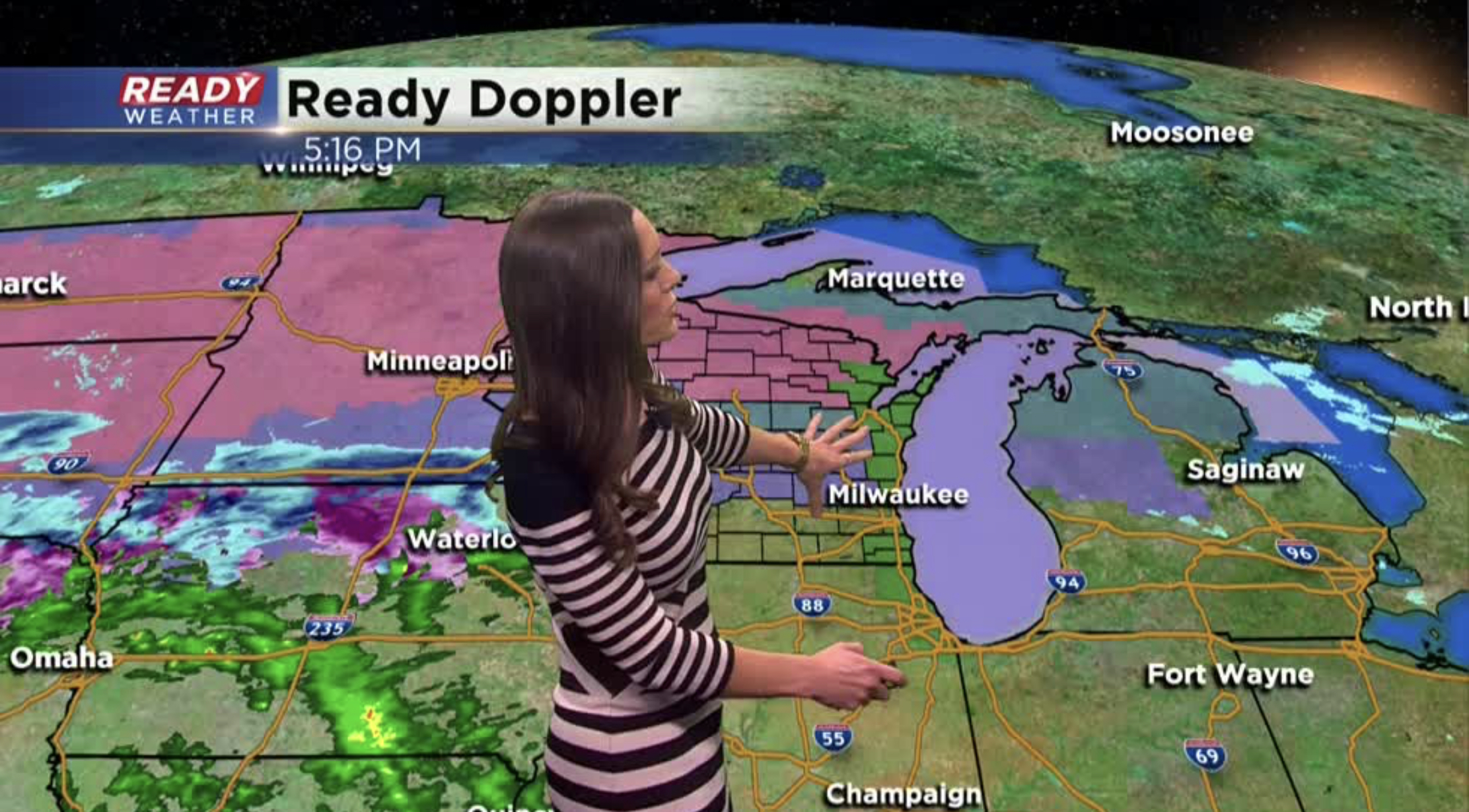 The storm will have an impact on much of the Nation into early next week, which poses potential headaches for holiday travelers. Even tonight northern communities will see scattered light snow and a wintry mix. This could provide a dusting of snow and possibly a light glazing on roads. For this reason the NWS has issued a Winter Weather Advisory for our northern counties until noon Saturday. 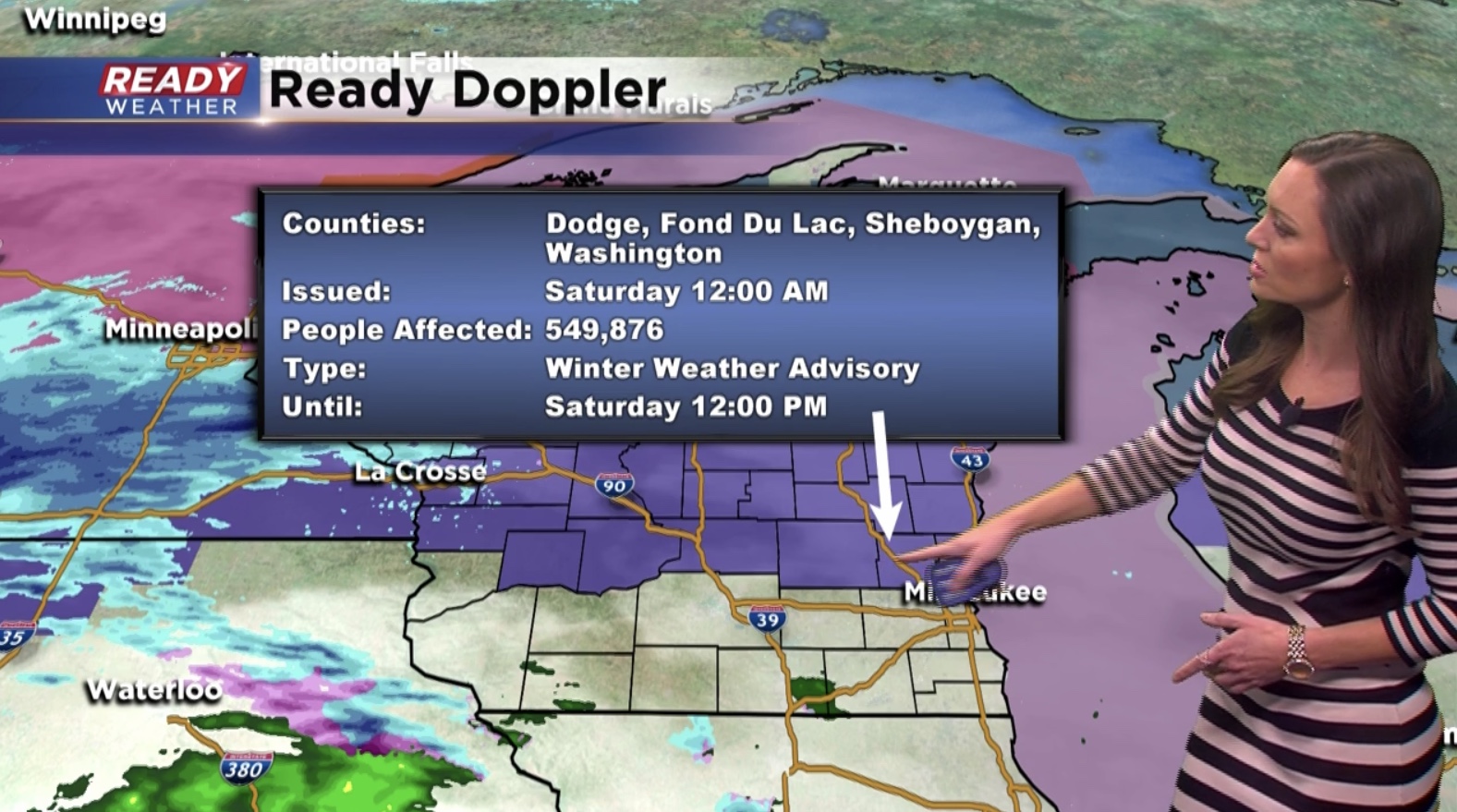 Additionally, expect winds to ramp up as Saturday unfolds. 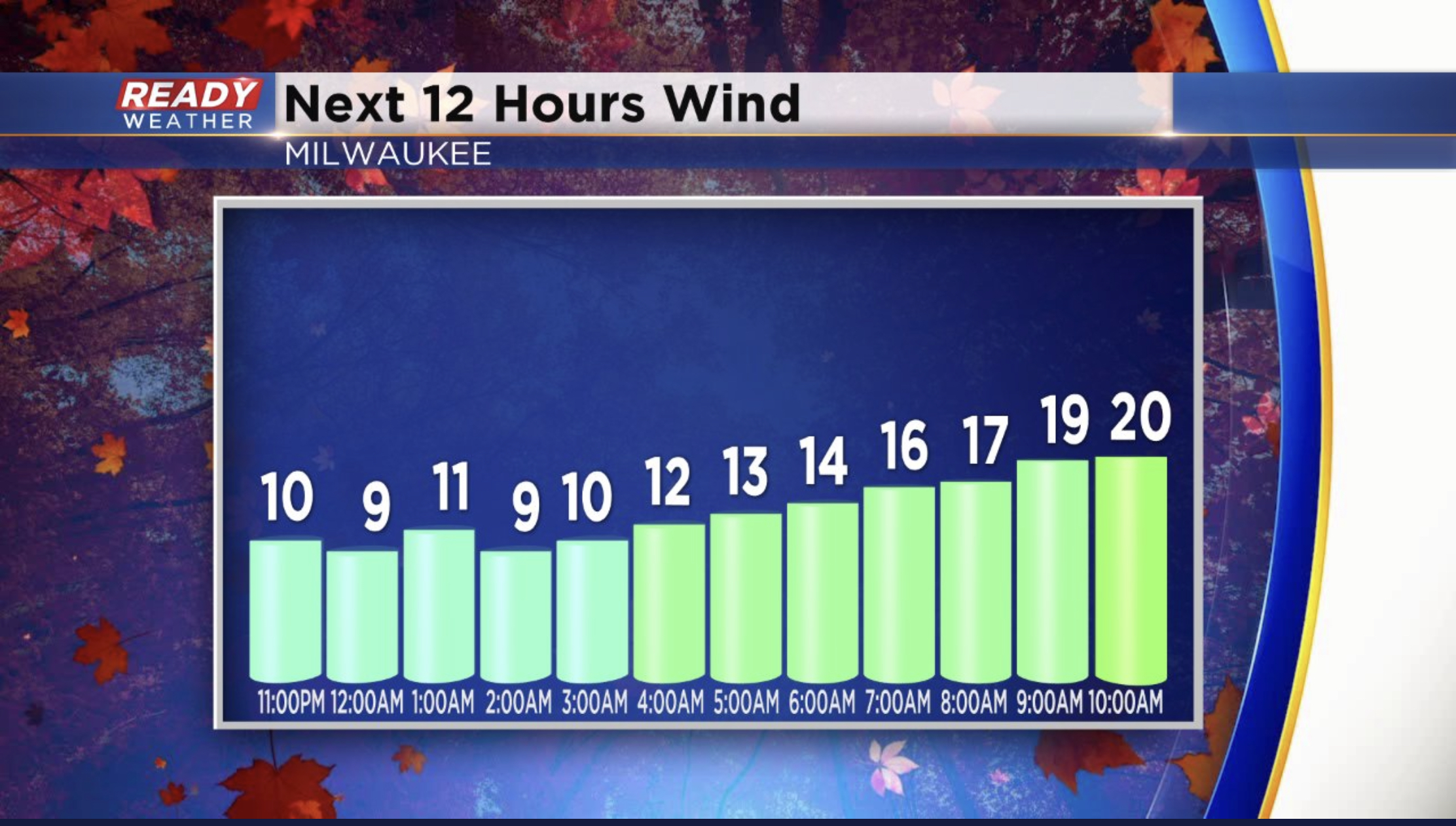 You can see sustained wind already around 20mph during the morning and increasing up to 30mph during the day. Gusts could push 40mph. This will create large waves as winds are coming from the East. Waves of 5-8’ could build up to 10’ leading to lakeshore flooding and even some erosion. A Lakeshore Flood Warning has been issued from noon until midnight Saturday. 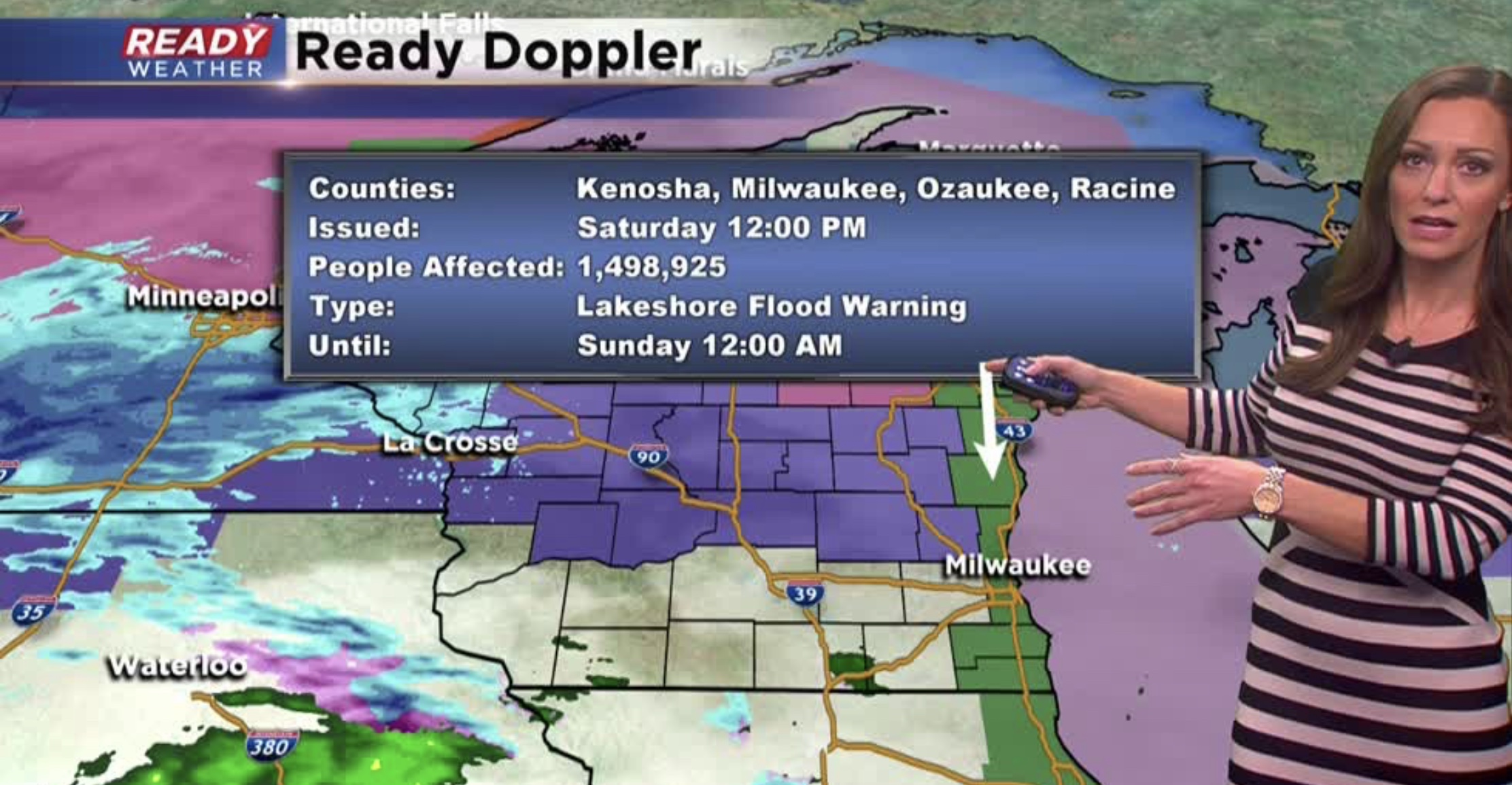 Most of the precipitation on Saturday falls as rain. Expect showers to rain become heavier Saturday evening. 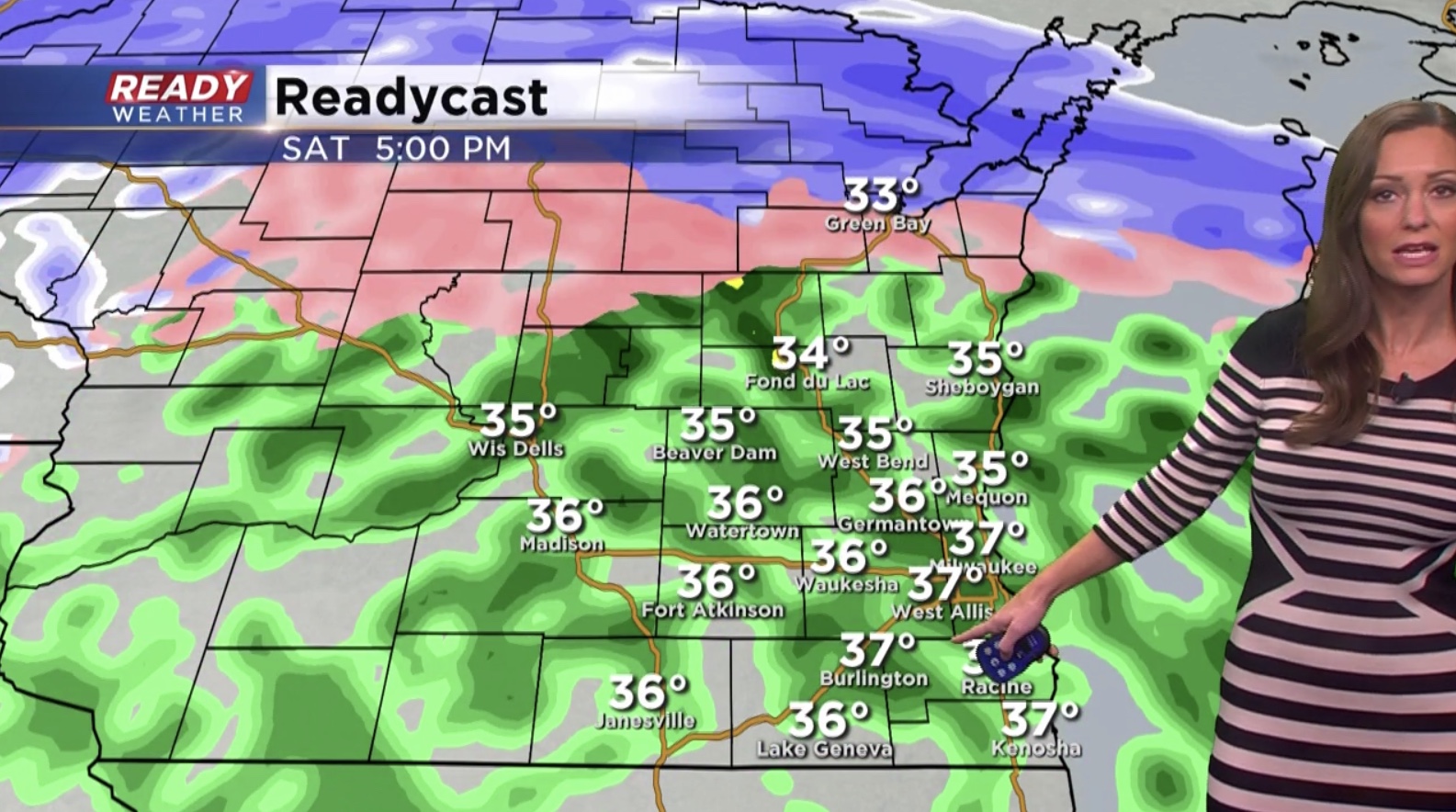 By Sunday morning some spots in southeast Wisconsin will see up to an inch of rain. 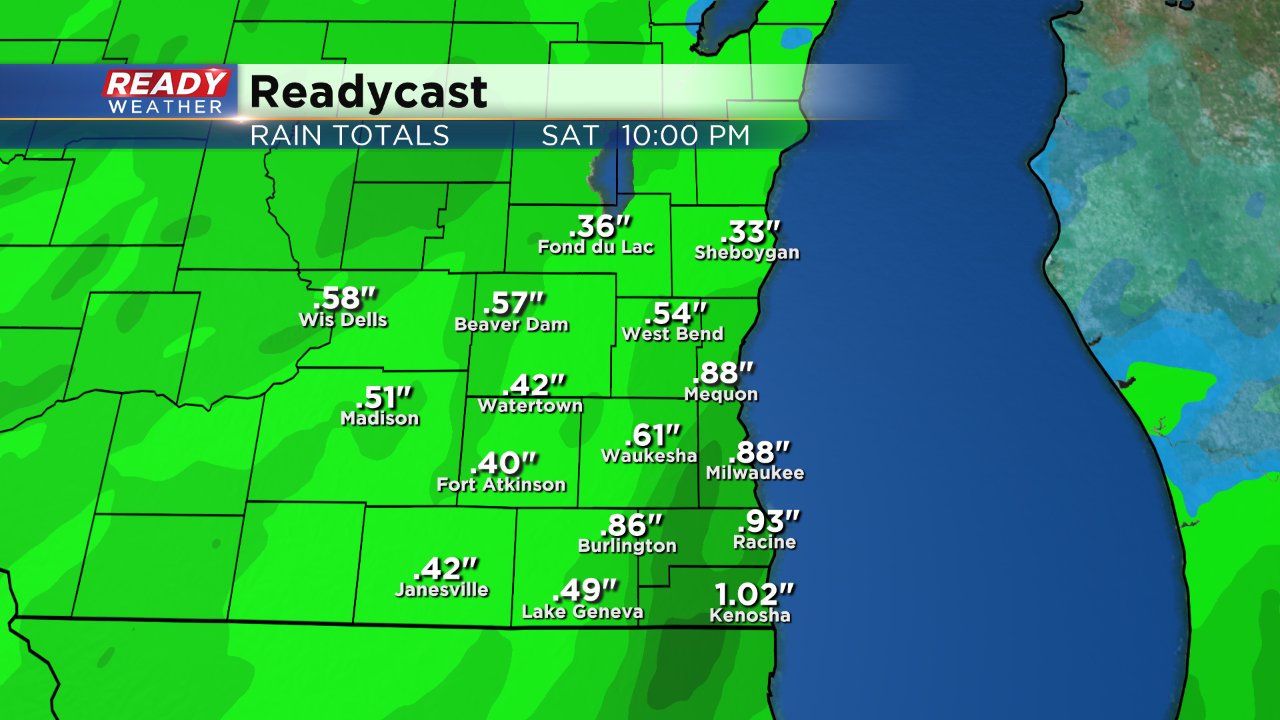 Meanwhile, heavy snow will pile up across the northern half of the state. Saturday night into Sunday could also drop a few inches of snow in our northern communities. 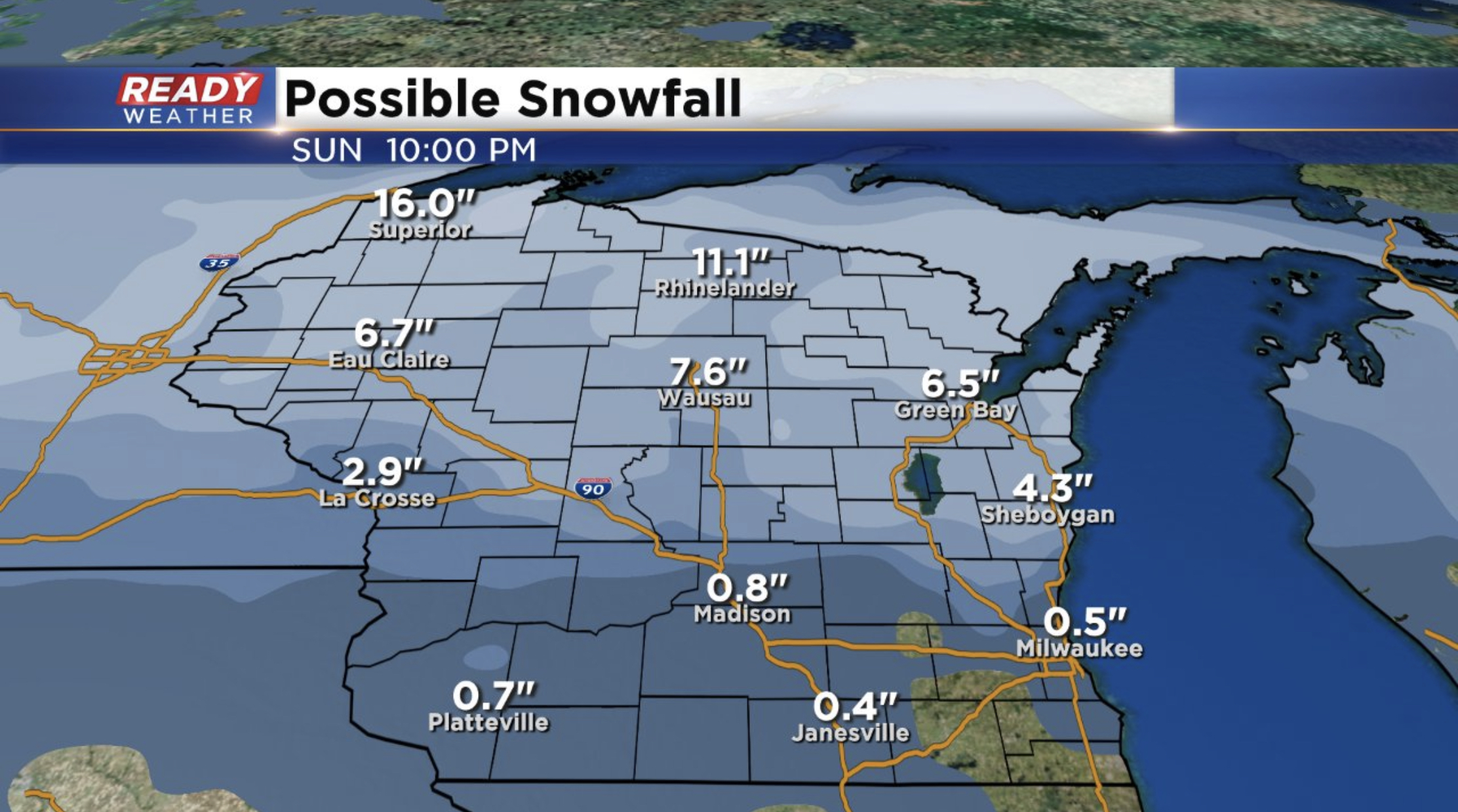 We’ll be keeping a close watch on this storm the next two days.

Be sure to download the CBS 58 Ready Weather App to track the storm through the weekend.