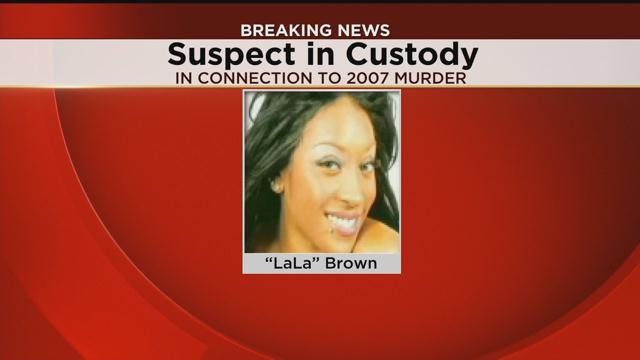 Milwaukee police say a suspect is in custody who they believe is connected to the murder of Yolanda "LaLa" Brown.

The person, however, is in custody on unrelated charges in another state.

Brown, 21, and Music Producer JeTannue Clayborn, 22, were found shot to death in October of 2007.

They were inside Clayborn's studio near 55th and Lisbon in Milwaukee.

Police tells CBS 58 News they they're waiting for the District Attorney's Office to decide if charges will be filed in relation to the Milwaukee double homicide.

Brown was believed to on the verge of breaking into the big time, with strong vocals and beautiful looks.

Her boyfriend, Clayborn, was found found sitting in a chair with a gunshot wound to the face.

Sources say he also had a bullet wound in his hand, believed to be a defensive wound.

Brown had been shot in her back.

The theory has always been that the two knew the killer because there was no sign of forced entry into the studio.

Although reports at the time of the murder indicated the studio had been robbed in the past.

The young victims had dinner with LaLa's family that night before returning to the studio.

Family became concerned when they hadn't heard from either, stopping by the studio and knocking on the doors to get in with no answer.