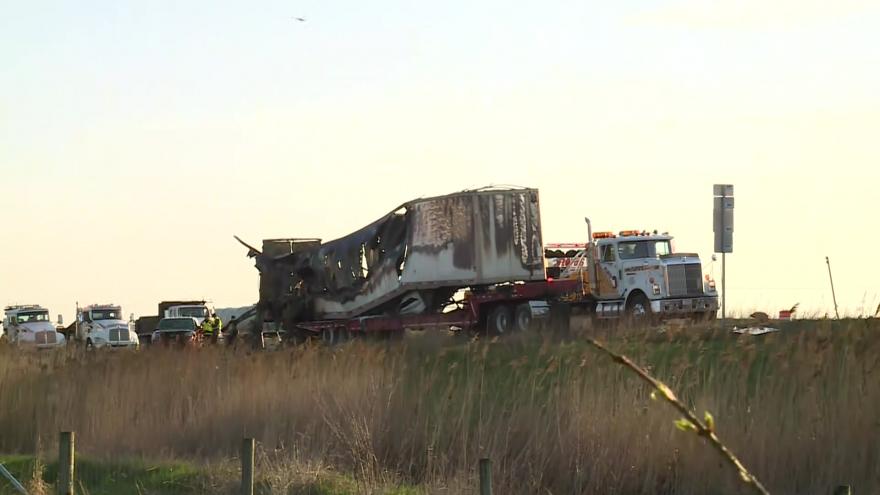 KENOSHA COUNTY, Wis. (CBS 58) -- According to a press release from the Kenosha County Sheriff's Office no one was injured in the semi-truck fire that happened on I-94 south Friday morning.

Sheriff's Deputies say they were called to the scene around 3:30 a.m. The freeway was shut down for about two hours before two lanes of traffic opened just after 5:30 a.m.

The semi was carrying ketchup packets and no hazardous material. Part of the trailer melted to the roadway complicating its removal. It took firefighters about an hour to get the fire under control. The driver saw the flames and was able to get out of the truck safely.

Some southbound lanes remain closed due to clean up on Interstate 41/4 near Wisconsin 142.

Semi cab just drove away. What’s left of the semi trailer is up on a tow truck. Plan ahead. @CBS58#ReadyTrafficpic.twitter.com/IK0InEPdnd

KENOSHA COUNTY (CBS 58) – A portion of Interstate 41/94 is closed Friday morning in Kenosha County due to a semi-truck fire.

The southbound lanes near Wisconsin 142 are closed.

Authorities say they are investigating the cause of the fire. The driver saw the fire in his rear-view mirror and was able to get out safe.

Crews are now working to clean up debris.

Authorities say the truck was carrying packets of ketchup.