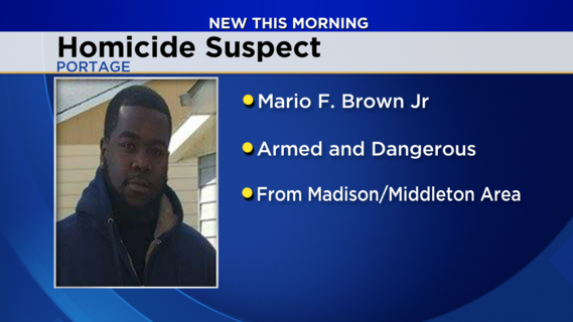 Authorities in Columbia County are looking for two men this morning after a deadly shooting in Portage.

It happened around 8 Sunday night.

Police got a call about a shooting at a multi-unit housing complex. Investigators say two men with guns threatened three people, one of which was shot.

That person died at the scene.

The first is Mario Brown Junior. Hes from the Madison/Middleton area.

The second person is an African American man in his early 20s. Hes described as having short dread locks, about 5'6" to 5'9" and 160 pounds.

They are both considered armed and dangerous, and should not be approached.