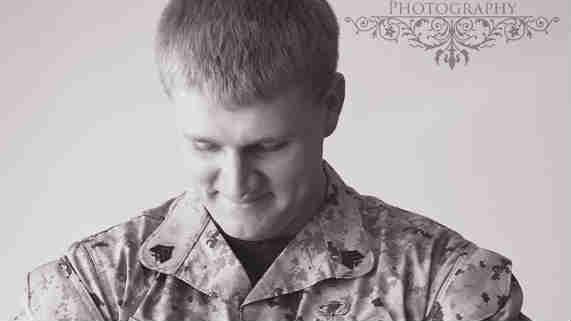 Thick fog called off the search early Thursday for the Marines and Army crew feared dead in a helicopter crash off the Florida panhandle.

The troops were in a black hawk helicopter that came down Tuesday night near Eglin Air Force Base.

One of the Marines on board has been identified as Kerry Kemp, 27, who  was voted best laugh by his graduating class at Port Washington High School.

\"We are very sorry for the loss. It's a tragic thing for someone who was doing great things for our country,\" said Principal Eric Burke.

\"It's very shocking, any kind of accident like this in our country when it happens it's very shocking. We are a tight knit community. So, we are all very sorry for the loss.\"

Kemp met his wife at Port Washington High School and they have a baby daughter.