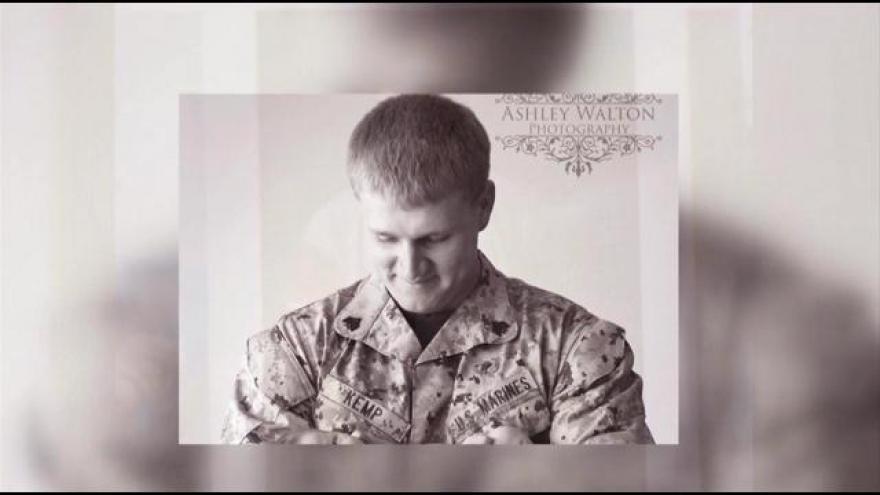 PORT WASHINGTON-- As the procession for S.Sgt Kerry Kemp passed through Port Washington.  Many people lined the streets to salute their hometown hero who died in a helicopter crash out of Eglin Air Force Base.

"He went out to protect us as a country, it was the least we could do to honor him one last time," said Mindi Angele, former classmate.

"I just want Jenna to know, our thoughts and prayers are with her," said Angele.

She's just one of nearly a hundred Port Washington residents who held American flags as the hearse made it's way down West Grand Svenue.

"It's a tragedy such a tragedy," said John Staton, with the American Legion Riders

Kemp's fellow US Marines escorted his casket into the auditorium once the procession arrived at Port Washington High School.

As members of the community walk through the pathway of American flags at Port Washington High School some knew the Kemp family, but others never met the fallen hero.

For those who never knew Kemp in life, it was their chance to say thank you, to a young marine who made the ultimate sacrifice.

"Any veteran is worth going out of the way for," said Joseph Schneider, with the Ozaukee County American Legion.

They also paid their respects to the wife and baby girl he left behind.

"It's just got to be, absolutely heartbreaking, I can't imagine her loss especially with her daughter not even being one," said Angele.

Kemp will be buried with full military honors tomorrow, his family asked for privacy as they grieve their loss.