Porch Pirates: How to Make Sure You're Not a Victim 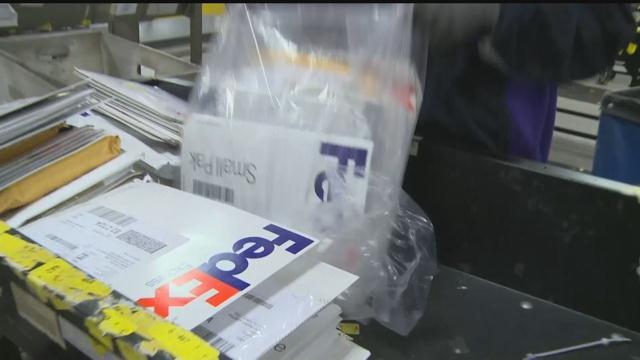 Brazen thieves, hitting homes in the Milwaukee county area in the middle of the day, stealing packages and in at least one victims case taking Christmas presents for her grandchildren.

"Most of us just want to have our things on the porch when we get home," said Terri Griffin.

Its easy and convenient and its why Griffin decided to buy presents for her grand kids online.

In the nearly 25 years shes lived in Bay View, there's never been any issue with getting packages until an incident last week.

Whom ever stole this package had to open the gate, walk through and take the package from the front door.

"It was only about a $42 value but they were Christmas presents. So now I have to decide am I not going to give that or reorder?" said Griffin.

What's more frustrating is she says she went back and forth trying to get answers with both the post office and Milwaukee police.

"The squad called and said they don't do anything about theft of packages from homes." she said.

Here's how you can make sure it doesn't happen to you.

FedEx, UPS and USPS all allow you to hold packages at one of their nearby locations.

They also allow you to monitor delivery online, and in most cases, decide a window of time for delivery.

And finally both Amazon and UPS offer "lockers;" holding your package at a nearby location until you can pick it up.

"I personally now have the post office holding packages because they're someplace safe," she said.

We asked MPD if they investigate stolen packages and got no response.