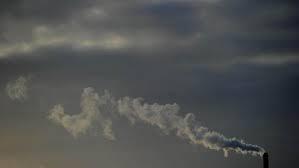 Poorer nations dealing with extreme weather disasters want richer nations, like the United States, to pay for reparations and to relocate various populations. Meantime, the U.S. and wealthier nations apparently aren't on the same page.

Talks ahead of the United Nations Conference on Climate Change this December in Paris have developing nations asking for more than the already agreed upon $100 billion per year for climate change mitigation measures.  Many third-world places are blaming extreme weather-related disasters from emission-polluting counties with wealthier economies.

The conference aims to reach an international, legally binding agreement on climate change.  It would reduce greenhouse gas emissions and try to put a stop to global temperature rise.  A separate agreement is being worked on addressing losses and damages from extreme weather events. Currently, the Warsaw Mechanism, adopted two years ago, deals with this very issue.  But it's due to expire this year.

The $100 billion-a-year commitment by 2020 seems a lot, but the fear is it's not enough with extreme weather events on the rise, the cost of cleanup, and the toll on people's lives.