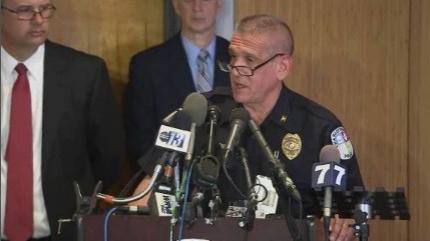 (CNN) -- (CNN) -- Charlottesville Police Chief Tim Long said investigators did not find evidence to support that a sexual assault happened at a fraternity house at the University of Virginia in September of 2012.

Police began investigating after Rolling Stone last November published a story detailing the account of \"Jackie,\" a college student who said she was raped at the Phi Kappa Psi house.

Long also noted that just because police found no evidence to support the article's content.

\"That doesn't mean that something terrible didn't happen to Jackie\" on the day in question,\" said Chief Long, \"only that law enforcement were unable to gather facts to legally prove it.\"