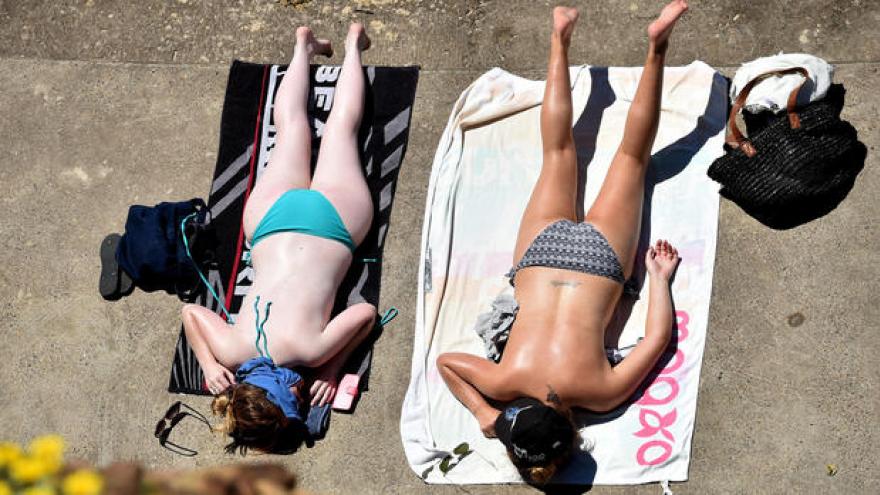 (CBSNews) The beach patrol for a Maryland resort town has been told not to bother women who go topless, CBS Baltimore station WJZ-TV reports.

Those guidelines were sent to employees in a memo from Ocean City Beach Patrol Capt. Butch Arbin this week.

The policy - which instructs employees to document instances of female toplessness but not to approach the women in question - has reportedly been in effect since May 20.

This comes after a woman who advocates for women being allowed to go topless in public contacted the Worcester County State's Attorney Office about the legality of bare-chested females last year.

The Associated Press identified the woman as Chelsea Covington, a national advocate for the "topfreedom" movement.

A spokesperson for Ocean City says officials are still waiting for the opinion, but the mayor and city council are "strongly opposed" and are exploring what legal actions they can take to prevent topless women on the beach.

"It's really based on the particular situation and how it's presented to us," Ocean City police said.

Maryland is one of several states with ambiguous topless laws. Some cities like Austin, Texas; Boulder, Colorado; and Madison, Wisconsin, have what's known as "topfreedom."

Some fear the family-friendly feel of Ocean City could be in jeopardy if toplessness becomes the norm.

"The beach is something that we're trying to incorporate as a family," one beach visitor told WJZ-TV. "It would turn us away, and we would just go elsewhere."