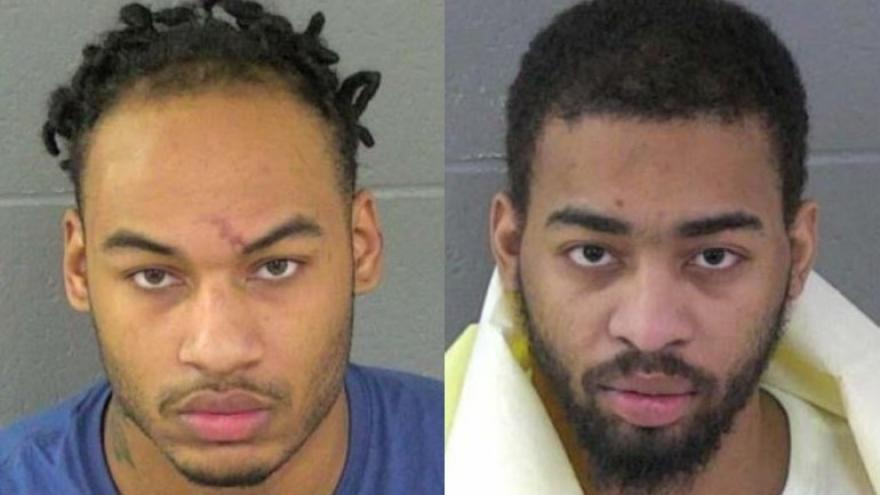 Both men are scheduled for preliminary hearings on Feb. 24.

MENOMONEE FALLS, Wis. (CBS 58) --- A pair of thieves were arrested after stealing and crashing two cars in Menomonee Falls on Monday, Feb. 15.

The incident began at 10:39 p.m. when police were dispatched to a single vehicle crash on Interstate 41 southbound near Main Street.

Menomonee Falls police say while investigating, an additional dispatched call was received at 10:41 p.m. about a robbery at a hotel parking lot on Main Street.

The victim reported to police their vehicle was taken at gunpoint by two suspects.

Shortly after, officers found the stolen vehicle abandoned a short distance away.

Police say it was learned the two aforementioned reported incidents were related to an earlier reported stolen vehicle out of Hartford.

The suspects then abandoned the stolen car and fled to the parking lot of the hotel, and stealing the second vehicle from a victim at gunpoint.

The two suspects then fled on foot and were eventually located and taken into custody. The suspects are in custody of the Waukesha County Jail with several criminal charges pending, according to a news release.

Police were assisted in the investigation and arrest by the Germantown Police Department and the Washington County Sheriff's Office.