Police Surprise a Milwaukee Family with Christmas Presents and Save Christmas 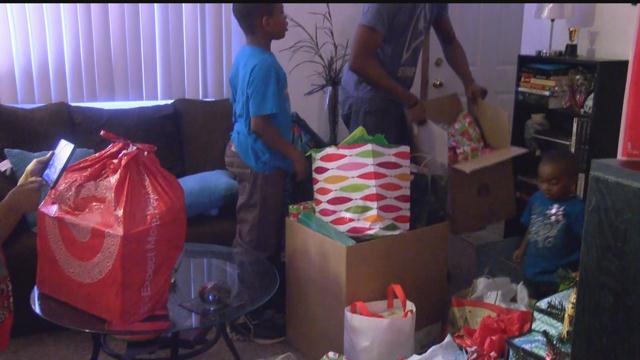 The morning before Christmas Eve, Milwaukee Police Officers knocked on the door of the Mitchell family.

The department filled an entire squad car full of gifts. Most of those toys were donated by Starbucks customers.

It has been a tough year for the Mitchell family.

There are three boys ages two, six and 10.

Their mother is in the hospital after she suffered a brain aneurysm earlier this year. Their father also lost his job after that.

He said to CBS 58 that he actually crossed Christmas off the list.

He didn't think it was going to happen this year.

Both Mitchell and officers were left speechless this morning.

"I'm just happy I didn't expect this. I expected to her three gifts maybe if he's now my whole living room is full and I don't know if we can walk anymore," Jeremy Mitchell said.

“It's a sense of community. We're all trying to help each other. And officers and their hearts and traditionally is what we do we help people,” said Officer Edward Ciano.

The best present however may be that mom will be able to come home at least for a couple of days to spend Christmas with her family.