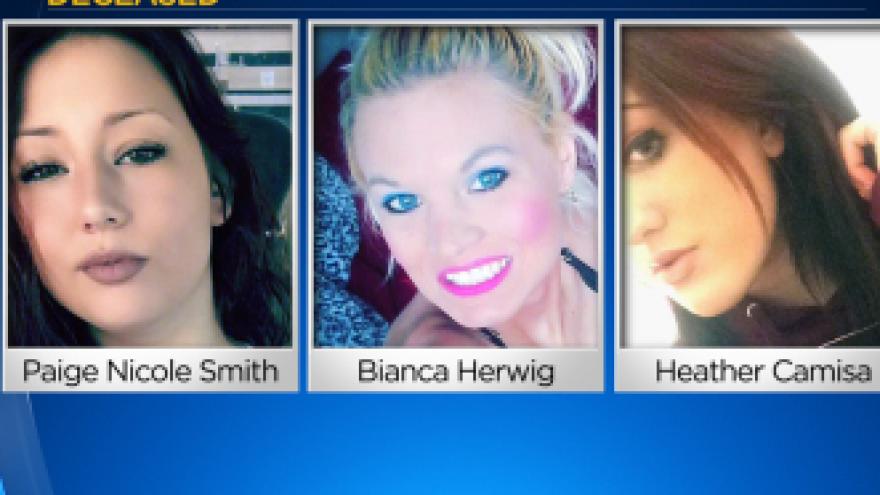 BETHEL PARK, Pa. (KDKA) — Three women were killed and another was critically injured in a Tuesday morning crash in Bethel Park, and disturbing Snapchat video before the accident appears to show the victims drinking from a bottle of vodka inside the car.

According to police, the crash happened in the 5600 block of Library Road just before 1 a.m.

When officers arrived at the scene, they found a Mitsubishi Outlander which had crashed into a telephone pole, splitting it. Power lines were brought down as a result and were resting on the vehicle.

The 21-year-old driver, Paige Nicole Smith, was pronounced dead at the scene along with one of passengers, 17-year-old Heather Camisa. Officers say 23-year-old Bianca Herwig was transported to a local hospital, where she later died.

Meanwhile, a 21-year-old woman, identified as Brooke Molnar, was ejected from the vehicle and was last listed in critical condition.

The cause of the crash is under investigation, but police believe speed and alcohol were factors.

“This was a very tragic accident, and it serves as an example of what can happen when you mix alcohol and driving in a vehicle,” said Chief O’Conner.

Deeply disturbing to investigators are several Snapchat videos that allegedly show the women involved in the accident drinking heavily in the hours before the crash.

“I would speak to our teens and young adults out there, you’re not invincible. You may set out to have a good time, and that’s your intention, but when you mix alcohol and driving, you could wind up dead,” said Chief O’Conner.

Investigators will use the same videos to try and determine when the women were drinking and how much alcohol they were served.

Investigators tell KDKA’s Marty Griffin that they believe drinking was taking place inside the car. They found an empty bottle of vodka inside the car at the scene.

Library Road was closed in both directions between Brightwood Road and Sarah Street. By 5:30 a.m., traffic in that area was alternating on a single lane. Also, power was out for a time this morning nearby because the lines were brought down in the crash,