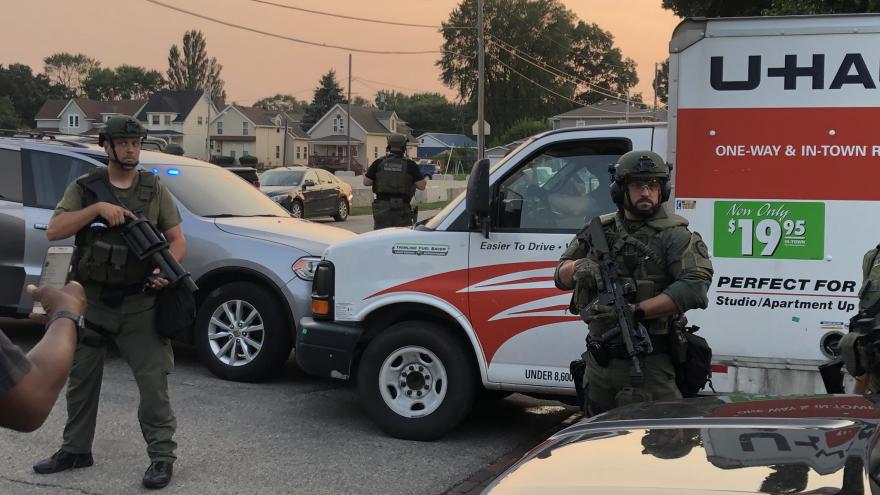 KENOSHA, Wis. (CBS 58) -- Zao MKE Church released a statement Wednesday in response to the Kenosha Police Department's recent account of events regarding a U-Haul of aid sent by the church to protesters in Kenosha.

Law enforcement on both a local and federal level forcibly and unconstitutionally seized these items without legal justification in violation of the protesters’ Fourth Amendment rights under the United States Constitution.

Zao MKE Church feels that all persons should be free to peacefully stand up against systemic racism, and should not be denied access to food and water while doing so.

Rather than return these items of humanitarian aid to the church, Zao MKE Church requests that law enforcement in Kenosha distribute these items to their rightful recipients – the unarmed and peaceful protesters advocating for Black Lives Matter.”

The truck was parked facing the wrong way on a one-way street across from the Kenosha County Courthouse and near the dinosaur museum, which has been the target of several arson attempts, according to police.

Kenosha officers and U.S. Marshals detained the occupants of the vehicle and released them after questioning.

The church says they have operated a large-scale supply depot for protests in support of the Black Lives Matter movement since early June. They say the truck contained around $1,000 worth of food, water, medical supplies, COVID-19 masks, fire extinguishers and other humanitarian aid.

In a press release, Zao MKE Church said in part:

“Opening our building as a supply depot for Black Lives Matter protesters aligns exactly with who we are. We follow Jesus, a brown skinned, radical peasant organizer opposing Roman policing. We center the work of holy justice in our lives, which drives us into the streets often to protest or create. And we dream of a radically inclusive community, where all are loved and held precious the way God loves them. If one way we can advance that dream is to throw open our doors, offer food and water, bring medical supplies to prophetic protesters, and boldly proclaim Black Lives Matter - we're in, no question. We’re not going to stop supplying humanitarian aid, regardless of the intimidation tactics of the Kenosha PD.”

Kenosha police say an investigation is still underway and law enforcement has reached out to Zao MKE church to return property. They say the church has declined to speak with investigators and did not want the property back.