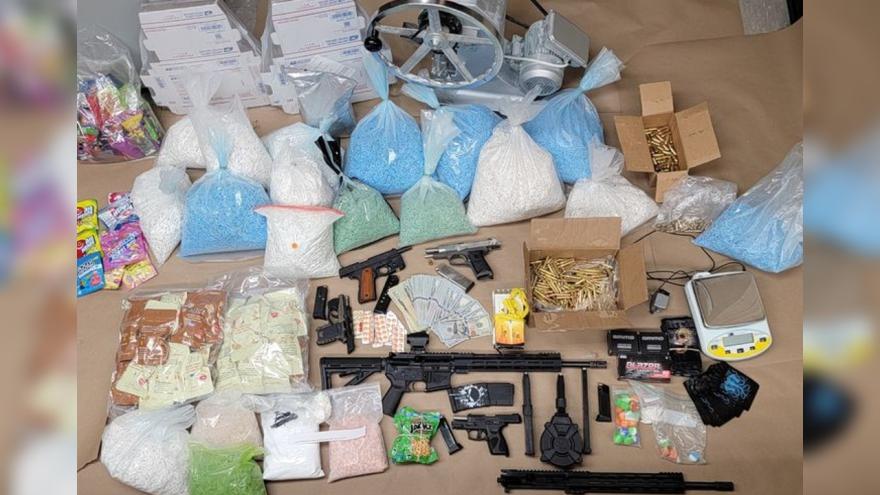 LA CROSSE, Wis. (CBS 58) -- A major drug operation out of La Crosse has been shut down as more than $1 million in drugs, cash and guns were seized.

La Crosse police seized one pound of fentanyl, along with cocaine and meth from three locations.

The suspect, Jade Deeny, also had four handguns and a rifle.

Neighbors in the area are in shock.

"It's pretty sad to find out that it's in our neighborhood. It's scary too," said Tom Tooke, neighbor. "If he would have gotten into it with police around the other day, holy cow, like I said I live right here, stray bullets flying? We don't need that."

Police say Deeny had thousands of boxes and was ready to ship the drugs.

Deeny is now in custody with charges expected.

Officials say Deeny is a convicted felon who spent time in prison in North Carolina for drugs and guns.