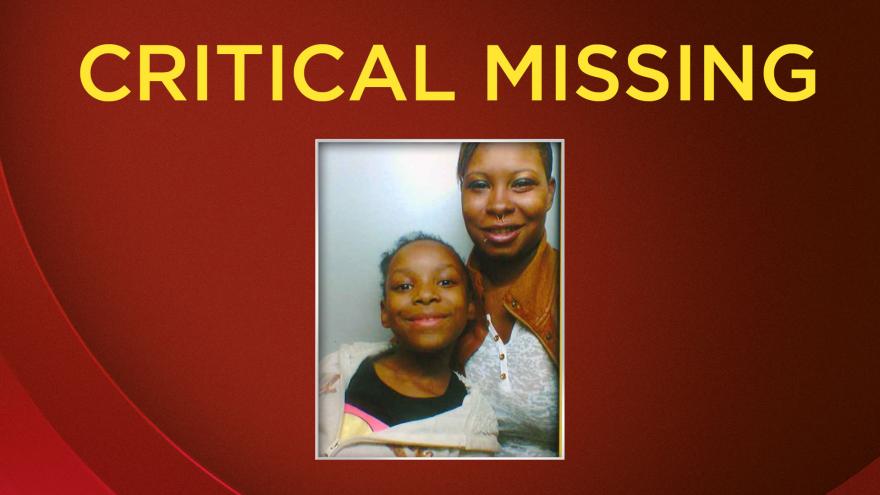 UPDATE: The AMBER alert for an 8-year-old Milwaukee girl has been cancelled. At 8:25 AM  the Milwaukee Police said that Naveah Martin and Jasmine Martin-Williams were found safe.

The MPD said they received numerous calls from the public regarding the case. The Police are continuing to investigate the incident.

An AMBER alert has been issued for an 8-year-old girl who has been taken by her mother who threatened to harm both herself and the child.

Jasmine Martin-Williams left her home near 38th and Concordia with her 8-year-old daughter, Naveah Martin at approximately 10:30 PM on Monday, July 11. According to the Milwaukee Police, the 29-year-old Martin-Williams has threatened harm to herself and her child.

Jasmine Martin-Williams is described as 5’04” tall, weighting 140 pound with a slim build and a medium complexion. She has curly short black hair and brown eyes. She was last seen wearing yellow shorts, black baseball cap, and a t-shirt.

Naveah Martin is 4’ tall and weighs 60 pounds. She was wearing blue flowery pajamas.

The mother and daughter were last seen fleeing on foot.

Anyone with information is urged to contact Milwaukee Police Sensitive Crimes at 414-935-7405.