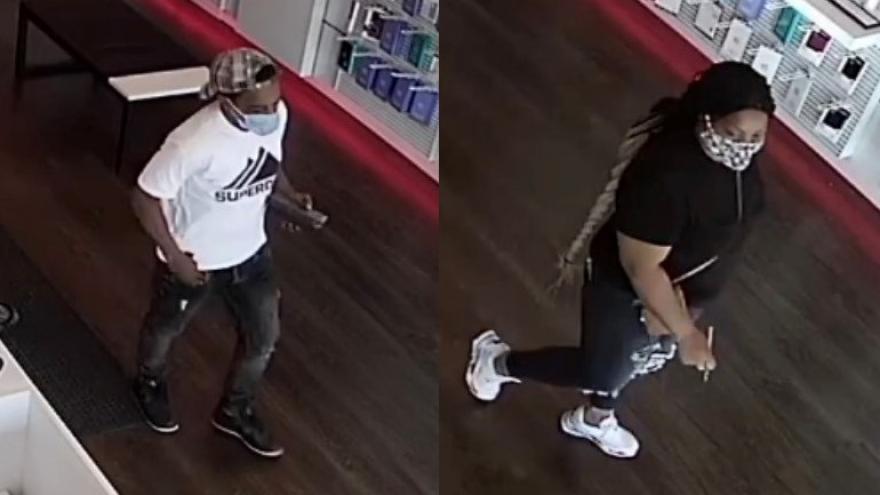 MENOMONEE FALLS, Wis. (CBS 58) -- Police are asking for the public's help to track down suspects who stole iPhones from a T-Mobile store in Menomonee Falls.

The suspects stole two iPhone 12 pro max phones. One pacific blue in color, and one rose gold in color.

The suspects were seen leaving in an older model gray Chevrolet Malibu.

Anyone with information on these suspects is urged to contact the Menomonee Falls Police Department at 262-532-8700.

To make an anonymous tip, contact Waukesha County Crime Stoppers by calling 1-888-441-5505, through the website HERE, or through the new P3 phone app that can be downloaded through either the App Store or Google Play.