Police seek suspects in fatal shooting near 35th and Wisconsin 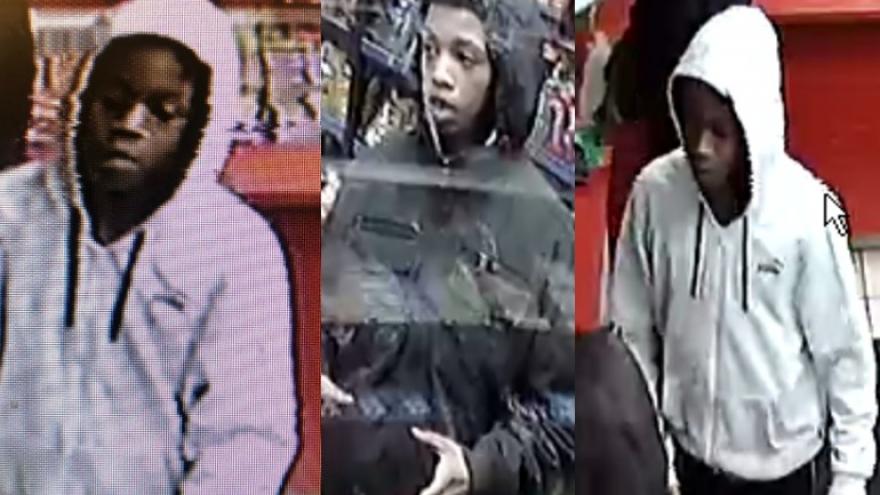 MILWAUKEE (CBS 58) -- Milwaukee police are looking to track down suspects wanted in connection to a fatal shooting that happened near 35th and Wisconsin on Saturday, Oct. 31.

According to police, the group of suspects approached two men around 5:42 a.m.,, demanded property and fired several shots; both men were struck by gunfire.

One of the men, a 39-year-old man, did not survive. The other 45-year-old man sustained non-life threatening injuries.

Police describe suspect #1 as an African-American male, 17-23 years of age, 5’08” and thin build. He was last seen wearing a black hooded jacket, black pants, black shoes and black mask. He was armed with a handgun.

Police describe suspect #2 as an African-American male, 17-23 years of age. He was wearing a white hooded sweatshirt and black pants.

Suspect #3 is described as an African-American male, 17-23 years of age. He was wearing black colored clothing.

The suspect vehicle is described by police as a white 2009 Volkswagen Tiguan SUV.