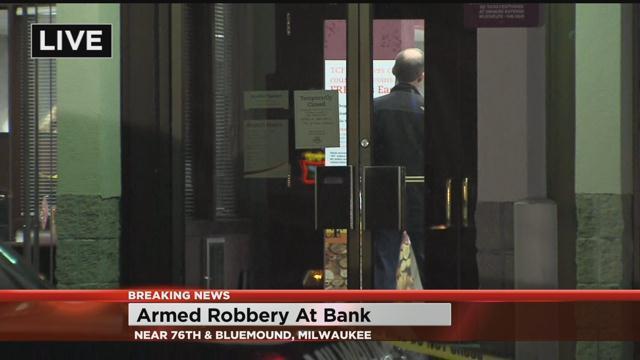 Police said they were called to the scene around 3:00 PM after a male suspect entered the bank with a knife and demanded money.

He took the money and fled the scene.

Police continue to search for the suspect,