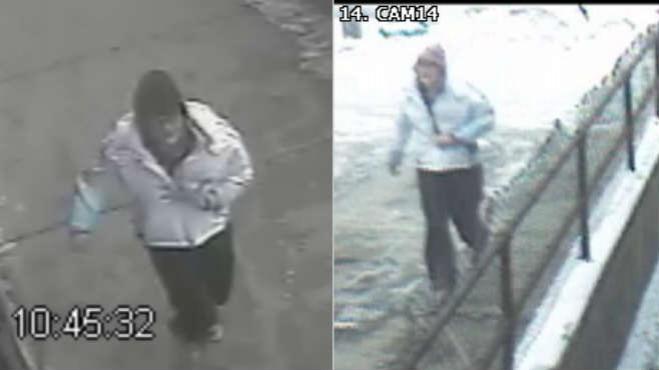 Police are asking for the public's help in identifying a suspect believed to have kidnapped a dog on Milwaukee's south side. Police say the dog was stolen from the 2100 block of S. 15th St. around 10 p.m. on January 14.

Investigators say the suspect walked back and forth in front of the victim's yard before reaching over the fence and stealing the three-month-old Chihuahua. The dog theft suspect is described as a white female, between 20-25 years old, 5'8\", wearing glasses. During the dog theft the suspect was wearing a stocking cap, white waist-length puffy coat with a white hood, black pajama pants, and high-top basketball shoes.

Anyone with information on this dog theft are asked to call Milwaukee Police at 414-935-7222.