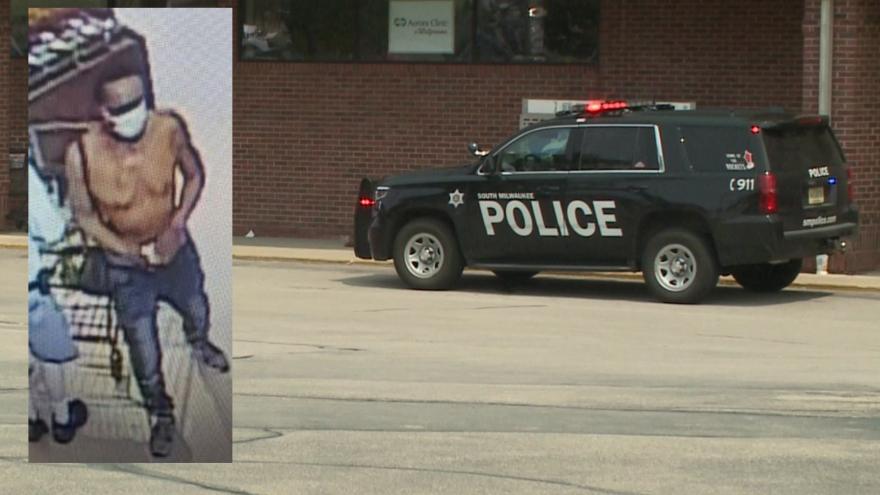 Police announced the arrest of the South Milwaukee man on Saturday.

They say a single suspect attempted to rob two businesses in the 2900 block of Chicago Avenue around 1:20 p.m.

The suspect implied a weapon at both robberies, but no weapon was seen.

He then fled the scene before police arrived.

The suspect is described as a Black male, 5'10"-5'11" with short black and gray hair and tattoos on his chest, back and arms.

He was wearing blue jeans, no shirt, gray and white shoes and carrying a small, black bag.

Anyone with information is asked to contact the South Milwaukee Police Department at 414-768-8060.