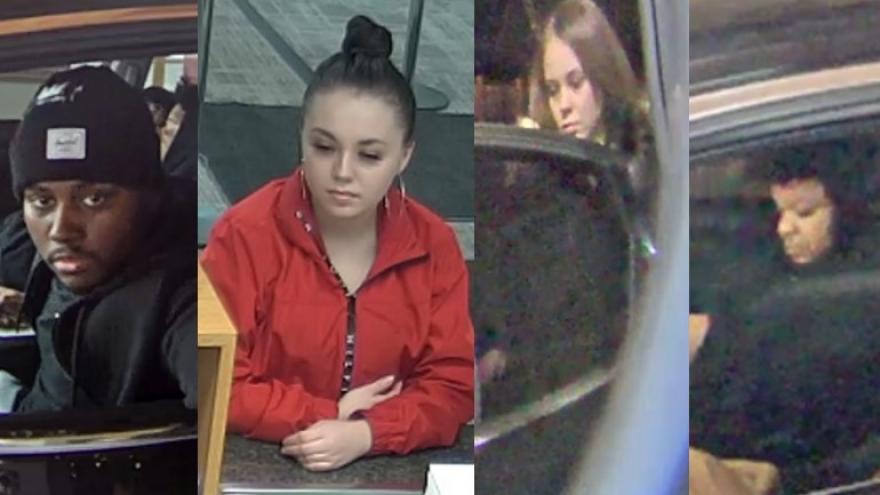 RACINE COUNTY, Wis. (CBS 58) -- Authorities are looking to track down four suspects believed to be connected to an ATM fraud investigation.

The Sturtevant Police Department reports on Feb. 1, they responded to an Educator's Credit Union on 90th Street for a fraud complaint.

According to police, Educator's branches in the Milwaukee and southeast Wisconsin area have been targeted and estimate a loss of more than $1,800.

Officials describe the suspects as two black males and two white females. In the most recent incident on Feb. 1, the group was driving a black Nissan sedan with Illinois plate BG60564.

Anyone with information on these suspects or incidents, you're asked to contact the Sturtevant Police Department at 262-886-7234.