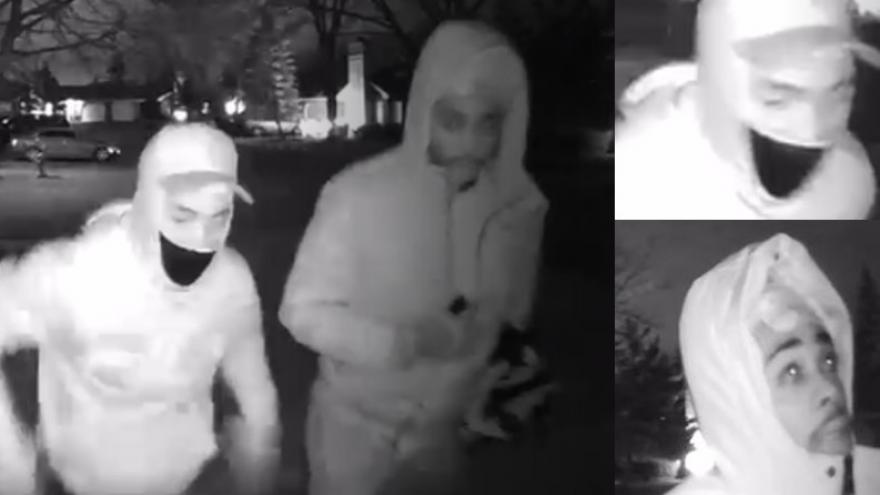 It happened on Dec. 22, in the 6900 block of North Lincolnshire Circle.

According to police, just before 6:15 p.m., two suspects forced entry into the victim's residence and removed property, which included several dogs. The suspects fled in four-door vehicle with tinted windows and damage to the front passenger side light.

Suspect #1 is described by police as an African American male, 20-30 years of and was last seen wearing a hooded jacket.

Suspect #2 is described by police as an African American male, 20-30 years of age. He was last seen wearing a black mask, baseball cap, hooded sweatshirt and dark colored pants.