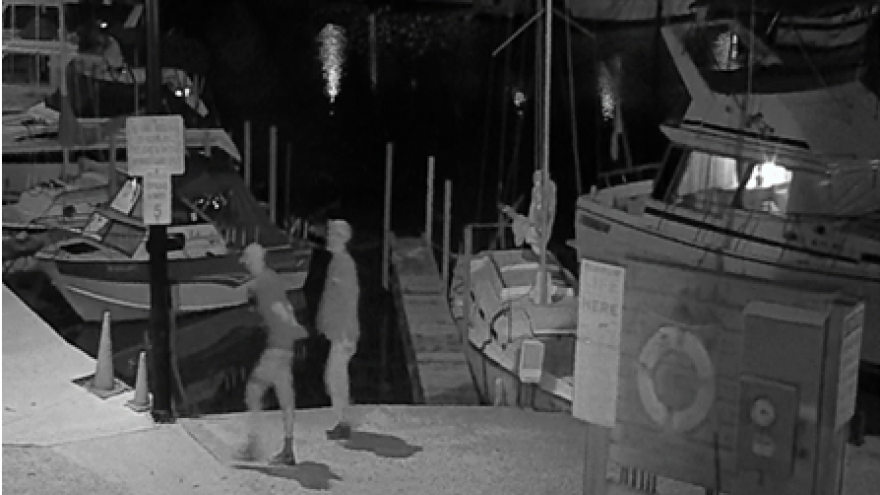 Police say the suspects stole fishing and boating equipment from several boats during the early morning hours of July 3.

The suspects are described as two white males. One was last seen wearing long pants and a baseball cap.

The other was wearing shorts, work boots, and a baseball cap.